The Island of Alcatraz was inhabited by the indigenous people who arrived there 10,000-20,000 years ago. The first known inhabitants of the island were the people of the Miwok and Ohlone tribes who lived around the coastal areas between Point Sur and the San Francisco Bay. How these people used the island is difficult to document as most of the oral histories of these tribes were lost. It is believed that the indigenous people used the area to collect food, namely bird eggs, and marine life. They also used the island as a place of banishment or isolation for members of the tribes who did not adhere to the tribal laws and ways of life. Years later when the Spanish were building missions along the western coast, many tribe members fled to the island and hid there to avoid the forced Christianity being imposed on them. This small uninhabited island surrounded by cold swift currents and with sparse vegetation was named ‘La Isla de los Alcatraces‘ which translates to ‘Island of the Pelicans’, by Juan Manuel de Ayala in 1775 as he chartered the San Francisco Bay area.  In the late 1800’s the military identified the strategic position of the island as a defensive position of the Bay area, and an order was passed reserving the island for military use. The military began constructing a fortress at the top of the sandstone rock and by 1854, Alcatraz was home to the first operational lighthouse on the West Coast.

The US Army began holding military prisoners at Alcatraz by the late 1850’s. Being an island surrounded by cold strong currents of the San Francisco Bay waters and away from the mainland, Alcatraz was a perfect place to hold prisoners as it was assumed that no one attempting an escape would swim and survive the cold waters of the Bay. As a military prison, Alcatraz inmates included Confederate sympathizers, citizens accused of treason and rebellious American Indians who disputed land agreements with the federal government. During the Spanish-American War (1898) and the early 20th century the inmate population at the island grew, and the military used the growing inmate labour population to construct the cell houses and other prison amenities and by 1912, Alcatraz was the worlds’ largest reinforced concrete building.

After 80 years of occupation, the US Military relinquished Alcatraz to the US Justice Department, which wanted a Federal Prison to incarcerate criminal population too dangerous or difficult to house at other US Penitentiaries. In July 1934, by making the existing complex at Alcatraz more secure, it became a maximum security, minimum-privilege facility with a guard-to-prisoner ratio of 1:1. The inmates of Alcatraz who came to be known as ‘the prison system’s prison’ had four basic rights – food, shelter, clothing and medical assistance. Anything more than that was an earned privilege through good reformed behaviour and these earned privileges which included corresponding or meeting with family members, access to the prison library, and recreational activities such as music, painting and working. 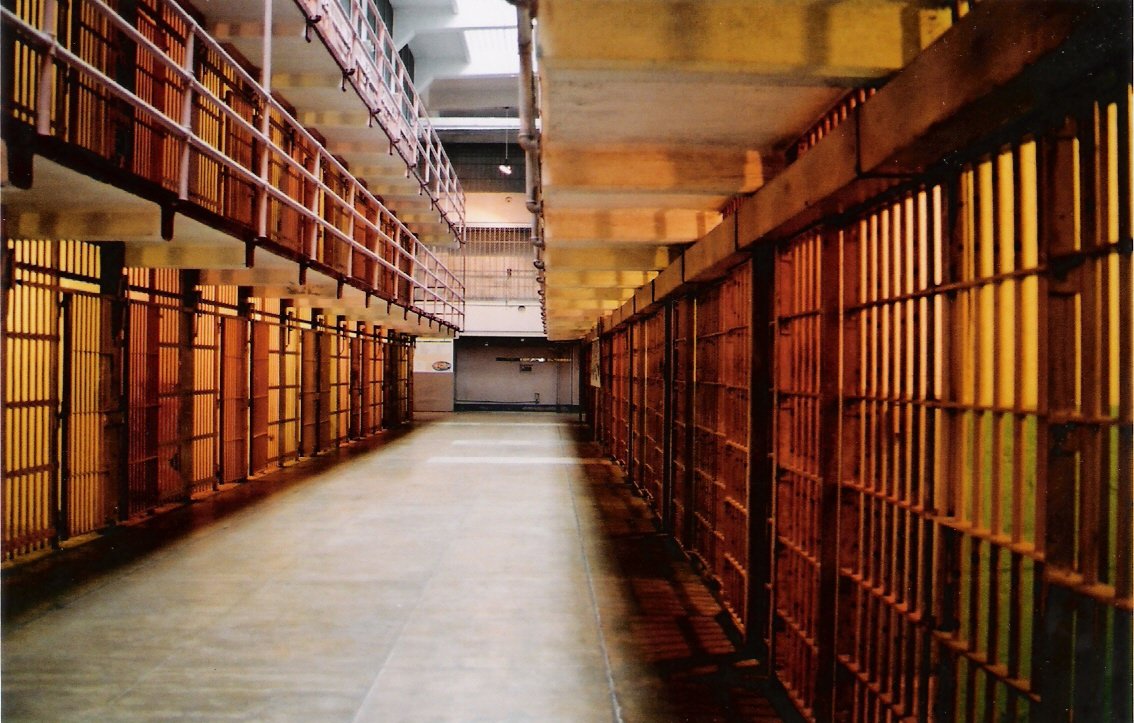 Alcatraz housed close to 260-275 inmates at a time although it had a capacity of 336 inmates. Some of the more well-known and rather infamous inmates at Alcatraz were Al Capone (Scarface), George Kelly (Machine Gun), Alvin Karpowicz (Crazy Kelly), Robert Stroud (Birdman), Roy Gardner, Henri Young, James Bulger and Mickey Cohen. During the 29 years that Alcatraz served as a Federal Penitentiary 14 attempts were made by 36 inmates in separate escape incidents. Of these 36 inmates, 23 were caught, 6 were shot and killed during their attempts, 2 drowned, and 5 inmates are to this date missing and presumed dead.

The Famous Escape from Alcatraz in 1962

While every escape attempt from The Rock has held the interest of many, perhaps the most intriguing to this date is the escape in 1962, when Frank Morris and the Anglin brothers, Clarence and John disappeared from Alcatraz, never to be found either dead or alive again. ‘Escape from Alcatraz’ attempted to document this escape and further added mystery, intrigue and public interest to this escape and the inmates who disappeared. While the authorities maintain that these three inmates drowned, a lot of mystery conspiracy theories and speculation still circulate that they made it out alive. The FBI closed their investigation on this case in 1979, sighting that there was no credible evidence suggesting that the Anglin brothers and Morris were still alive in the US or overseas. The US Marshals Services, however, are investigating leads to this day. The Marshals Services claim that the investigation will remain ongoing until they find conclusive proof that the men are deceased or until they turn 99 years of age.

Amid the claims of the authorities that presume the men drowned and the ongoing Marshals Service investigation, the family descendants of Clarence and John Anglin, firmly believe that the brothers and Morris made it and are alive. The family has furnished photographs and Christmas cards that they claim the Anglin brothers sent them sporadically. The nephews and sister of Clarence and John allegedly believe that the brothers were in touch with them right until the mid 70’s. Lately, in 2013, the San Francisco Police Department received a handwritten letter, supposedly from John Anglin proposing a trade – that he would return and do time for 1 year and in return be allowed cancer treatment. The letter further alleged that Morris had died in 2008, and Clarence in 2011. This letter fuelled renewed interest in the case but all further investigations ended inconclusively, and the case is still open.

While the fate of the Anglin brothers and Morris, will remain the stuff of legends, and continue to be one crazy conspiracy theory that actually turned out to be true, new scientific evidence now suggests that the trio might have made it out alive, and lived their lives incognito. Computer models that consider the Bay tides, winds and other factors reveal that the inmates stood a small chance of survival if they started paddling their raft between 11 pm and midnight heading north towards Angel Island. During the investigation, remains of the paddle boat and other belongings of the trio were found on Angel Island, and so rumour has it that these inmates did escape the island that night, while authorities continue to maintain no one ever made it out of Alcatraz alive.

After being a Federal Penitentiary for 29 years and having housed 1576 inmates over the years Alcatraz closed its doors in 1964, due to high operational costs and deteriorating infrastructure.

A group of Native Indians led by Mohawk activist Richard Oakes claimed the island on behalf of the “Indians of All Tribes” in 1969 and hoped to establish a university and museum on the island. However in 1971, President Nixon removed the Native American occupiers, and in 1972, the island became part of the Golden Gate National Recreation Area and was open to the public in 1973. Today, Alcatraz attracts more than 1 million tourists a year.