An indoor punching bag is one of the most versatile pieces of workout equipment for any boxer, including beginners. In addition to building upper body strength, endurance, flexibility, and speed, it’s a great cardio exercise, burning 500 to 800 calories per hour.

Aim to work out at least twice a week for an hour or more, although beginners may want to start out gradually and build up to lengthier workouts. Those who want to progress fast should do 3 to 5 workouts each week. 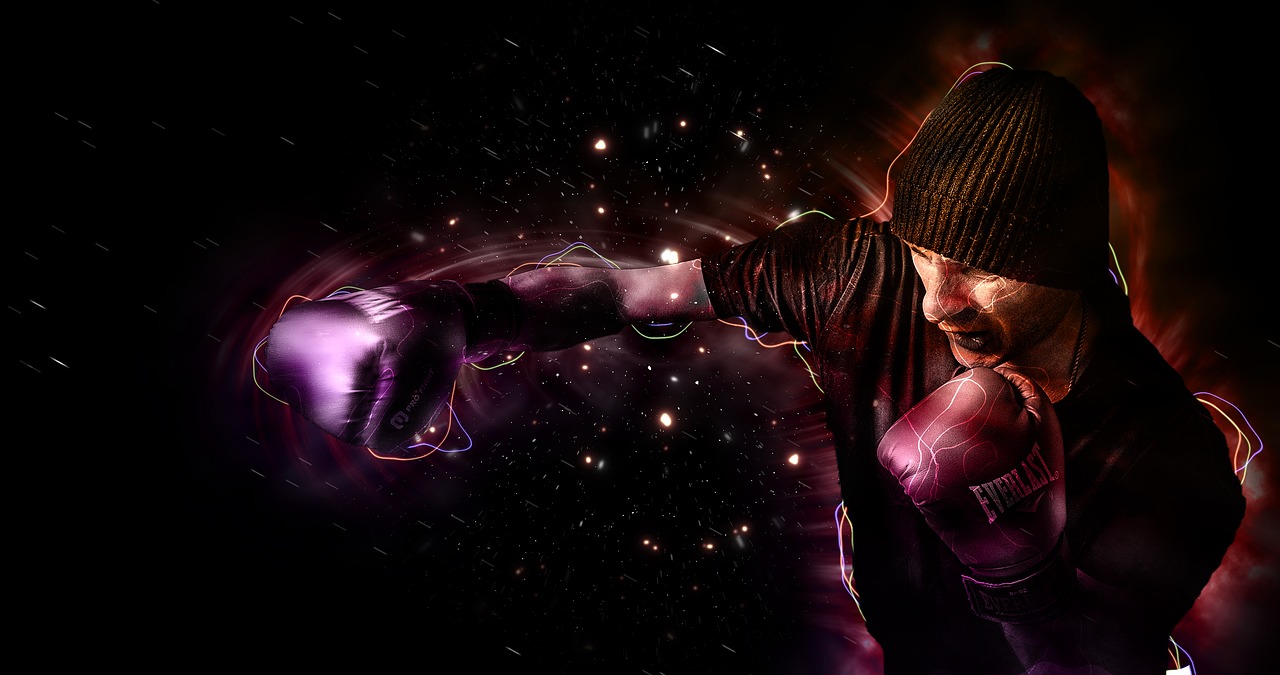 A training drill that’s great for those who’ve had a tough day and need to let out some steam, this exercise is focused on power. You’ll need to protect your hands by properly wrapping them and then focus on just one punch. Instead of punching in rapid succession, deliver one powerful blow each time, landing harder with every punch.

Isolate each punch, throwing as hard as you can. Find the angle of your knuckles that will allow you to deliver the hardest blow. You might need to play with the various angles to find the “sweet spot.” Start with a jab for the first round, followed by the cross, left hook, right hook, left uppercut, right uppercut.

A famous workout invented by Floyd Mayweather, you’ll hit the bag nonstop using straight punches at an easy pace. About every 15 to 20 punches, throw in a few hard hooks and uppercuts to break up the monotony and let your shoulders rest for a bit.

This one is tough on your lungs while mimicking the explosion of activity that occurs in a real boxing fight, getting your heart rate up followed by active rest.

Defense is important, and this drill is not only a good workout, it will help you get in the habit of automating your defense so that you don’t stiff upright after throwing a punch. You’ll perform a defensive move that’s quickly followed by a punch combination or a single punch. Defensive moves might include ducking to your right to avoid an opponent’s jab, then following up with a counter right.

Another option is to pull back like you’re dodging the jab of an opponent. Throw a straight right that’s followed quickly by a left hook. Next, duck under your opponent’s counter right.

It’s essential to develop the necessary punch speed for delivering quick blows to an opponent. The punch they don’t see is the one that’s going to knock them out, with the key putting together punches as fast as possible. It’s natural for any human to blink, so you’ll need to be quick enough to land the next one before your opponent opens their eyes.

To practice this, you’ll use a speed bag drill focusing on two punch combos. The goal is to make the two punches sound like one. The first round calls for a jab and cross combination, while the second is a straight right and left hook. Next, throw a jab and right hook. Round 4 is an uppercut, opposing hook combo, with the final round a freestyle of all the above combinations. With each, emphasize punching speed, throwing as fast as you can.