When you start skateboarding and want to make it a passion, it is very important to have a skateboard of a very good brand.

In this way, you are sure to progress very well and above all to evolve quickly. As in any sport, when you are well equipped, you enjoy the activity much more and this is quite the case in skateboarding.

If you are a beginner and want to start with a good skate, then keep reading.

In this post, you will discover the 5 most recommended brands in skateboarding. 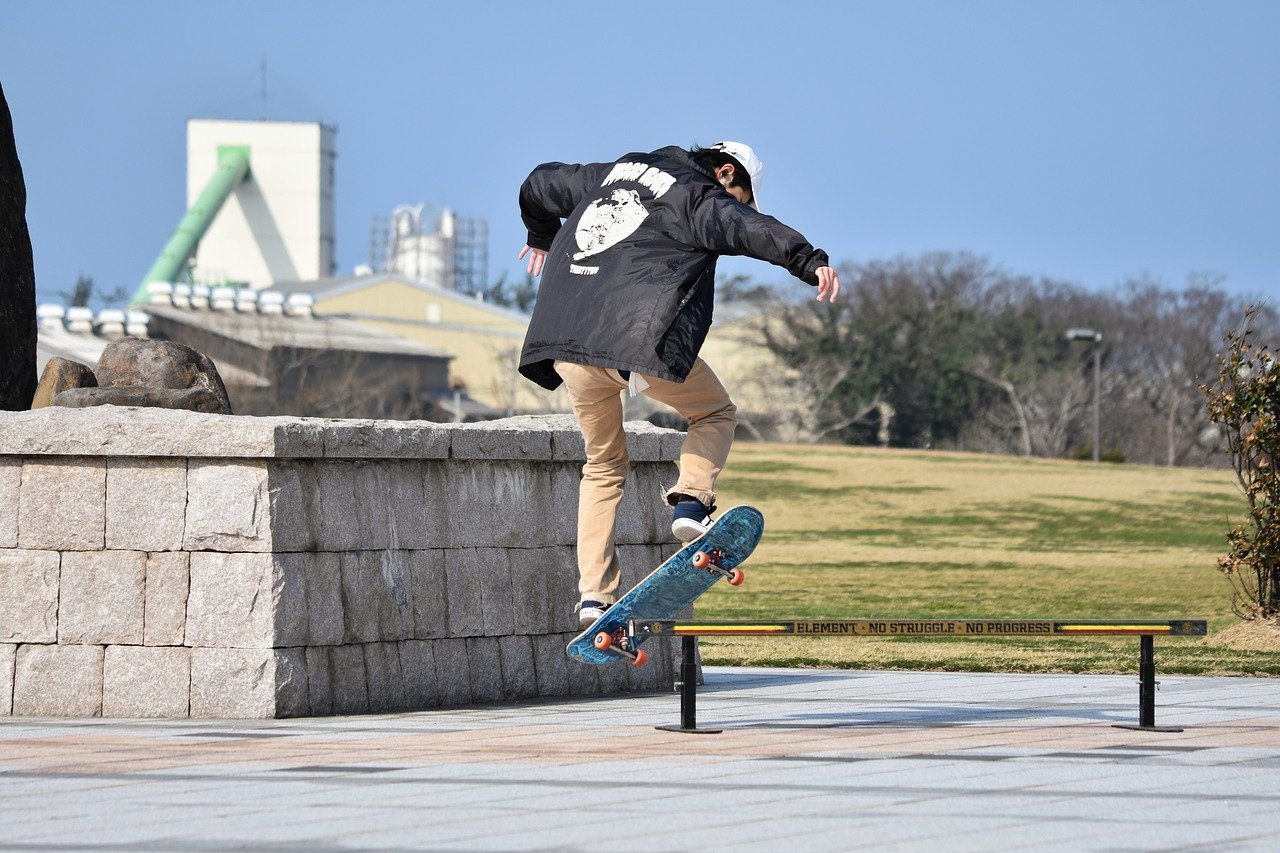 Probably you already know some brands since they are very popular and by the end of your reading, you will have found the one that suits you best.

In addition, for each of the brands, you will have two choices of complete boards or deck most recommended for beginners and advanced.

This way, you will not have to do hours of research and you can order it right after your reading.

Anti hero is a skateboard brand that has existed since 1995. It was founded by a professional skateboarder named Julien Stranger.

The team that managed this company consisted of several pro skaters such as John cardiel, Roby Russo, Brian Anderson and many more.

It is a company that has managed to prove itself over the years and is one of the most popular brands still today. It is used by many professionals even during competitions.

The main logo of Anti Hero is the eagle. The reason they kept this logo is that after it was released, it was a huge success.

Subsequently, anti-hero created different designs for these skateboards with a message behind that attracted a lot of attention.

It was a way for Stranger to denounce certain things while having fun skateboarding.

It is a company that will forever remain one of the best in the world, because its creator is a very important and influential skateboarder even today.

This brand was founded by three friends in 1970. These people are Richard Novak, Jay Shuirman and Doug Haut.

At the time, their boards were much smaller and much less wide than today and were not used for the same type of activity. Skateboarding was mostly used for downhill and much less for street skating.

Subsequently, skateboarders developed this activity and began doing tricks in skateparks and on the street.

Santa Cruz has a pretty original logo called the screaming hand. It is the design that you will find the most on their boards and it has become up to date the iconic symbol of this brand.

In the history of skateboarding, it is one of the most successful companies and has been for 40 years.

Their success was created through their passion for skateboarding and the work they do to create boards of excellent quality.

Santa Cruz will forever remain one of the brands most loved by young and adult skateboarders.

It is an American company invented in 1978 and it is one of the oldest brands in the world of skateboarding.

It was founded by George Powell and Stacy Peralta. The brand name corresponds to the last name of each.

To create a place in the world of skateboarding, the two creators of the brand founded a team of about ten people who would ride only with their models.

Over time, the company expanded its team and they had professional skateboarders who made skateboarding history including Tony Hawk.

In order to increase their popularity, they made several films and were named the most influential skateboarders. After this great success, the brand has made a big place in the market and still today it is very popular.

Subsequently, Powell founded other companies for skate equipment including bones bearings which is very well known and RollerBones.

Element is an American company founded in 1992 by Johnny Schillereff. There have been several famous skateboarders who have used this brand including Nyjah Huston, and Chad Muska.

This is a company that at the time was called Underworld Element and that decided to keep that Element.

The name and logo of this company constitute the 4 important elements in this world: water, earth, fire and air.

They wanted to connect the pleasures of skateboarding with nature. If it is something that touches you, then you should choose this brand.

It is one of the best known in the world of skateboarding, because Element has excellent quality products. Whether you are a beginner or not, you will feel the difference with brands that offer lower quality boards.

It has been one of the most influential companies in the world of skateboarding and that is not going to change.

Zero Skateboard is a company founded in 1996 by Jamie Thomas. In its early days it was a clothing company and later it turned into a skateboard company.

The designer was the first to use the very first Zero board at the professional level. Their graphic consisted mostly of skulls and it had pleased a lot of people which helped their popularity.

The image of Zero skateboard was mostly devoted to street skating.

The videos when skateboarders were doing very difficult tricks, ramps, grind and more had attracted a lot of attention and people started to take an interest in the brand and buy their products.

They have simple designs and it is mostly devoted to the quality of their product and the image that Zero skateboard was going to give off.

Their boards can very well be used by both advanced and beginners. So, in any case, if you like the brand, then choose this one.

You have discovered through this post the history of the best skate brands. You will notice that there are similarities in each of the stories.

The reason is that for a company to be loved and for people to have confidence in it, it is important to see influencers and professionals use them.

Some brands will please you more than others thanks to their design or history.

In any case, you will never be disappointed with your choice, because these are the best skateboard brands.