It’s well known that there are a lot of unethical practices involved in raising livestock today. While some farms are dedicated to the ethical treatment of their animals, others use less-than-ideal methods. 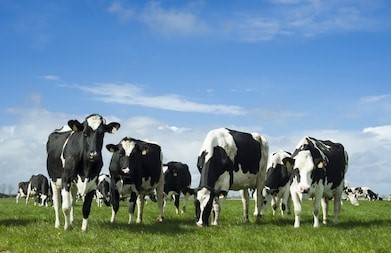 This article will delve into some of the benefits that come from raising livestock on pasture, including the health benefits of eating pasture-raised meat and the well-being of the animals involved.

Did you know that pasture-raised, grass-fed meat is better for you than factory-farmed meat? It makes sense that healthier animals would produce more nutritional meat, and the differences are noticeable. Online stores such as Seven Sons Farm Shop and others like it are advocates for grass-fed meat.

Green plants provide animals with more nutrients, meaning that their meat contains more essential vitamins and antioxidants. For example, eggs collected from pasture-raised hens have more folic acid, vitamin B12, vitamin E, and carotenes (which are converted into vitamin A). Cow’s milk is also more nutritionally fortified when the animals are pasture-raised.

Because of overcrowding in factory farms, the animals that go to slaughter are often caked in manure, meaning that the meat could be exposed to harmful bacteria such as E. coli. Bacteria like E. coli are more dangerous coming from grain-fed animals because of the acidic environment in their digestive systems that results from undigested starch. This environment makes bacteria more infectious to humans. Even just five days of pasture feeding before slaughter can decrease the E. coli population significantly.

There are numerous benefits to the animals that come with pasture feeding. Grazing is a natural behavior for livestock, and being allowed to act out their instincts makes for happier, healthier animals overall. They also don’t have to deal with the high levels of stress that come from overcrowding and restricted movement.

Grain-fed animals can develop all types of health problems from being fed a food that is unnatural for them. Cows have an organ called a rumen, which converts cellulose into fats and proteins, meaning they have evolved to eat and digest grass very efficiently. When taken off of a grass diet, cows can develop a condition called subacute acidosis. This can cause them to stop feeding, start eating things like dirt, and kick at their stomachs. Acidosis is also associated with liver problems and laminitis (inflammation of the hoof). Grain-fed heifers even develop extra fat tissue in the udders than can disrupt milk production.

Pasture raising livestock is less of a drain on resources than growing animals in confinement. USDA studies showed that one-third of the total nutrients consumed by the cows during the year were pasturage supplied, but cost only one-seventh of the total annual feed cost.

An animal raised in confinement require supplements and expensive facilities to keep the animals in. Feeding in captivity can cost up to six times more than allowing animals to forage.

The carbon footprint of foraged animals is also less significant because resources don’t have to go to raise large amounts of grain. Grassland is better than tilled cropland as the grasses remove excess carbon dioxide from the air and store it in the soil as organic matter. The environmental benefits of pastured animals is a huge benefit.

When you combine nutritional benefits, the well-being of the livestock, and the environmental improvements that come along with pastured animals, it’s easy to see that this method is superior to confinement. You will be making a difference in the lives of the animals that your products came from, and your health, as well as the environment, will thank you as well!