The United States of America has one of the busiest and most extensive air transportation networks in the world. The US alone accounts for about a third of the world’s total air traffic. Due to its geography and the long distances between major cities, travel by air proves to be the most reliable mode of transportation. Below are the top five busiest airports in the country.

Named after two significant Georgia politicians, Maynard Jackson and William B. Hartsfield, the Hartsfield-Jackson Atlanta International Airport is an airport of many firsts. It is the busiest passenger airport in the world according to 2015 statistics. It is also the most efficient airport and largest employer in the state of Georgia. 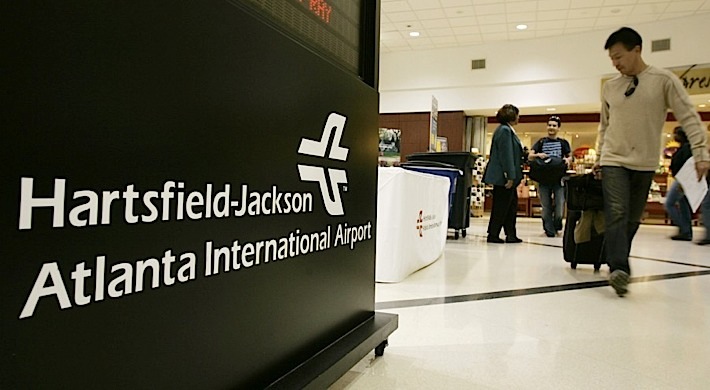 The airport is also the headquarters of Delta Airlines, the largest carrier in the world by passenger numbers. The gateway to America’s Southeast has five runways that can comfortably handle the 260,000 passengers that ply through this airport on a daily basis. The massive airport complex covers a total of 4,700 acres with 130 acres being the terminal complex. The economic hub continues to thrive as evidenced by new developments. Such include the new close by Porsche North American headquarters and on-site test track. This is life on the fast lane.

Second in the US and 4th in the world in terms of passenger traffic, O’Hare International Airport is located in Chicago, Illinois. Orchard Field was its original name and was renamed in 1949 in honor of Edward “Butch” O’Hare who single-handedly took on a formation of 9 heavy bombers during World War II. O’Hare is considered a major economic hub of America’s Midwest and is the headquarters of United Airlines.

Readers of Global Traveller voted it as North America’s best airport for 14 years consecutively. In 2013, the Airport Connectivity Quality Index also declared O’Hare as the airport with the best connections to airports in the US and the world. The airport covers almost 7,000 acres and is served with eight active runways. O’Hare’s architecture, educational and art exhibits have numerous admirers.

Los Angeles International Airport is the 7th busiest in the world and the busiest in California, the Golden State. In 2014, over 74 million passengers used Los Angeles airport making it the most travelled “origin and destination” airport in the world.

The designation LAX is popular with most travellers although many might not understand how it came to be. Originally, airports had two letter codes. Later the codes switched to three and many airports added X to the end. LAX is undergoing a major expansion project to handle the influx of travelers from the Pacific and Asia. Security at LAX is arguably the tightest among airports in the US. There are 22 full body scanners in the complex meant to detect contraband items. The recently added K9 dogs can follow the faint whiff of what authorities call “vapor wake” directly to the suspect.

The Dallas/Fort Worth International Airport is the main transportation hub serving the Dallas-Fort Worth Metroplex, home to more than six million residents and eighteen Fortune 500 companies. The seven runway airport was ranked 10th busiest in the world according to 2015 statistics.

As its said, everything is bigger in Texas and the Dallas/Fort Worth International Airport is no exception. It is larger than the island of Manhattan and even has its own zip code. Its central location in the country allows it to offer flights to over 200 destinations within the country and across the world.

During excavation of the airport, fossilized bones of plesiosaur, a marine reptile were discovered on the site and are on display in the airport’s Central Utilities Plant.

As New York City’s main airport, JFK sees departures and arrivals from almost every destination in the world. A section of the airport is strictly cordoned off for military purposes but most importantly the Air Force One. Adding to its already impressive reputation, JFK Bay Runway is also used for space shuttle landing. Also before they were relocated to the 9/11 Museum and Memorial, some of the 9/11 remains were kept at the airports Hangar 17. JFK’s cargo building witnessed the largest cash robbery in America back in December 1978. As these facts reveal, JFK remains to be one of the most mysterious, secretive, and interesting airports in America.