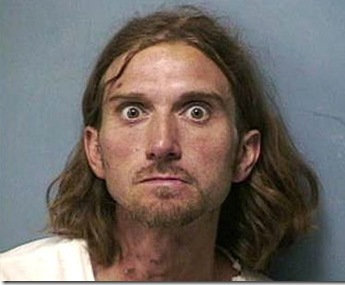 Never trust strangers. That is something most of us were taught by our parents or guardians at an early stage of our life, especially if the stranger says he is a sorcerer who can turn you invisible whilst you rob a bank!

Unfortunately, for one man in Iran, he made the mistake of trusting a fake sorcerer who convinced him that he was invisible and could rob a bank safely. The man explained to the court that he had paid five million rials (just under £290) to a wizard imposter, who in return gave him a set of spells to tie to his arm. The fake sorcerer explained to him that the spells would make him invisible, and that he could then rob banks all he wanted.

The man’s ill-fated attempt to rob the bank started to go wrong after he entered the bank and started randomly snatching money from the hands of customers, before they decided to act quickly and overpower the thief.

The man told the court, ‘I made a mistake. I understand now what a big trick was played on me.’