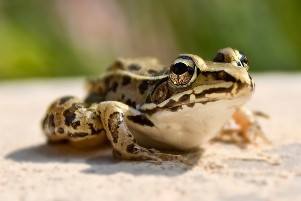 The Disney film ‘The Princess and the Frog’ is about the really important things in life. However some kids learned another lesson after watching the movie: kissing frogs can lead to salmonella poisoning and hospitalization.

Over 50 children, most of them young girls under the age of ten tried to imitate the film’s main character Tiana, who kisses a frog and gets a prince. Of course the first time she kisses it she just gets turned into a frog herself and since frogs carry salmonella, maybe the children did a fairly faithful reenactment after all.