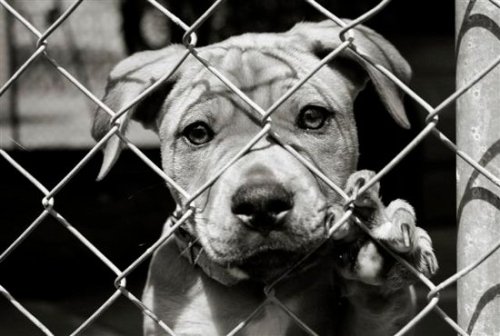 Whilst any and all animal cruelty is despicable, it might surprise you to learn that over 70% of cruelty to any animal involves dogs. Bred over the years to become man’s best friend, crime and violence has turned dogs to be both neglected and used as weapons. From patrolling criminal’s homes for intruders without being adequately fed, to being pitted against each other in organised dog fights, cruelty to these beautiful and intelligent animals is prevalent the world over.

For people in England or Wales, if you are witness to any dog cruelty or need advice contact the RSPCA or Dog’s Trust.

Over 50% of all fur imported is from China where animals such as dogs and cats are skinned to death for their pelts. Whilst this in itself is an unethical way to kill an animal, there are also issues surrounding labelling, meaning we don’t always know what we are buying/wearing. The fur trade is seen as a taboo subject, and whilst it may be distressing to know we are wearing the fur of another animal, providing fur is responsibly sourced from a caring supplier then the trade of fur is generally considered fine.

Despite a complete ban between most of the countries in the world, Japan, Norway and Iceland still kill on average around 2000 whales each year between them. The ban came into place in 1986 and is only being abused due to a loophole by these few countries. Due to alternative products being made in lieu of what whales were previously used for whales are mostly now only hunted for their meat, which is considered a delicacy. This needs to stop to allow the population of these amazing animals time to recover.

For information with whaling issues you can contact the Whale and Dolphin Conservation.

Whilst circus acts are seen as all good fun, when you look into the way the animals are treated it is quite alarming. Whilst animals such as tigers naturally fear fire they are forced to perform tricks and jump through flaming hoops etc. Their trainers use unethical ways to keep them in check, with whips, chains and muzzles forcing them into performing situations. It is said that 96% of a circus animals life is spent in chains, whilst being transported around the country in small, cramped spaces with no room to exercise.

To help, you can contact Last Chance For Animals  and PETA

It is estimated that worldwide, over 100 million animals, such as birds, mice, rabbits, cats and dogs are used in laboratory settings to test out products such as cosmetics, drugs and chemicals. Whilst we may owe some life saving products on these sort of tests, it is imperative we put an end to the unnecessary suffering and loss of life for these animals when there are other means available to test products out.

Not all animal abuse relates to our furry friends, with birds often suffering terrible conditions too. Due to the exotic bird trade almost 1/3 of all species of parrot are close to extinction. The bird trade often involves terrible treatment for these beautiful creatures, with poachers capturing them by “gluing” their feet to branches in order to easily manipulate the bird into captivity, oftentimes leads to their deaths. Whilst acts have been put in place such as the 1992 Wild Bird Act and Europe banning the import of all caught wild birds, the trade continues to thrive, with breeders still selling the birds for upwards of thousands each. The Gabriel Foundation does excellent work for exotic birds.

Third behind the drugs and weapons trade, exotic animal trading is a huge black market industry. In the United States of America alone it brings in $15 billion, with exotic animal owners often not realising what they are in for when they buy a turtle, monkey or other exotic animal. The unfortunate thing for these animals is they are taken from their natural habitat and sold to often suburban places in climates that they are not supposed to be in, causing tremendous amounts of suffering. This, coupled with a lack of knowledge to care for the animals, leads the exotic animal industry to become open to a massive amount of abuse and neglect. For more information visit Keepers of the Wild.

An often overlooked and perhaps strange type of abuse, but animal hoarding is a serious problem in many places. An animal hoarder is often someone with a mental health condition, keeping an abundance of animals in poor conditions with no means to care for them appropriately. Someone who hoards animals may not realise the extent of the problem, with a lot of them being in denial about what is happening. Hoarding animals is illegal and comes with ramifications for those who are caught, but it is often difficult to tell someone is hoarding animals, though some clues may be a deteriorated home, strong foul smells from the he person’s house, unknown number of animals in their home and the individual may be anti-social or isolated from the wider community.

Raising animals in a sustainable, natural and moral way is one thing but often times chickens can be raised in abusive and neglectful surroundings, being kept in battery cages if they are raised for their eggs or kept in squalid and cramped conditions if they are being bred for their meat. With billions of chickens being raised for their meat each year, and hundreds of millions raised for their eggs, the demand can often outweigh the production, making farmers breed more and more chickens to keep up, leading to even poorer quality conditions for these largely intelligent animals. If you have any concerns about the quality of your eggs or chicken meat, you can always buy organic or from a responsibly sourced company. For further reading see PETA.

This large scale business operates for one reason only: profit. With little to no regard for the dogs wellbeing, safety and health, a breeder will introduce a multitude of dogs/puppies into a breeding environment for a quick sale. It’s almost like a production line for dog breeding. Whilst acts and legislations exist, such as The Dog Breeding Act 1973 it is difficult for local as well as nationwide authorities to properly police this industry. This makes it easier for a puppy farmer to breed at a high level, all while these poor beautiful puppies are being kept in awful conditions with no one to adequately care for them with the only reason for their life is a means to make someone profit. For any help or further information visit Do Something or Last Chance For Animals.

If you are interested in helping to save animals all over the world, check out the International Animal Rescue website.