We are all too familiar with the scenario – a relaxing picnic destroyed by flapping arms and mass hysteria, all caused by that ominous buzzing sound. Apiphobia, which quite a common phobia is derived from the Latin ‘apis’ for honey bee. Most people have been on the wrong end of a bee at some point, with some being more seriously affected than others. In the worst cases, a bee sting can lead to swelling and allergic reactions and therefore an aversion to bees is quite natural for the average human being. However, the “flight” instinct is often a socially conditioned response, as children grow up to see other people terrified of bees and then learn this behaviour themselves. 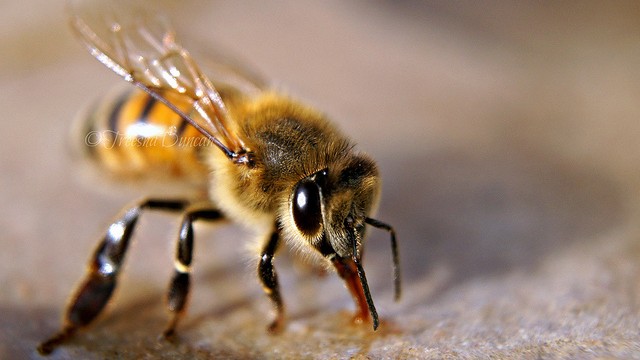 Apiphobia is also due to a lack of education of their importance. They are pollinators which means that they enable plants to reproduce. Without bees carrying out their vital role in our food chain, one third of the food we eat would be unavailable. Educating people on the role of the bee in our ecosystem could potentially help to reduce the fear caused by bees. They rarely sting unless they feel that they are in danger or need to protect their hive. Therefore, the instinctive reaction to flail your arms around and stumble to safety could leave you worse off!

Someone with serious apiphobia will experience similar symptoms to a panic attack when faced with their fear. These symptoms include an increase in heart rate, sweating, breathlessness and even fainting. For apiphobia sufferers, even the thought of bees or a bee sting could make them feel anxious. It is thought that this fear could have been worsened by wasps and hornets, which are more aggressive than bees. Perhaps some negative reactions towards bees are a case of mistaken identity?

Treatment options include exposure therapy which involves gradually bringing a sufferer closer to their phobia until they feel more able to control their anxiety. There is also Cognitive Behavioural Therapy, where sufferers talk about their fear and try to change the thought process that triggers their negative reaction. Some sufferers have also tried hypnotherapy, which is another method with a similar aim – to change the reaction of a sufferer when they come face to face with a dreaded bee.