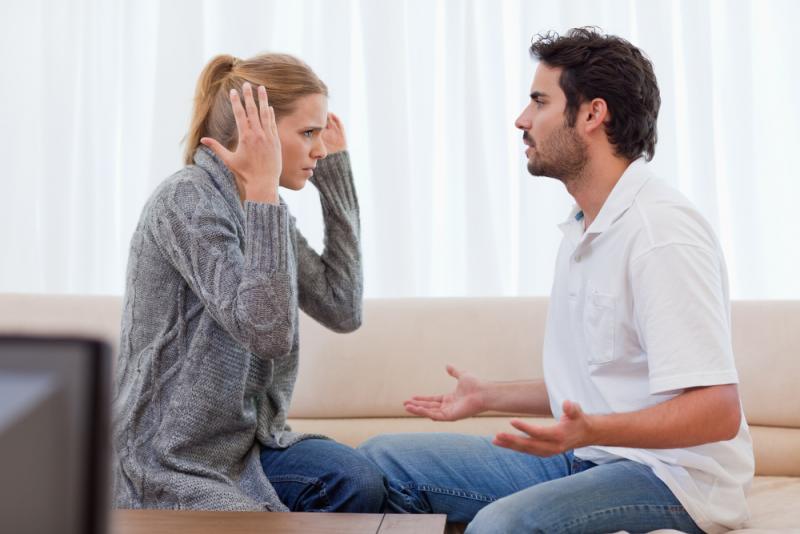 More than representing a lack of interest, not arguing in a relationship could in many cases be reflective of the level of comfort between two people. We tend to argue more readily with people with whom we are most familiar and comfortable with, such as our family members and friends we’ve known for years. When the comfort level is high when relating to someone, we feel more at ease expressing ourselves and being honest about what we really feel about this, that or the other. Diplomacy is used (and useful) when we are trying to make a good impression or sustain good relations with professional or social contacts, such as co-workers, bosses, and in-laws. This involves watching what we say, always reassuringly seeing where the person we are talking to is coming from and staying away from extremes (for fear of offending) when expressing our opinions on various matters. In addition to its potential for inducing boredom, excessive diplomacy in romantic relationships can also lead to an avoidance of disagreements, which according to research; can be detrimental to the longevity of a relationship.

An article by the Huffington post, entitled ‘Is Arguing the Key to a Long and Happy Relationship?’ supports the above and reports that according to an Indian study conducted by a dating website, 44% of couples believes that arguing “helps the lines of communication stay open.” Occasional bickering demonstrates that the couple in question care about one another; complete lack of conflict, on the other hand, denotes a suppression of feelings, which will inevitably erupt at a later time, and will likely be taken out of proportion as it has been allowed to fester, rather than being dealt with in a timely manner.

Arguments are not necessarily a negative occurrence in relationships, however many have argued that there are ways to argue effectively as well as less effective ways. The list of do’s and don’ts when arguing includes, focusing on finding a solution to a common problem, not on being right (leave your ego out of it), sticking to the issue at hand, don’t bring up an incident that happened three or six months ago unless it directly relates to the issue at hand; and last, but not least, be honest, but remain civil – don’t use words as weapons to hurt your partner, think of them as tools to hone in you negotiation skills.