Can you imagine what it would feel like to have an elephant standing on your chest as you try to take a breath? That is the comparison one child gave to describe an asthma attack she experienced. Now think about English professional footballer star David Beckham racing up and down the field or pop star Pink in the middle of very physical choreography on stage. They could have let asthma keep them from realizing their dreams, but they didn’t. 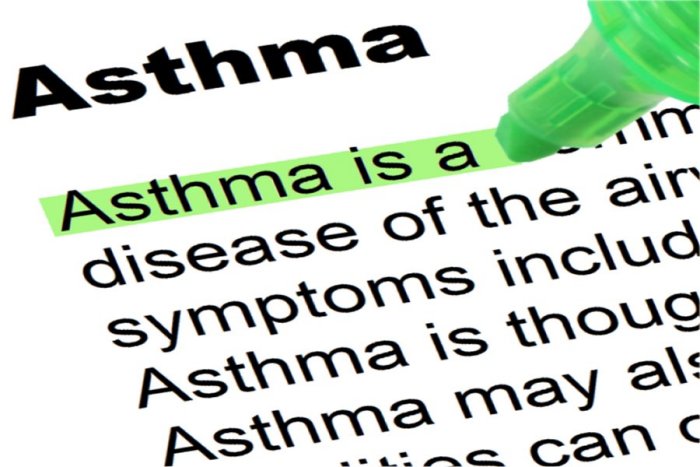 It is a chronic lung disease that causes a person’s airways to become constricted and fill with mucus. Some common symptoms of the disease include wheezing (rattling sounds), chest tightness (remember that elephant?), coughing, and shortness of breath. Or it could be back scratching, as that same child mentioned how she knows to check her peak flow monitor (a device asthmatics blow into to measure airflow out of the lungs). What triggers asthma attacks? Dust, mold, animals, insects, and pollen are common everyday triggers. Life is another.

David Beckham retired after a 20-year career. Two decades of keeping asthma in check as he bent free kicks (think of the movie Bend It Like Beckham), passing and crossing the field countless times. His professional career began with Manchester United in 1992 and ended in 2013 with Paris Saint-German. He was the first English football player to win league titles in four countries (England, Spain, the United States and France). Overall he won 19 major individual awards. Beckham was diagnosed as a boy and kept the condition from the press until he was seen using an inhaler on the sidelines. He wasn’t going to let asthma keep him from his dream. It didn’t.

Pink is known for her killer vocals but also for her acrobatic performances. In a Grammy appearance in 2010, she amazed all with a high-flying trapeze act while singing Glitter in the Air (from her album Funhouse). Rather appropriately she was a guest vocal on country star Kenny Chesney’s single Setting the World on Fire.Pink has blazed quite a path in the music world. Pink was born with a collapsed lung and diagnosed with asthma at age 2. How can she sing and perform stunts on stage? She learned to use her abdomen instead of her lungs. She wasn’t going to let asthma keep her from her dream. It hasn’t.

Pink has blazed quite a path in the music world. She was born with a collapsed lung and diagnosed with asthma at age 2. How can she sing and perform stunts on stage? She learned to use her abdomen instead of her lungs. She wasn’t going to let asthma keep her from her dream. It hasn’t.

Jerome Bettis played professional football in the United States for 13 seasons. The running back was nicknamed “The Bus” for his strong runs taking defenders with him. Bettis was named NFL Rookie of the Year and won a Super Bowl during his career. He was diagnosed with asthma after passing out during a high school football tryout. How did he handle another on-field asthma attack (he described as ‘someone putting a plastic bag over your head’)? A shot and a nebulizer (used to administer asthma drugs) – and time – yielded him a return trip to the game. He wasn’t going to let asthma keep him from his dream. It didn’t.

Jackie Joyner-Kersee is a four-time track-and-field Olympic star (including three gold medals). As a freshman college athlete, she couldn’t catch her breath after strenuous workouts. She tried to hide her condition from teammates and coaches. It wasn’t until years after being diagnosed with asthma that she started to take her medication as prescribed. That came after a life-threatening asthma attack. She wasn’t going to let asthma keep her from her dream. It didn’t.

Olympic ice skater Kristi Yamaguchi was also diagnosed as a child with asthma. Participating in cold air sports is difficult enough for healthy athletes. It’s considered too hard for most asthmatics because continuous activity in cold weather triggers exercise-induced asthma. As the name implies, it’s triggered by mouth breathing during cold air exercise. Yamaguchi became a gold medal winner at the 1992 Olympics.

Since retiring she has been a spokesperson for the American Lung Association. She wasn’t going to let asthma keep her from her dream. It didn’t.

Olympic diver Greg Louganis was also diagnosed as a child with allergies and asthma. The 18-month-old Louganis was attracted to dance, acrobatics, and gymnastics after watching his sister participate in the sports. These are not ones most asthmatics choose. By age 3, he was performing in local competitions. He next started trampolining (which is a competitive Olympic sport that combines acrobatics while bouncing).

By age 9, the California native was taking diving lessons. It was these lessons that would lead him to the Olympics. He won gold in diving events in consecutive Olympics (1984 & 1988), becoming the only male and only the second Olympian to do so. He wasn’t going to let asthma keep him from his dream. It didn’t.

National Basketball Association (NBA) Hall of Fame star Dennis Rodman’s professional career almost didn’t happen because of his allergies and asthma. The Dallas native was actually too short to play on his high school team (he stood 5’6” as a freshman). It wasn’t until he grew a foot in height that he was able to compete.

Rodman played on college teams at Cooke County College in Gainesville, Texas, and Southeastern Oklahoma State University. His skill set improved to the point he felt he had a chance to be drafted to play professionally. In 1986 Rodman dominated the Portsmouth Invitational Tournament in Portsmouth, Virginia. The tournament is the only showcase for just seniors. He did well enough to earn the Most Valuable Player award at the Tournament. Tryouts continued in Hawaii and Chicago, but his performances were nowhere near as strong. Teams began looking at other players to draft. However the Detroit Pistons trainer Mike Abdenour was friends with Rodman’s agent Bill Pollack. Pollack explained that Rodman had allergies and asthma that, when controlled, would allow him to play up to his potential. With the Pistons on board to give him a chance, Rodman was drafted. He wasn’t going to let asthma keep him from his dream. It didn’t.

World Asthma Day takes place on the first Tuesday in May. Since 1998, the Global Initiative for Asthma (GINA – by the United States-based National Heart, Lung and Blood Institute (NHLB)) and the World Asthma Foundation put together the annual event to create awareness, and care/support for people affected by the life-threatening disease. Asthma currently has no known cure, but the symptoms can be treated, allowing asthmatics to live a full life. Respect the condition.

That child who described an asthma attack as an elephant sitting on her chest and who consistently scratches her back at the start of an attack? She was diagnosed at age 2 ½ after turning blue in her pediatrician’s office and being rushed to the local children’s hospital. That child is my daughter.