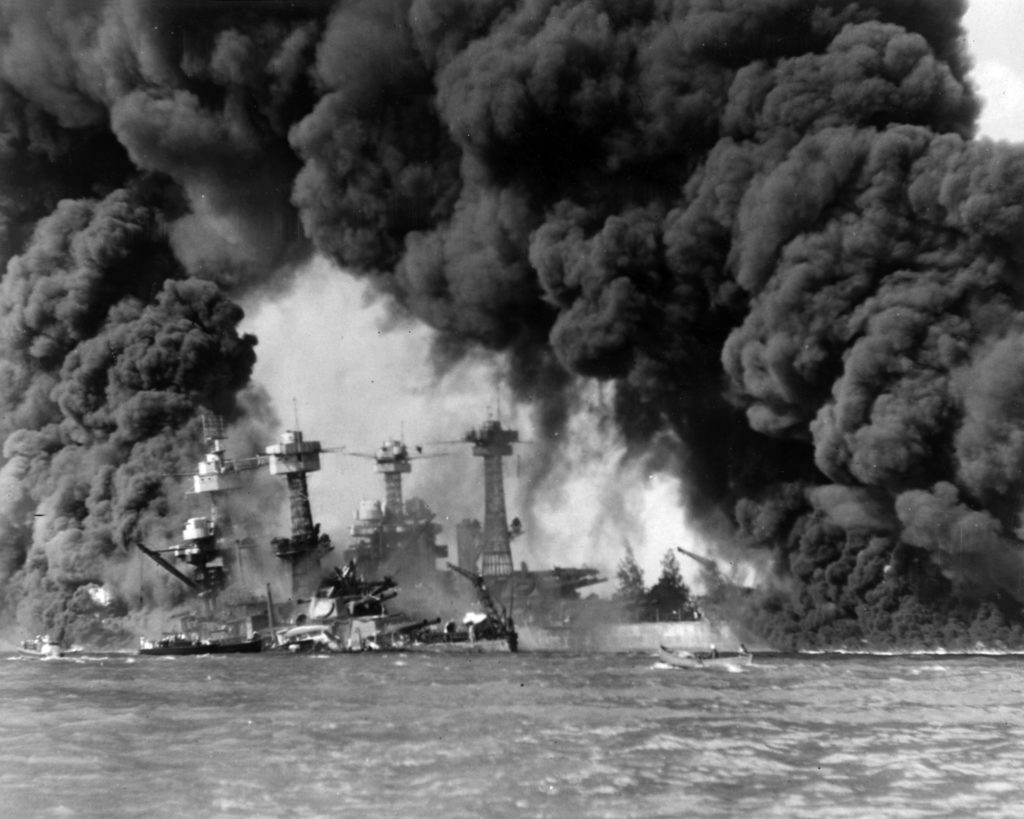 On December the seventh 1941, the Imperial Japanese Navy unleashed a surprise attack on the United States Naval base stationed at Pearl Harbor, Hawaii. Described by President Roosevelt as an act “that will live in infamy,” the Japanese killed 2,403, injured 1,178, sank and damaged four battleships, devastated three destroyers, and downed or wrecked close to 350 aircraft.

The attack sent emotional shockwaves through the American public and awoke a technological and industrial giant. The United States ended its policy of neutrality and set its sights on defeating Japan (and its axis allies Germany and Italy) to avenge Pearl Harbor. The attack on Pearl Harbor was not only a defining moment in American history, but in global events as well. Here are five interesting facts… 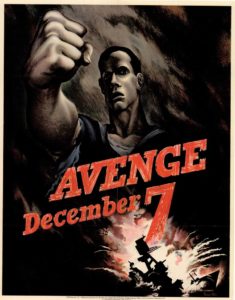 In a quote from the war movie, Tora, Tora, Tora, Isoroku Yamamoto, the mastermind behind the Japanese attack was quoted as saying Japan had “awoken a sleeping giant.” Though this quote is disputed by historians, similar sentiments are echoed by scholar David Kennedy, saying “[America’s] industrial base and large population would make it a formidable foe if it ever mustered the political will to fight, and probably invincible if the conflict were protracted.”

Up until that time the United States had adhered to a policy of isolationism which embraced economic protectionism and an aversion to international alliances. With the attack on Pearl Harbor, the United States declared war on Japan and her allies, clawed itself out of the great depression and mustered young men to lead the Allied powers in the West and the Pacific. With the defeat of Japan and her Axis allies in 1945, the United States had ended its isolation and emerged as a global military and economic power, ushering in the “American Century.” 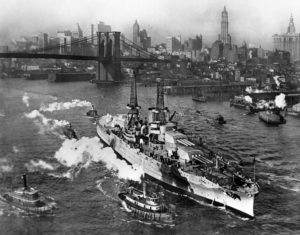 The USS Arizona, a Pennsylvania-class “super dreadnaught,” was violently destroyed by the Japanese when a bomb detonated in the ship’s powder magazine, taking 1177 souls with her. Not only does the Arizona still sit on the site of its foundering, but can be seen from the surface of the water. The emotional gravity of the ship is profound as oil has been leaking from her hull since 1941. Called the “tears of the Arizona” by many, nine quarts of oil out of a total of 1.5 million gallons bubble up to the surface each day. On account of the fragile ecosystem surrounding the harbor, scientists fear that leaks may increase as the ship rusts, leading to detrimental effects on the surrounding shoreline. Nothing much can be done other than having the NPS monitor the slow deterioration of the site which is designated a “war grave.”

3. The USS Arizona is a popular war grave 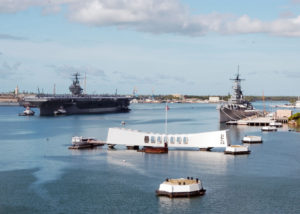 The USS Arizona sits at the bottom of the Pearl Harbor in under 40 feet of water and is now a popular war grave visited by tourists and veterans alike. Though the navy successfully salvaged large sections of the superstructure and main defensive weapons to contribute to the war effort, much of the ship was left behind. The creation of the now famous USS Arizona Memorial took over two decades to materialize.

In 1949, the Pacific War Memorial Commission was established with the sole goal of creating a tribute to all the men who lost their lives. In 1958, President Dwight D. Eisenhower enacted legislation aimed at creating the national memorial. In 1961, Elvis Presley raised over ten percent of the monument’s final cost, over 50,000$, by performing at a benefit concert at the nearby Block Arena. The memorial was finally completed on May 30, 1962.

Interestingly, many Pearl Harbor veterans who were stationed aboard the dreadnaught have chosen to be interred at the sunken site upon their deaths. Their urns are placed near the gun turrets while those who served aboard the ship prior to the attack are permitted to have their ashes scattered above the wreckage.

4. Most of the sunken navy vessels were resurrected

When the Japanese struck the US Navy ships at Pearl Harbor, their intent was to strike a crippling blow to the American Pacific fleet. Little did they know that the American people would not walk calmly into the distance. Buoyed by vengeance, the navy raised most of the eight sunken battleships as the US mustered its forces and entered the Second World War. Perhaps it’s poetic justice that ships hit by the Japanese would live to fight another day, but sadly both the USS Oklahoma and Arizona were too badly damaged to be raised from their watery graves.

5. Conspiracy theorists believe that the President allowed the Attack on Pearl Harbor to Happen – which is debunked! 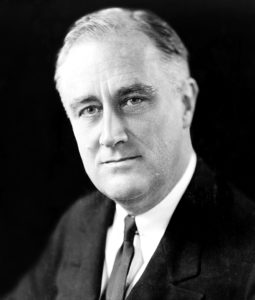 All major historical events have conspiracy theorists, so perhaps it’s only fitting that the attack on Pearl Harbor has garnered many. Some believe President Roosevelt had prior knowledge of the impending Japanese attack and let it happen in order to end US isolation. Thankfully for the reputation of the president, this conspiracy has been debunked.

Firstly, radio transmissions intercepted by intelligence organizations did not suggest any impending Japanese attack. Before the creation of the CIA, collaboration between the various organizations was slow and unreliable. The intercepted messages were interpreted as Japanese plans to assault Southeast Asia and not Hawaii. Secondly, the McCollum memo, one of many war-time scenarios drawn up by the military for any US administration, was composed to instruct the army in containing Japan and not attacking her. There’s no evidence such a document made its way up the chain of command to the president. Thirdly, incompetence existed at the naval base. Many falsely believed that American aircraft carriers were performing war games in an effort to save them from a Japanese assault. In 1941, aircraft carriers were still deemed unreliable weapons and were not considered the focus of the US Naval fleet. Continuing, American planes were left outside on the tarmac not in an effort to make them easy targets, but to allow armed crews to better protect them from saboteurs in cramped hangars. Also, some Japanese planes were ignored by radar from Opana Point. The young and inexperienced men under Admiral Husband E. Kimmel were told the planes were incoming B-17s scheduled to arrive in the morning. Such a large conspiracy would have been too big to not have had any leaks, let alone convincing the commanding officers of the base to knowingly put themselves and their subordinates in mortal danger.