People often confuse bacteria and viruses with each other but the fact is, they are very different from each other. Whilst viruses tend to be quite harmful, bacteria, on the other hand, is generally quite harmless. Check out these 30 interesting facts about bacteria that we’ve put together. 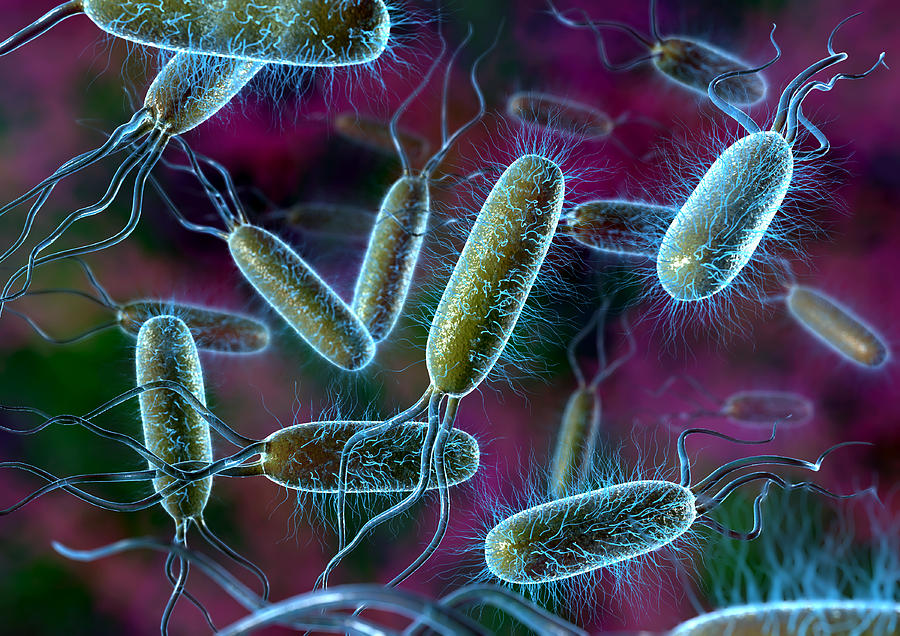 2. Each person on the face of this earth has a unique fingerprint, an ear print, and a bellybutton ecosystem! Yes, each of us has a different combination of bacteria living in there. In fact, scientists have been able to discover 1,458 new species of bacteria just by using bellybutton material. They even found Japanese soil bacteria in the bellybutton of one of the volunteers even though he had never been to Japan.

4. During the civil war, the wounds of soldiers used to get infected by worms. These worms released bioluminescent bacteria which glowed in the dark. In addition to this, these bacteria also killed off pathogens in the wounds thus increasing the life expectancy of the soldiers.

5. Researchers have discovered a species of bacteria which they have labelled as “Conan the bacterium” because it is highly resistant to insane amounts of radiation.

6. Earwax is made up of antibacterial components which makes it impossible for fungus or bacteria to grow inside the ear canal.

7. A researcher once consumed a beakerful of bacterial culture to prove that stomach ulcers were caused by bacteria and not due to stress. He won the Nobel Prize for medicine since he indeed developed stomach ulcers after consuming the culture.

8. Alexander Fleming discovered penicillin in the 20th century. He had already forewarned in the 1920s about the possibility of bacteria becoming resistant to antibiotics due to improper overuse.

9. One of the most favoured treatment methods for cancer is chemotherapy. However, one of the lesser popular methods is a urethral delivery of weakened bacterial strains of bovine tuberculosis that destroy cancer cells due to the resultant immune response. It is also considered much safer than chemotherapy.

11. Cattle release a vast amount of the greenhouse gas methane which causes global warming. In order to reduce these emissions, researchers are trying to discover means of harvesting the bacterium from the gut of kangaroos as they do not release methane at all.

12. Breast milk contains oligosaccharides (complex sugars) that enhance the growth of intestinal bacteria rather than acting as food for the infant.

13. Eggs that have not been washed are covered with a thin protective organic layer that makes it safer to store them on the shelf. However, these days eggs are washed by stores to increase their visual appeal. This process removes the protective covering and allows bacteria to enter and thrive inside the egg through tiny pores on the surface.

14. A large portion of human stools consists of live and dead bacteria.

15. Mayonnaise bought from stores is usually thought to cause food poisoning. However, this is not true, it, in fact, prevents bacterial growth in food. Picnic food poisoning is usually caused by other ingredients like meat.


16. One species of bacteria named Magnetospirillum Magneticum can travel in its environment using magnetic fields. It absorbs free iron radicals from its surroundings and converts it into active magnetite which it aligns in its body like a spine which can be used for travel.

17. Researchers have managed to use the DNA of nuclear resistant bacteria to write the song “It’s a Small World After All”. They have done it so that this message can be passed on to future inhabitant life on planet Earth, in case humanity is wiped out due to any catastrophic nuclear event.

18. The presence of the gene ABCC11 prevents human beings from producing sweat that harbours body odour bacteria. These people are mostly found in East Asia and usually, suffer from dry earwax.

19. Cloud bacteria are much better nucleators of precipitation and snow as compared to dust.

20. Heath professionals observed a spike in cases of urinary tract infections and pneumonia in 1950 when the US navy ruptured bacteria filled balloons over San Francisco. This action was a part of “Operation Sea-spray” which was intended to study the effect of wind currents on biological weapons.

21. C. botulinum produces the most toxic poison on planet Earth. Just one spoonful of this bacteria if distributed properly over the United States would eliminate the entire population of the country.

23. In the morning, the mouth may contain white foul-smelling chunks which people usually mistake for pieces of food. However, these are actually bacteria and hardened sweat from the tonsils.

24. Actinomycetes, a type of bacteria found in the soil is the cause of the smell that occurs after rains. It is the same bacteria that causes water to taste earthy.

25. In case of food is not available, bacteria are known to knowingly deregulate the proofreading mechanisms inside them in expectation of favourable mutations that might enable them to survive in those conditions. This is a perfect example of active evolution.

26. Antibiotics do not cure colds or sore throats because they are caused by viruses and not by bacteria. Taking antibiotics as a cure for them is actually detrimental to your health.

27. A closed cave was found in Romania in the 1980s during a sewer construction. The cave has been cut-off from the rest of the world for more than 5 million years. This cave is home to a chemosynthetic biosphere of organisms like worms and albino crabs that feed on bacteria which survive on anaerobic Sulphur reduction.

28. The bite of a human being is one of the most poisonous bites in the world due to the presence of bacteria in the mouth.

29. The human body contains about 2-5 pounds of bacteria inside it.

30. Warner brothers made use of bacteria in the promotion of their film named “Contagion”. They treated two large petri dishes with fungi and bacteria. These were then set in a storefront in Toronto. The organisms in the petri dishes grew to form the film name and biohazard symbols.