Milk Thistle is a herb plant that is native to Europe but also grows in North America and parts of South America and has been used for hundreds of years. Silybum marianum is the plant name for milk thistle and contain leaves and a fruit which traditionally have been both roasted or used in salads. Achenes (seed-like fruits) of milk thistle are the part of the plant that is medicinal with Silymarin, a complex combinations of flavonoids, being the active ingredient of milk thistle. 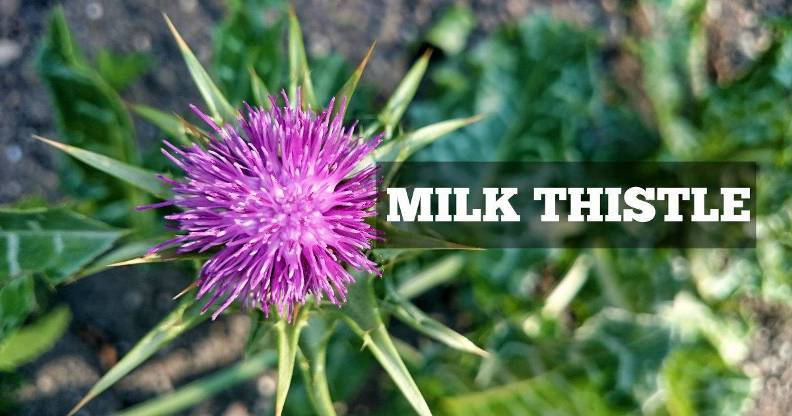 Though it can be used as a herbal tea, milk thistle tends to be taken as a tablet or as an extract in a capsule form. It has been known for its reported influence on the liver and has been shown to actually lower liver enzymes, therefore aiding those who drink alcohol or take medication. Lab studies indicate that silymarin causes synthesis and enzyme activity that are responsible for detoxification and cell defense.

Milk thistle seems to have anticancer effects against breast, prostate and cervical tumor cells. Studies have shown the effect of milk thistle’s silymarin on tumor initiation and propagation. Silymarin seems to have a chemoprophylactic properties through its anti-inflammatory mediatory effects. Findings also suggest that silymarin has a role in reducing the production and proliferation of cancer cells. Many clinical trials have demonstrated milk thistle’s efficacy in the treatment of subjects with biliary disorders, chronic hepatitis C or cirrhosis with the most common side effect only being mild gastrointestinal upset.

Here are some of the benefits of Milk Thistle:

Other Health Benefits of Milk Thistle

Overall Milk Thistle has several health benefits and an oral dosage of up to 400 mg per day is generally safe to use across most populations of people.