Okra (Abelmoschus esculentus) is one of the most well-known and widely used species of the family Malvaceae. Okra is grown in tropical and sub-tropical areas of the world. It was originally derived in Ethiopia but then spread to parts of North Africa, Arabia, India and the Mediterranean. There is not much information known about the earlier history and distribution of okra since during historical times there had been minimal contact between Ethiopia and the rest of the world.

Okra has various names that are used in many different parts of the world. In England okra is called, “Lady’s finger”, in the United States of America, “Gumbo”, “Guino-Gombo” in Spain and “Bhindiin” in India. In Ethiopia okra is also called, “Kenkase”, “Andeha” or “Bamia”.

Okra is ideal for cultivation on large farms for commercial sale, or it is also suitable as a garden crop. Okra is farmed commercially in countries such as Japan, Turkey, India, Iran, Western Africa, Brazil, Ethiopia, Pakistan and Southern United States.

Okra is a crop with multipurpose due to the different parts of the plant that can be used. The buds, fresh leaves, pods, flowers, seeds and stems can all be used. Okra green seed pods can be consumed as vegetables or added to soup, stews and salads either fresh, dried, boiled or fried. The entire okra plant is edible. The mucilaginous consistency of cooked okra tends to be added to recipes such as stews, sauces and soups to increase the thickness and consistency. The same mucilage from okra has traditionally been medically used as a blood volume expander and plasma substitute. The viscous adhesive solution that the cooked okra provides also works by binding to cholesterol. 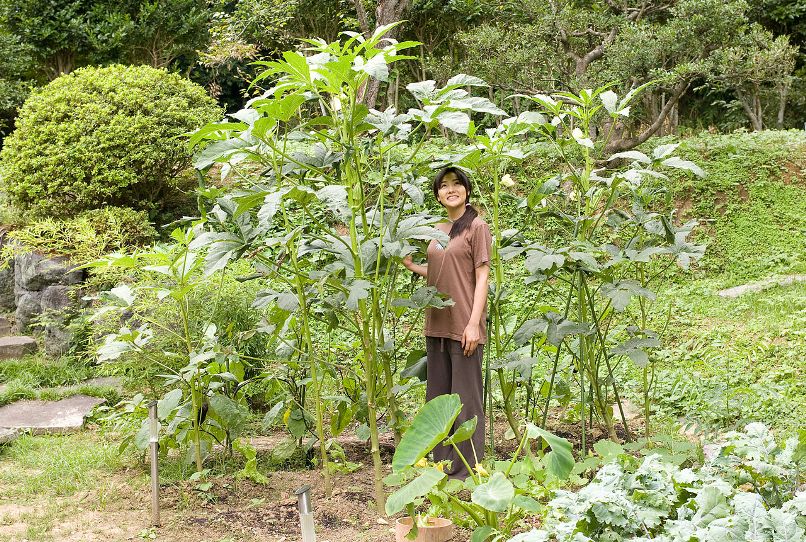 Okra seeds are a good source of protein and oil. Whilst Okra is not usually eaten routinely or is a dominant part of a person’s diet, the seeds have been used for the production of oil on a small scale. The seed oil from okra is a rich source of linoleic acid (almost 48%) and has been known as “a perfect villager’s vegetable” because of its dietary fiber, hardy nature and unique seed-protein balance of both tryptophan and lysine amino acids. The composition of amino acid in the proteins of okra seed is proportional to that of soybean.

Okra is also a very popular dietary food choice due to its high vitamin C, folate and fiber content. Okra is a good source of potassium and calcium as well. The pods of okra contain a mucilage that is a thick slime-like polysaccharide which can be used as a fat substitute in chocolate bar cookies and frozen dairy desserts.

Within the okra flower exist high amounts of total phenolics and flavonoids. Therefore okra makes for a solid antioxidant and promising chemopreventive agent. Okra contains an abundance of different vitamins, minerals and nutrients such a procycanidin B2 and B1.

The high fiber content in okra helps to stabilize blood sugar by regulating the frequency at which sugar is absorbed from the gut – assisting with diabetes management. The consistent use of okra (eating it everyday) might also help to prevent kidney disease. Okra treats digestive problems by removing the adhesion between bacteria and the stomach lining which prevents bacteria cultures such as Helicobacter pylori from spreading. Okra supports colon health by removing toxins and excess water.

Okra promotes healthy skin, hair and blood. It contains approximately 28% of our required daily intake of vitamin C, and 50% of vitamin K. Okra also supports healthy pregnancy by providing essential B vitamins necessary for creating viable new cells. The vitamin helps to prevent birth defects such as spina bifida. Vitamin C and folate that okra provides is also needed for a baby’s development.