Boxing Day is celebrated on December 26th, taking place after Christmas Day. In Ireland, it is also known as Saint Stephen’s Day and in other European countries such as Hungary, Poland, Germany, the Netherlands, and Scandinavia, it is celebrated as the Second Christmas Day. 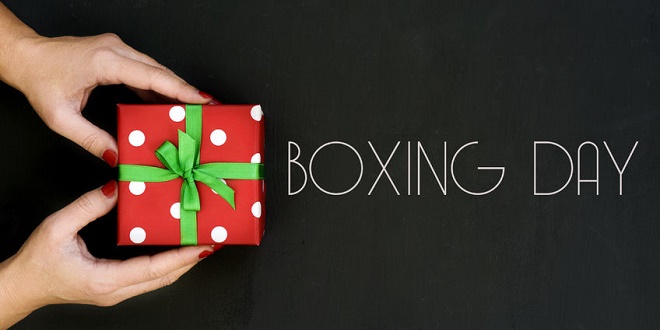 Where did Boxing Day come from?

Today, nobody is certain as to why the day is celebrated. The day originated in Britain and is why it is still celebrated in former British controlled areas. The origins of the day remain unclear but there are a variety of reasons behind it.

One suggests that it was the day when aristocrats often distributed small ‘boxes’ made of small gifts, money, and leftovers from Christmas dinner to their employees, who worked on Christmas Day in order to showcase good service instead of going home to celebrate with their families. The boxes subsequently acted as holiday bonuses.

Boxing Day had also been associated with charity. Some claim Boxing Day originated from donation boxes that were placed outside churches during the Christmas season. On Boxing Day, the clergymen would then go around distributing the donations to the poor in honour of Saint Stephen, the first Christian martyr and a man known for his generous donations.


Others claim the idea of donating on Boxing Day originated from Wenceslas, the Duke of Bohemia in the 10th century. The legend says that he witnessed a poor man collecting wood during a snowstorm and was so moved by this that he organised for surplus food and wine to be sent to the peasant man’s home.

Why do we celebrate Boxing Day?

Boxing Day still remains a mystery as to why we celebrate it. Typically, due to the legends of Saint Stephen and Wenceslas, the day was associated with charity. However, in modern times, people choose to donate throughout the Christmas season rather than reserving charity for one day only.

Today, Boxing Day is associated with relaxing and spending more time with the family and is reserved more for leisure purposes than charitable one.