Break a leg is an idiom. An expression or phrase that has a figurative meaning i.e. the meaning is not to be taken literally.  This idiom is traditionally used in theatre and means good luck.


What is the origin of “break a leg”?

Some scholars believe the term originated from Ancient Greece, where instead of clapping for performers after production, the audience would stomp their legs to show their appreciation. This meant that performance was well received and that the continual stomping would eventually lead to someone breaking their leg. Others believe it originated from the Elizabethan practice of audiences banging their chairs on the ground after a performance. It was believed that this meant performance was loved by the audience and that if the audience banged their chairs hard enough on the ground the legs of the chair would break. 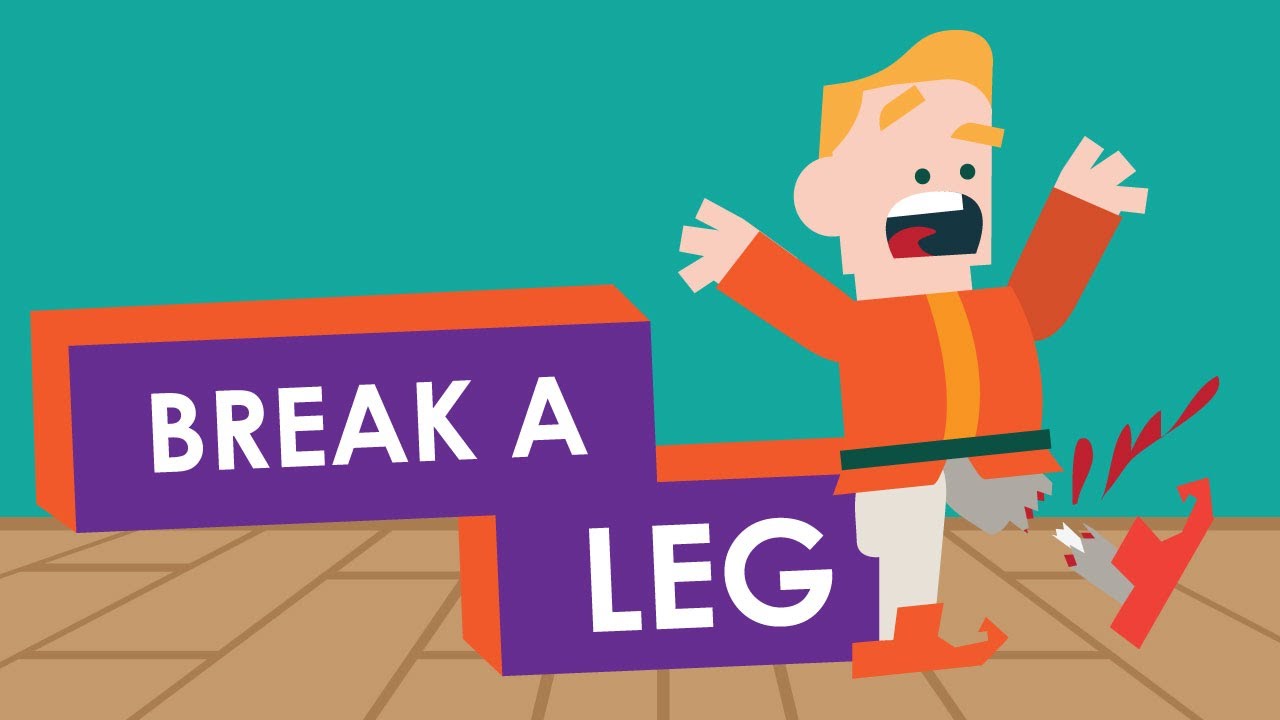 Theorists have gone on to suggest that the phrase was derived from the assassination of President Abraham Lincoln. John Wilkes Booth, the actor/assassin was said to have broken his leg during his assassination on the president. Due to his occupation as an actor, many believe that this is why the phrase is common in theatre however the theory has since been debunked.

The phrase is derived from the theatre, which is expertise well-known for its superstitions. The idea was that wishing someone good luck would result in the opposite, them receiving bad luck. Therefore, the opposite was used to intend good luck.

While the phrase is common in theatre, today, people use it on various occasions to wish good luck to people, for instance, job interviews, sporting events etc.