Parkinson’s disease is a medical condition which affects the way a body moves. This issue occurs when there is a problem with certain nerve cells which are situated in the brain. When these cells stop working, an individual can no longer control the way their body moves or reacts.

It is said that Parkinson’s disease can be found in both men and women, however, the occurrence of this condition is more than often found in men.

We often forget that Celebrities too are people and so we are unable to fathom the fact that they too might have serious medical conditions. Shared below are 10 such celebrities who suffer from Parkinson’s disease. 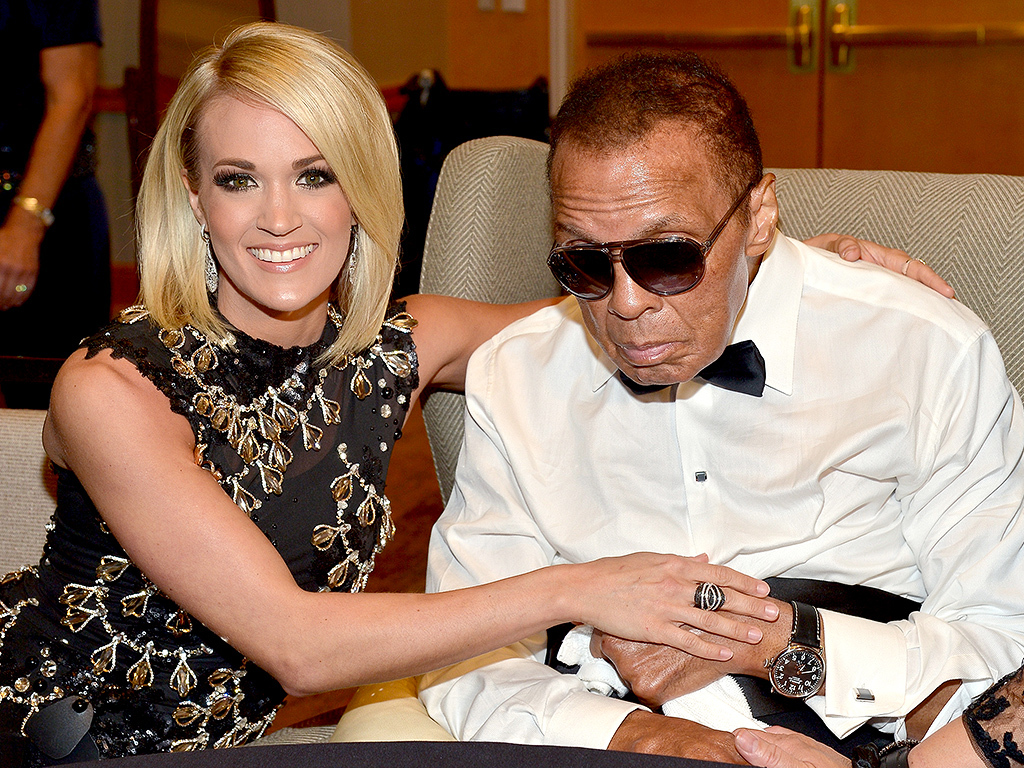 Muhammad Ali was diagnosed with Parkinson’s at the age of 42 in the year 1984 which wasn’t long after he had retired from the boxing world. Unable to diagnose the exact reason, Ali’s medical professionals believed that the disease may be due to the number of hits he had taken to his head during his boxing tournaments.

Michael J. Fox was unfortunately diagnosed with Parkinson’s at a rather early age. According to records, it is believed that in the year 1991, at the age of 30 he learned of this issue, however he didn’t make this information public till the year 1998. Due to the problems he faced, Michael decided to dedicate himself to finding a cure for this disease and eventually established a foundation called the Michael J. Fox Foundation which raised money for research.

Johnny Cash was a famous Country singer/songwriter, who publicized his Parkinson’s condition in the year 1997. After his announcement, Cash took some time off in order to deal with his disease and find help for his condition. He, however, made a late comeback, before he passed away in the year 2003.

Earth, Wind & Fire was an R&B band which was founded and produced by Maurice White who was also the lead vocalist. White was diagnosed with Parkinson’s in 1992, however, he chose to make this information public eight years later, in the year 2000. He worked religiously in order to raise awareness about this disease and also helped to fund research to find a cure.

George Wallace was a former governor of Alabama who had an assassination attempt on him where he was shot and paralyzed in the year 1972. During his two-week stay in the hospital, his medical professionals diagnosed Wallace with Parkinson’s disease. His paralysis made life extremely difficult for him when he was also diagnosed with this progressive brain disorder.

Estelle Getty was more popularly known as Sophia thanks to one of her best known roles in The Golden Girls. In the year 2000, she announced to the media that she suffered from Parkinson’s disease and that she had been diagnosed several years before. In the year 2008, she passed away due to other causes.

Billy Graham is well known for his occupation of being a Pastor to the President, a position he acquired for several years. In the year 1992, he announced that he suffered from Parkinson’s disease, however, he continued to fulfill his position for many years ahead, despite his condition.

Billy Connolly is an extremely well-known comedian and actor. Scottish by birth, Connolly is famous for his roles in movies such as The Boondocks Saints, Indecent Proposal, an animated film called Brave and several others movies. In 2013, he was diagnosed with early symptoms of Parkinson’s however, even at the age of 70, he refused to let his illness slow him down in any manner.

Linda Kronstadt was an eleven-time Grammy Award winning singer. She was diagnosed with Parkinson’s in the year 2013, which left her without a singing voice. According to her own belief, Ronstadt claimed that her disease was due to a shoulder surgery which she had suffered along with an insect bite.

Bob Hoskins held an extremely successful 40-year long career in the movie industry. He was a Golden Globe Award winner and he worked on some of the finest and most popular films such as Mona Lisa, Who Framed Roger Rabbit, The Long Friday and several others. His Parkinson’s diagnosis came to light in the year 2012. Despite his condition, Hoskins continued to work for a full year after he had been diagnosed.