For reasons that doctors and researchers don’t seem to fully understand yet, autoimmune diseases seem to be on the rise these days. Whether or not more people are affected or whether medical science is just better at diagnosing more people is not known.

Celiac disease is just one autoimmune disease on the list that is getting a lot more press in recent years. It’s a condition that may not sound terribly serious at first glance since many people may just assume it’s some kind of wheat allergy that doesn’t do any serious harm, but celiac disease can do significant damage to the digestive system. Eating gluten, a protein found in wheat and some other grains, causes the body’s immune system to attack the lining of the small intestine in celiac sufferers and can lead to serious health problems if left untreated. Particularly alarming is the belief that the vast majority of people suffering from celiac disease don’t even know it. 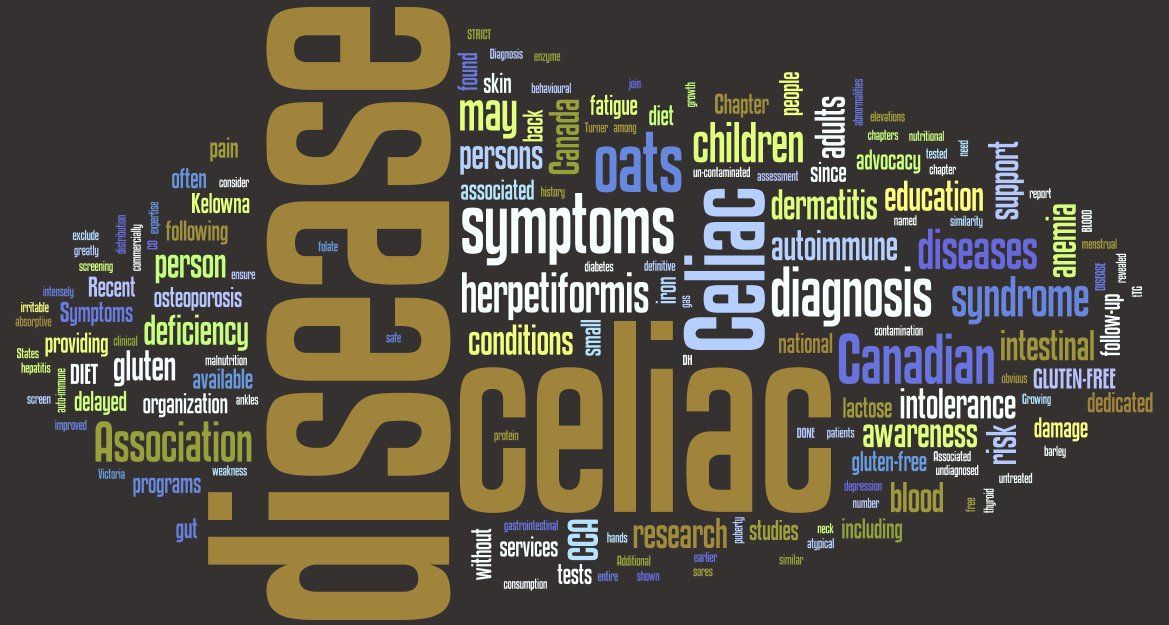 The symptoms can mimic other conditions and in some cases, may not be serious enough to warrant the attention it deserves. Here are some of the most common signs and symptoms that could mean you have celiac disease.

This symptom probably makes the most sense in the minds of most people when you are dealing with a disease that affects the digestive tract, but like most symptoms of celiac disease, you cannot count on this symptom always being present. These types of problems can vary quite significantly from stomach aches, bloating, constipation and diarrhea. It’s quite common for these symptoms to occur shortly after eating.

This one tends to be a bit trickier since so many other things can cause headaches, but it may be a stronger indication of celiac if the headaches are accompanied by other symptoms. It’s also interesting to note that not everyone who experiences headaches after eating gluten has celiac disease. Some people have what might be described as a gluten sensitivity that can result in headaches. In either case, these headaches can be quite severe and debilitating for some.

This is one of those symptoms that will probably not spring to mind too readily when thinking about the possibility of celiac disease. Anemia, which is caused by lack of sufficient iron in the bloodstream, can be triggered by celiac disease due to the increased absorption of iron by the small intestine which is under attack by the immune system. Adequate levels of iron in the blood are essential for the process which manufactures hemoglobin, the protein that’s found in red blood cells that deliver oxygen to the body’s tissues.

We all have a bit of trouble concentrating occasionally or we may get a little forgetful now and then but if those things are becoming a bigger problem than they should, you should know that those conditions can be signs of celiac disease. This is another area scientists have not completely figured out yet, but it is believed that some of the antibodies produced by the immune system in response the presence of gluten may negatively affect the nervous system.

It’s so easy to focus on the digestive system when we talk about reactions to things we eat, but in many cases, celiac disease might not cause any digestive issues while it wreaks havoc with other bodily functions. Depression and anxiety are common in celiac patients, which could result from inflammation caused by the disease or may also be simply because a person has been feeling physically unwell for such a long period of time.

Celiac can occur in people of any age and children are certainly not immune. Kids with celiac are more likely to lag behind other children where growth and development are concerned. This may be quite noticeable since kids with celiac may be smaller and weaker than other kids in their age group.

Although these are symptoms that may be more readily associated with other autoimmune diseases like multiple sclerosis, celiac sufferers can also experience feelings of numbness. In some cases, those feelings are not limited to the hands and feet and may occur in other areas such as the facial muscles.

Here is another symptom that you might not expect to be associated with celiac disease. Sometimes it can cause difficulty getting to sleep or staying asleep. Sleep problems are very common for people who are dealing with depression and anxiety, and this may tie in with celiac’s potential to increase the risk for those kinds of problems.

Medical research has revealed another surprising risk factor for celiac sufferers and that’s bone fractures. In 2014, a study concluded that celiac patients have a risk of bone fractures that is 30 percent higher than the general population for any kind of bone fracture and a risk that is 69 percent higher for hip fractures. This may be caused by reduced capacity of the digestive system to absorb nutrients like calcium after the damage has been caused to the small intestine, which may cause bones to become more brittle.

The neurological problems that celiac may cause are the most likely reason for these kinds of problems. Sufferers may experience more problems with their balance, making them more prone to falling, which certainly does not combine well with a higher risk of fracture which we just talked about. Medical research from the United Kingdom revealed that celiac patients were found to have tissue that was less dense in the areas of the brain that are responsible for motor function.

This may actually be the worst symptom of all since having no signs or symptoms of a disease makes it extremely difficult to diagnose. This helps explain why such a large number of people are not aware that they have celiac disease. In some cases people become aware of their only condition after being screened using some of the newer testing procedures, so for some people, it might make sense to be screened even if they are not showing any of the classic signs and symptoms.