Most experts consider that the history of cheese first started in the Middle East, probably coinciding with the domestication of sheep and goats and the realisation that they could be milked. But legend has it that it was ‘found’ by an obscure Arab wanderer. He is said to have filled a saddlebag with milk to support him on a long trip on horseback.  Following a few hours riding, he stopped to extinguish his thirst, to find that the milk had separated into a pale watery fluid and strong white lumps. Since the saddlebag, which was produced using the stomach of a young sheep, contained the coagulating chemical known as rennin, the milk had separated into curds and whey by the blend of the rennin, the hot sun and the dashing movements of the stallion. The migrant, unconcerned with specialized points of interest, found the whey drinkable and the curds palatable. 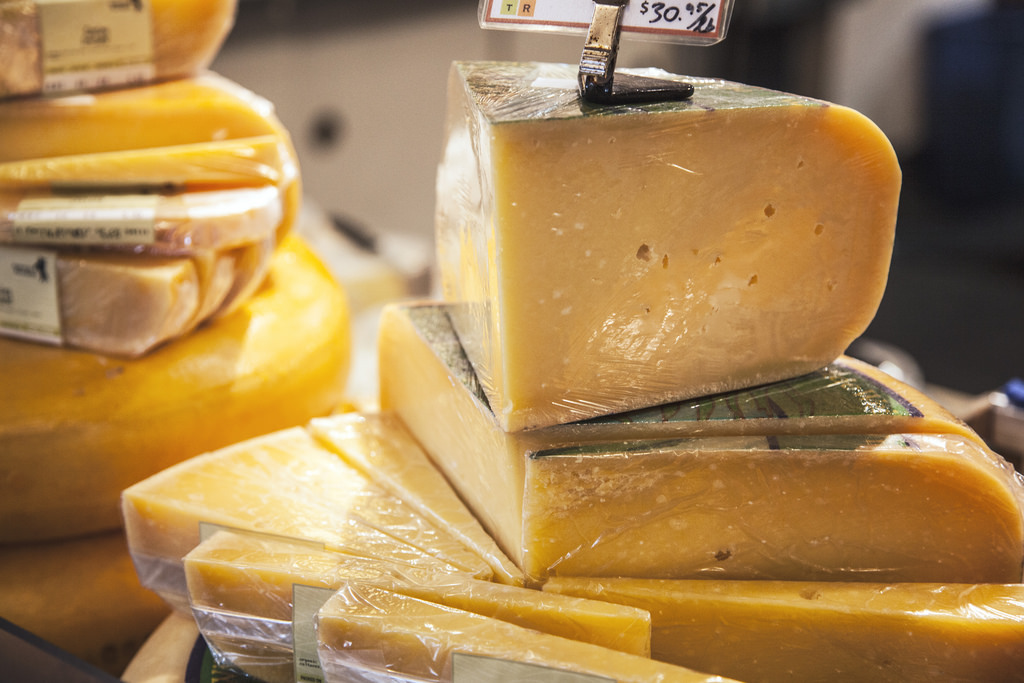 In the Roman era cheese really came into its own with skill and knowledge and reached a high standard. Through a long process of trial and error, techniques were developed that created many different flavours and textures.

The larger Roman houses even had a separate cheese kitchen, the caseale, and also special areas where it could be matured. Large towns would have special cheese-smoking centres where the locals could take their home-made produce. Cheese was served on the tables of the nobility and it travelled to the far corners of the Roman Empire as a regular part of the rations of the legions.

Voyagers from Asia are accepted to have conveyed the speciality of cheese-making to Europe, but actually, cheese was made in numerous parts of the Roman Empire when it was at its height. The Romans, therefore, acquainted cheese-making with England and Italy turned into the cheese-making focus of Europe amid the tenth Century.

Huge numbers of the varieties we eat today, for example, Cheddar, Swiss, Parmesan, and Gouda, are moderately new to the cheese story (within the last 50 years). In its initial history cheese was never really appreciated until it was presented to the rest of the world by European migrants.

Cheese-making kept on thriving in Europe and turned into a staple food. In fact, the Pilgrims included cheese in the Mayflower’s provisions when they made their voyage to America in 1620. The making of cheese rapidly spread in the NewWorld, but until the nineteenth century, it remained something of a cottage industry. It wasn’t until 1851 that the first production line in the United States was worked by Jesse Williams in Oneida County, New York.

As the population of the USA developed, the interest for cheese grew and the business gradually moved westbound, targeting the rich homestead terrains of Wisconsin. In 1845, a band of Swiss migrants settled in Green County, Wisconsin and began the production of cheese in America. Most Wisconsin ranchers started to trust that their future survival was dependent on cheese production and their first processing plant was in Limburger which opened in 1868.

The discount cheese industry was subsequently conceived and demonstrated extraordinary development amid the last half of the 1800s. By 1880 there were 3,923 dairy production lines across the USA which produced 216 million pounds of cheese in one year worth $17 million.