Ever wonder how the idea started of singing along with background music into a microphone?

People have always sung along to their favorite records and radio songs but the first person to enable others to sing along to prerecorded music was drummer Daisuke Inoue in his country of Japan.

Around 1971, Inoue was frequently asked to provide recordings of his music so they could sing along with colleagues at parties and events. Seeing the potential revenue to be made, Inoue began selling a tape recorder that played prerecorded background music for a fee. As Mr. Inoue describes it on theappendix.net, “One day, the president of a small company came to the club where I was playing to ask a favor. He was meeting business clients in another town and knew they would all end up at a drinking establishment and that he would be called on to sing. ‘Daisuke, your keyboard playing is the only music that I can sing too! You know how my voice is and what it needs to sound good.’ So at his request, I taped a number of his favorite songs onto an open-reel tape recorder in the keys that would best suit his voice. A few days later he came back full of smiles and asked if I could record some more songs.”

And that’s where karaoke, a Japanese word meaning “empty orchestra,” got started. Mr. Inoue asked a skilled electrician to put together what became the first karaoke machine (pictured below). 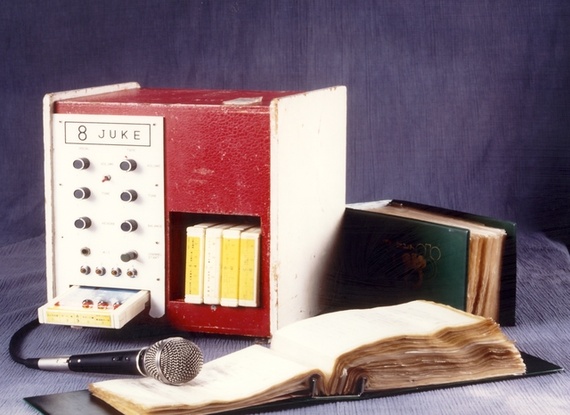 Unfortunately, Mr. Inoue did not patent his invention. Roberto del Rosario, a Filipino inventor grabbed the opportunity to do so and now is the owner of the patent for the karaoke machine.