Unlike the fear of spiders, snakes or rats, the fear of cats (ailurophobia) and the fear of dogs (cynophobia) are not particularly common zoophobia fears. That said, those that do suffer from them are subjected to seeing the source of their fear everywhere they go.

Cats and dogs are the most common household pets, from rural households to urban ones, and although to most of us the idea of fearing creatures we live in harmony with is strange, to some, the very idea of sharing a home with descendants of wolves is inconceivable.

Dogs share 99% of their DNA with wolves, regardless of whether they are huskies or chihuahuas, and for some people, that is enough reason to fear them. Though most cynophobes fear larger dogs that appear aggressive by size alone, there are those who are absolutely terrified of small dogs, or even overactive puppies.

Media also plays its part in creating a negative bias towards canines. Fairy tales and cartoons often have wolves as antagonists, dogs are shown as being used against humans, rather than alongside them for hunting and fighting in procedural crime shows, a barking dog is usually implicit of an incoming attack from the animal, not the animal defending its home or family from one. More and more, people are shown how violent and impulsive canine creatures can be, and more and more cynophobia is fuelled from a young age. 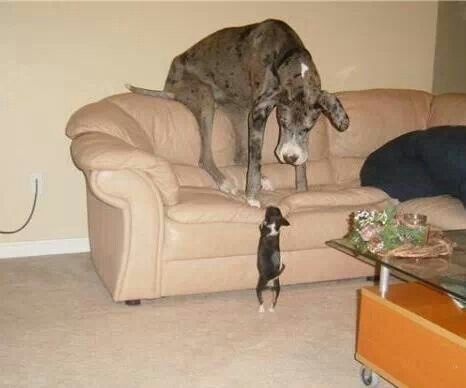 People who suffer from cynophobia may have physical as well as physiological responses to coming face to face with the source of their terror. Some people may freeze in fear, feel nauseated, experience cold sweats and shaking. More extreme cases may experience thoughts of dying, feeling as though they are losing control, as well as fear that they can no longer tell reality from unreality.

Exposure therapy should be approached through professional medical care only, where a psychologist will suggest a method to approaching the phobia without causing harm to the sufferer and the source. Some therapies include only looking at footage of dogs, such as photos and video, while others bring an animal in for the person to touch and learn to associate with good things.

Medication is rarely administered in cases of cynophobia.