Few of us could ever imagine living in the desert. A daytime heat that can surpass 100 degrees and nighttime temperatures that can dip below freezing make for a pretty extreme environment. Even so, like so many inhospitable places on earth, there are many animals that live in the desert and seem quite content. seem quite content to make their home in the desert. While it might be nearly impossible for most of us to imagine that we could survive alone in the desert with no food or water with us for even a day or two, these animals have adapted to a desert existence and seem to get along just fine. The deserts of the world are home to a pretty incredible diversity of animal life, including these creatures that live in some of the harshest environments in the world. 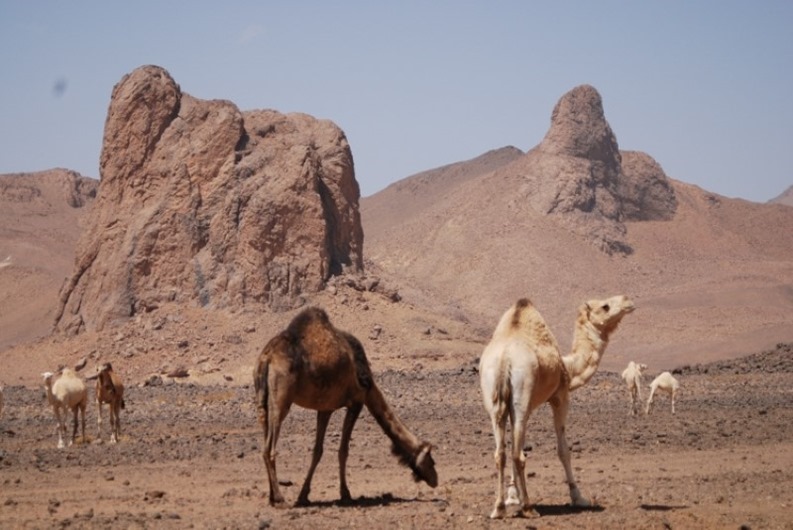 We’ll start with what is probably one of the most-recognized desert animals of all. The camel, in this case, the Dromedary Camel of the Sahara Desert. The Dromedary Camel shares the Sahara with the Bactrian Camel, but the Dromedary is far more common and is used most often as work animals by people because they are very strong and adapt easily to life with humans. Although there has always been a belief that a camel’s hump is a place for them to store water, it is actually made up primarily of fat. These creatures feed on dates, wheat, oats, and grasses. They can grow as tall as seven feet and weigh as much as 1600 pounds. 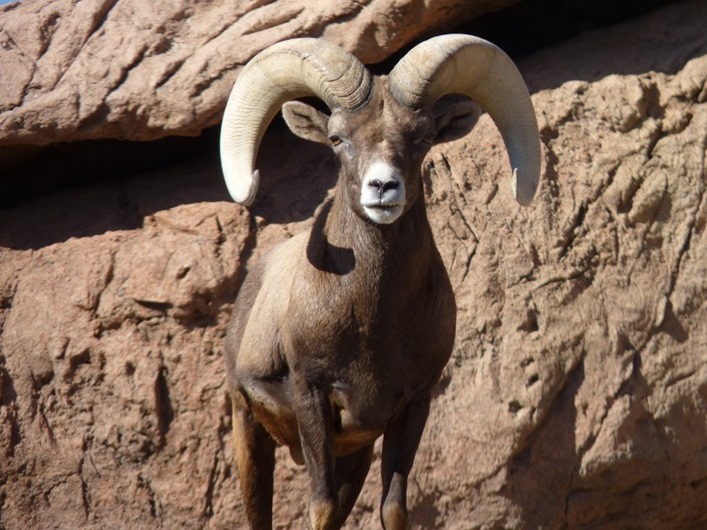 When we think about animals that are tough, a sheep might not be one that comes immediately to mind. The Bighorn is not in the same league as the sheep you might see lazily grazing in a farmer’s field, however. These extremely durable animals roam the deserts in the American Southwest in flocks that can number up to 100. Its name “Bighorn” has been well-earned since males often have an impressive set of pointed horns that are extremely thick. They roam the desert areas feeding on a variety of plants, grasses, and sedges. 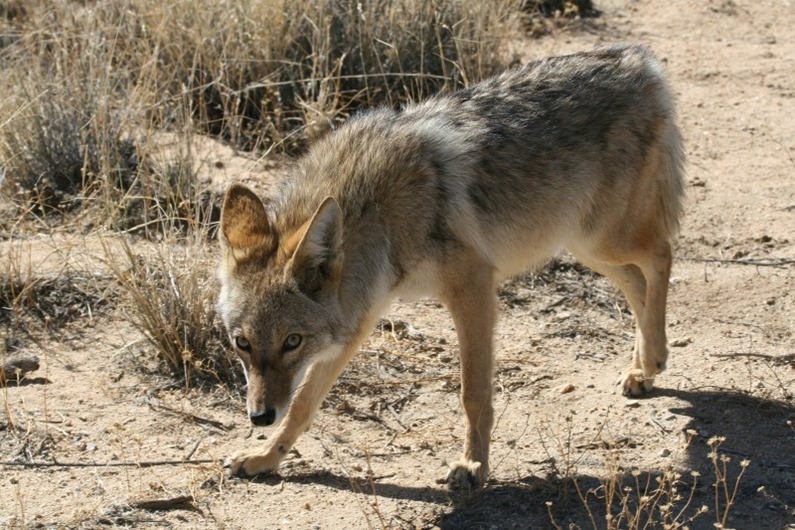 These canines may remind us a lot of the family dog, but they are wild animals that are probably one of the most adaptable species on the planet. They can live virtually anywhere, from the snow-covered landscape of the far north to the sweltering deserts of the south. They also manage to make themselves at home in the most isolated wilderness areas or in areas that are heavily populated by humans. In the desert, coyotes manage to track down and capture sufficient prey such as rodents, scorpions, birds, and reptiles. They do not normally grow much bigger than around 50 pounds or so and can live for about 13 years on average. 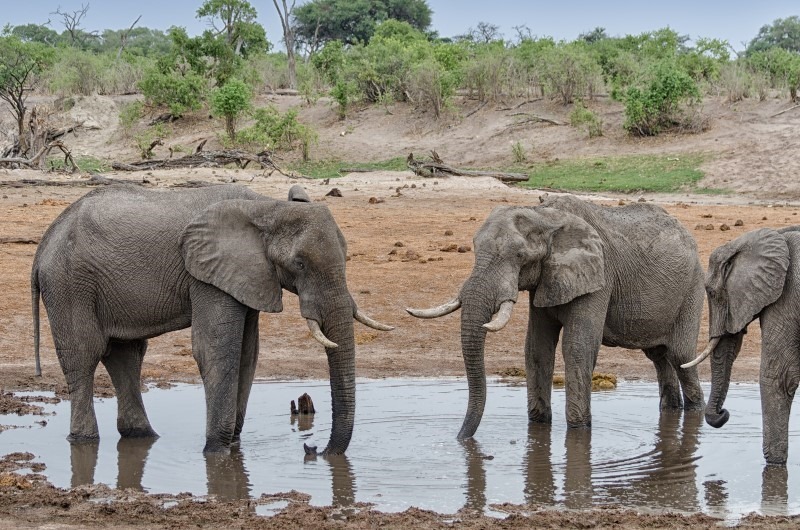 It’s probably quite surprising to see elephants show up in a list of desert animals since we probably picture them grazing on the vast grasslands of Africa or roaming in the tropical forests of Asia, but the desert elephant is a bit of an exception and can be found in desert areas of north-western Namibia. They are much better adapted to life in the desert than other species of elephant and have longer legs and flatter feet than other African elephants, making desert travel easier for them. They are a bit smaller than other elephants, which might make it a bit easier for them to survive in a desert environment where they forage for flowers, tubers, bulbs, shoots, bark, and roots. They tend to roam quite extensively in search of water holes that are scattered all around the desert. 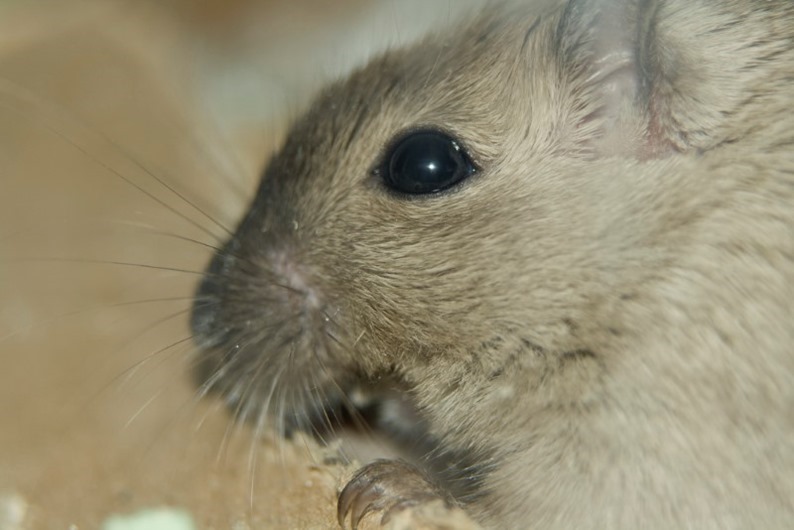 These little rodents are probably most familiar to people in the west as pets that can be kept in cages much like hamsters, but in the wild, they manage to get along just fine without any help from humans whatsoever. They can be found in the deserts of the Africa, Asia, and the Middle East. They normally survive on a pretty diverse diet of grains, fruit, roots, flowers, seeds, and even insects and worms. Their ability to obtain nourishment from so many sources is a valuable asset that allows them to survive easily in harsh desert environments. They normally grow anywhere from three to seven inches long and can be light brown, gray or even white in color. 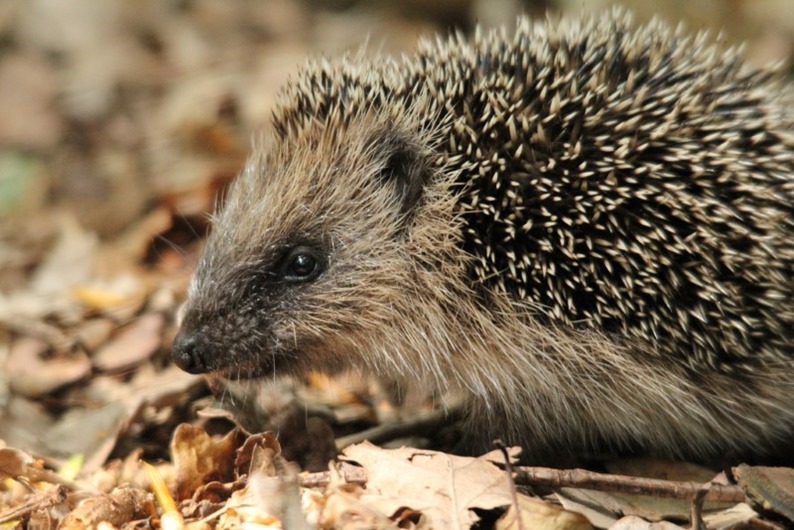 Looking a bit like a bizarre cross between a rat and a porcupine, the hedgehog is one of the deserts most unique-looking creatures. They can vary quite considerably in size, ranging from between six and fourteen inches long. In addition to the desert, they can also be found in forested areas and plains. Their diet consists mostly of insects and includes beetles, wasps, and bees. When the opportunity presents itself, hedgehogs will also eat mice, birds, lizards, snails, snakes and will also dine on the occasional animal carcass. They are another animal whose diverse diet makes them well-suited to desert life. 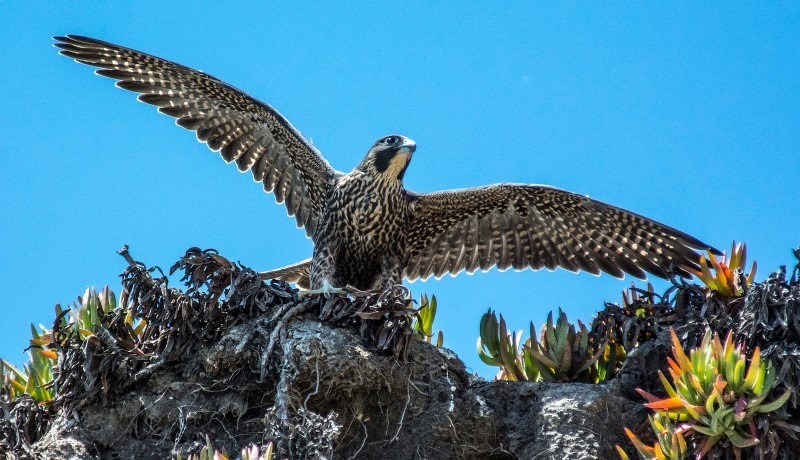 Here’s a bird of prey that could probably survive almost anywhere on the planet thanks to their incredible hunting skills and tremendous speed. The Peregrine Falcon is the fastest bird known and can fly at speeds of up to 90 miles per hour and even over 240 miles per hour during a steep dive! Their extremely keen eyesight serves them exceptionally well as hunters and they can spot prey from a distance of 1000 feet. Their diet consists mainly of other birds such as songbirds and pigeons. They mate for life and were once an endangered species in the United States. 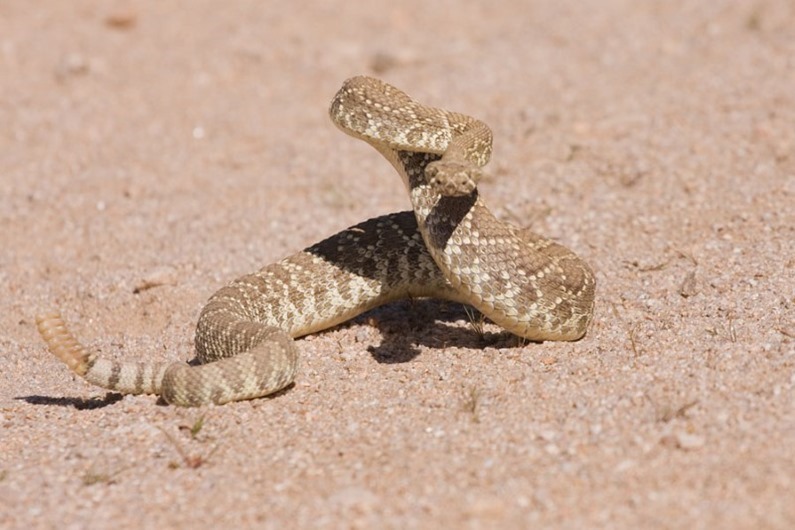 It’s hard to imagine a list of desert creatures that does not include the rattlesnake. These desert vipers are well-known to almost everyone thanks to their unique ability to use their tail to produce a rattling sound that has probably saved countless numbers of careless humans who have almost stepped on one. In the desert, they feed on small animals and lizards which they dispatch with their poisonous venom, which also helps them digest whatever hapless critter that they have decided to dine upon.