Egypt is a country located in northern Africa and borders Gaza Strip, Israel, The Red Sea, Sudan and Libya. It is considered to be part of the Middle East because of its geographical borders as well as being part of the Arab world. Egypt is one of the countries with the longest histories as well as the cradle of civilization with its early breakthroughs in agriculture and urbanization. Here are some interesting facts about Egypt. 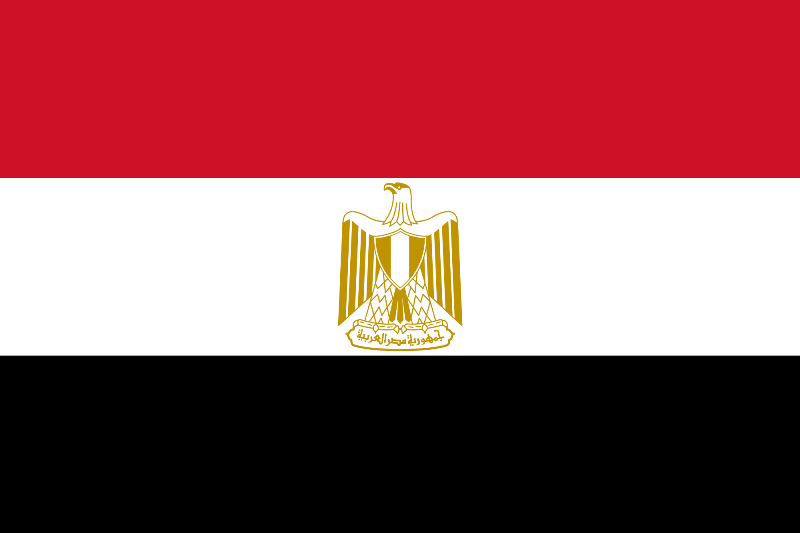 Most Egyptians are Muslims who comprise 90 percent of the entire population. Most Muslims belong to the Sunni sect. Shia Muslims make up only about 1% of the entire Muslim population. About 10 percent are Coptic Christians. The Coptic Orthodox Church is one the earliest branches of the Christian religion. Population in Egypt is rapidly expanding which has put a strain on the country’s natural resources.

Egypt is home to some amazing variety of plants and animals. These can be found in the country’s array of protected regions such as river islands, deserts, oases, coastal areas, wetlands and mountains. Ancient paintings and carvings of animals such as cheetahs and hippos reveal the close relationship Egyptians have maintained with their natural environment. However, many of its animals are now disappearing due to hunting and habitat loss.

Without the river Nile, Egypt would be a desert. Only 2.5cm of rain falls in a year. However, during the summer months, the Nile rises due to high rain in Ethiopian highlands. The subsequent floods bring with them, rich sediments from which plants, trees, and crops source their nutrients. The Nile which is the longest river in the world has been the lifeline for Egypt’s civilizations through the centuries.

People first settled along the bank of the river Nile roughly 8000 years ago and by 3000 B.C, a civilization had been established. Powerful kings called Pharaohs united the north and the south leading to one of the most successful ancient kingdoms. Ancient Egyptians built temples, pyramids and other monuments of enviable size and scale. Later the civilization fell under Roman conquest. Consequent usurpers included Muslim warriors and the British from whom modern Egypt gained independence from.

Egypt is classified as a middle income economy and is one of the most diverse on the African continent. The nation’s main exports are oil and gas. The government-owned Suez Canal controls most of the ship traffic operating between Europe and Asia bringing in considerable revenue in tolls. The tourism industry is a major sector of the country’s economy with most tourists interested in Ancient history.

Cairo, Egypt’s capital is the only African city with a working subway system. The system transports about three million people each day and serves to ease the otherwise overcrowded highway traffic. The system which was first opened in 1987 has a length of 65km connecting 53 stations. Some of the trains even have special compartments for women.

The most iconic monuments in Egypt are the pyramids built by the ancient Egyptians. The Great Pyramid of Giza was for 3871 years the tallest man-made structure in the world. It was surpassed by the Lincoln Cathedral in 1311. Pyramids were built by paid workers. Pyramid construction techniques have evolved over the years as the ancient Egyptians acquired better technology. 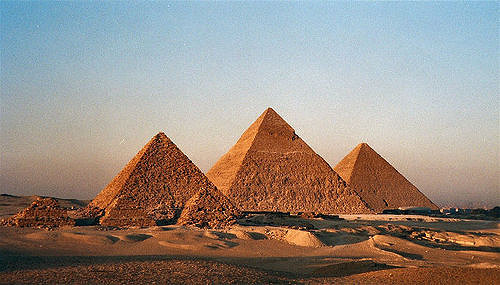 To residents and tourists, Egypt is known by its four main zones namely Nile valley and Delta, Western Desert, Eastern Desert, and the Sinai Peninsula. The Nile valley and Delta are composed of fertile agricultural land. The Western and Eastern deserts are arid but contain minerals such as oil and gold. The Sinai Peninsula is an almost triangular tract of land between the Suez Canal in the west and Gulf of Aqaba in the east.

When the Nile was dammed at Aswan, it was given the name, the Aswan high dam. The water held behind the dam was named Lake Nasser, the world’s largest artificial lake. The lake provides the locals with around 20,000 tons of fish per annum. The Aswan dam, on the other hand, generates an impressive 10 billion kilowatts/hour.