Although we seem to have a large and diverse population of animals here on planet Earth, you might be surprised to find out how many animals have become extinct down through the ages. Some estimates put the total number of extinct animals in the billions! Extinction can happen for many reasons, including changes in climate or even catastrophic events like a meteor or asteroid strike, which some scientists believe to be responsible for wiping out the dinosaurs.

We humans have to accept our share of blame as well since human activity is also responsible for animal extinctions. Believe it or not, some animal species were actually hunted to extinction due to human ignorance and greed. Thankfully we are much more aware of the threat we pose to various animal species now, and there are laws in place to protect endangered species. That doesn’t mean that it cannot happen. Although these once existed in abundance, here’s a small sampling of animals that are extinct. 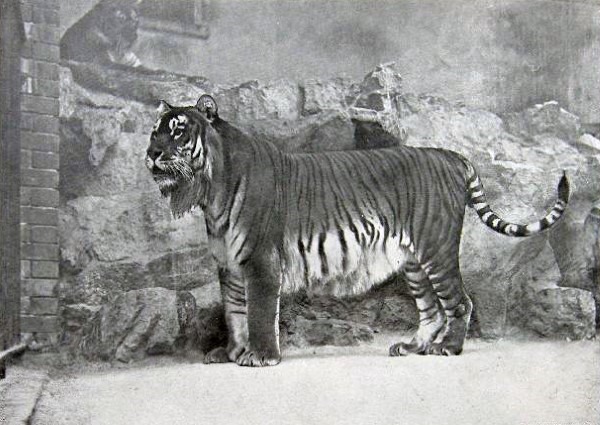 This big cat is thought to have vanished sometime during the 1970’s. At one time it could be found in places like Iran, Turkey, Russia, and China. It was found primarily in forested areas The Caspian tiger was among the largest cats ever known to exist and could weigh as much as 530 pounds (240 kg). It is believed that a number of factors contributed to the Caspian tiger’s extinction including over-hunting, loss of habitat, and loss of prey animals to feed on due to over-hunting by man. 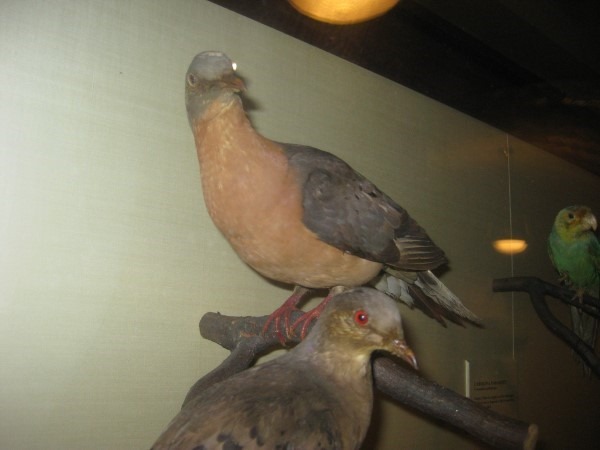 Here’s an astounding example of just how destructive we humans can be when we’re ignorant regarding the consequences of our actions. The Passenger Pigeon was once the most common bird in North America. At one time there were flocks of them that were estimated to contain billions of individual birds. When man developed a taste for their meat and saw them as an abundant source of cheap food, they were hunted mercilessly. That last one died in a zoo in the year 1914.

This rare freshwater species of dolphin once swam up and down the Yangtze River in China. Although nearly blind, the Baiji White Dolphin was considered quite intelligent, like many other dolphin species. In the 1950’s and 1960’s things started to deteriorate for the dolphin as more and more humans began to use the river as a food source. Fishermen and hunters caused the dolphin’s numbers to dwindle until it was declared extinct in 2006 when a six-week scientific expedition failed to locate a single one on the Yangtze. 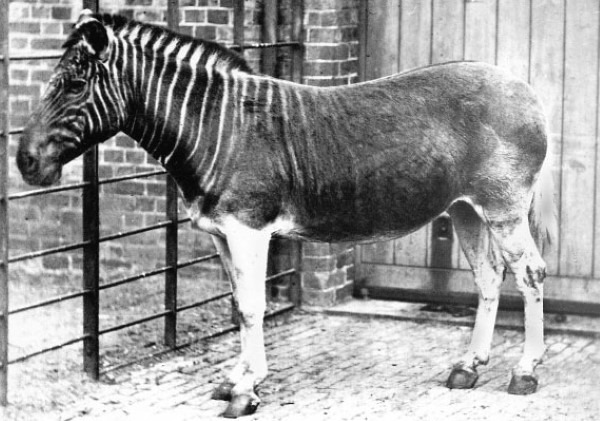 There’s a name that may have you scratching your head a bit if someone asked you if you had ever heard of one. These animals are related to the zebra and were once found in the wilds of South Africa. They were once very popular in the zoos of Europe. Unfortunately for the quagga, both its meat and its hide were popular with humans, and it was hunted to extinction. The last known living quagga died in 1883 in a zoo in Amsterdam. 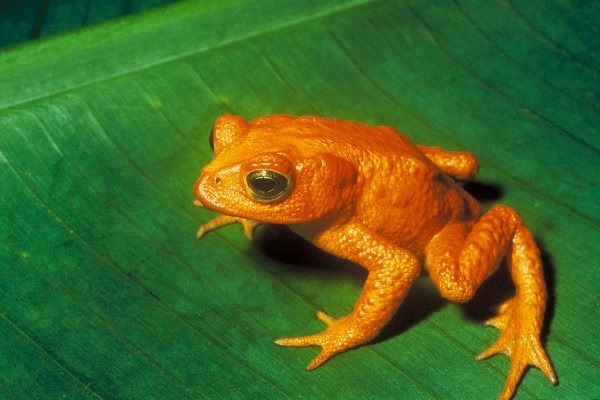 There’s no way to be sure how long this unique amphibian had been roaming the earth before it was first discovered and recorded in 1966. Mother nature dealt the knock-out blow to the golden toad in 1987 when unusual weather dried up their breeding pools prematurely before their offspring had a chance to mature. They were native to Costa Rica and have most likely been extinct since 1989 when scientists were able to locate only one male golden toad. 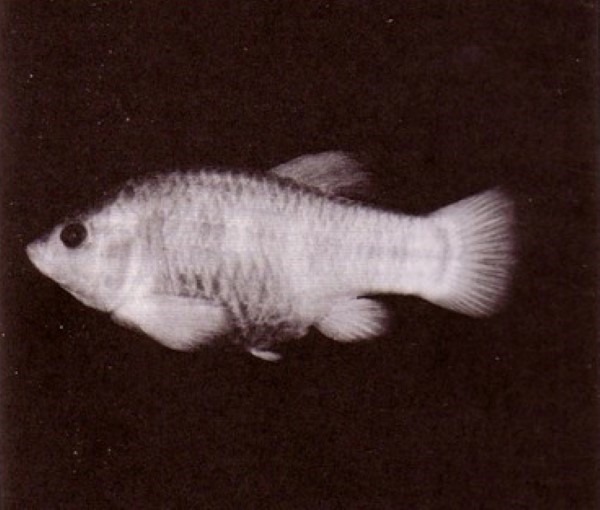 Unlike so many of the fish that inhabit vast swaths of the world’s oceans, the Tecopa pupfish was quite limited where habitat was concerned. It was once found only in outflows of North and South Tecopa Hot Springs in California. In the 1940’s that area began seeing more and more human activity, including canals that were constructed and bathhouses that were built. The decades to follow saw human activity in the area continue to accelerate with the construction of trailer parks and motels. It only took until 1981 for the Tecopa pupfish to become the first animal listed as extinct since the passage of the U.S. Endangered Species Act of 1973. 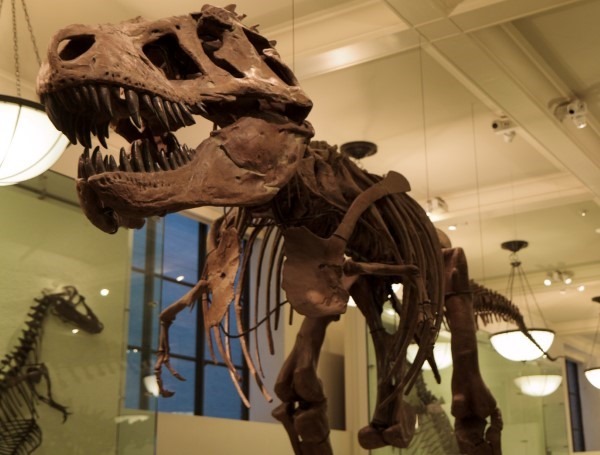 It’s certainly a lot more difficult to work out exactly when this well-recognized dinosaur become extinct since it is believed to have been somewhere around 65 million years ago. The Tyrannosaurus Rex was extraordinary due to its massive size – almost 50 feet long – and it’s resemblance to a giant eating machine. It was undoubtedly one of the most terrifying-looking dinosaurs that ever lived and it probably would not have been shy about having humans for a snack if it had the opportunity. 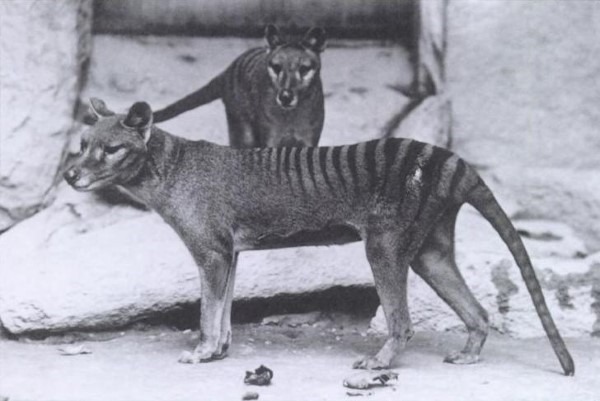 Despite the name, this animal really wasn’t a tiger at all. It was a marsupial that was really called a thylacine. It picked up the name “tiger” due to its stripes, and was also known as the Tasmanian Wolf or “Tazzy.” It once roamed freely in Australia and New Guinea but had disappeared from mainland Australia thousands of years before European settlers arrived. It endured on the island of Tasmania for a while until it was likely hunted to extinction during the 20th Century. Sightings are still occasionally reported, but there has been no confirmation that any of them still remain. 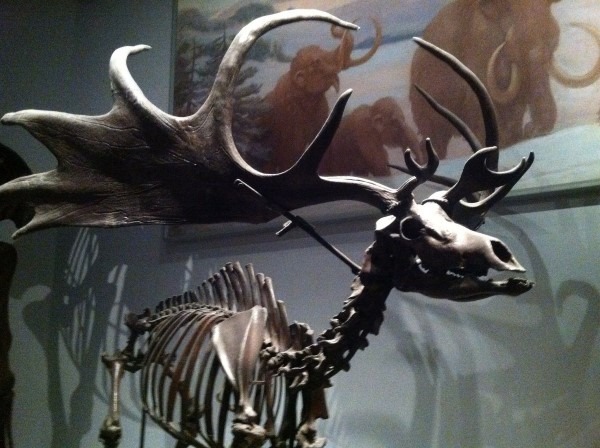 Also called the Irish Elk, this beast was the largest deer that ever existed and was probably closer in size to a moose. It stood about 7 feet tall at the shoulders and males sported a massive set of antlers that could measure as long as 12 feet from tip-to-tip and weigh as much as 90 pounds. It once ranged from Ireland east into what is now Russia, and is believed to have become extinct almost 8,000 years ago. The reason for their extinction is not completely clear but some speculation suggests that their huge antlers limited their mobility, while others believe hunting by humans was the primary cause.