Who else can claim their name as a synonym for genius? Only Albert Einstein, one of the most famous scientists of all time can. Born in Germany in 1879, this theoretical physicist discovered what is known as the most famous equation of all time. You might know E=MC2 by heart, but here are a few things you might not know about the father of modern physics. 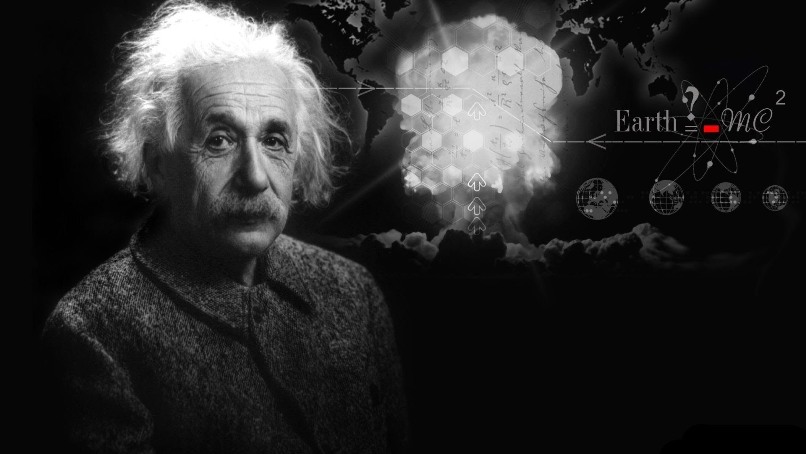 Albert Einstein failed his university entrance exam but did exceptionally well in science and mathematics.

You may have heard from an encouraging parent or teacher that even Einstein failed his entrance exams. Well, that’s not entirely true. While he did fail the general part of the exam, Einstein scored incredibly high in the math and science portions of the exam. Even in his youth, he showed potential for greatness in physics. When he was 15, he wrote an essay called “On the Investigation of the State of the Ether in a Magnetic Field.”

So next time someone tries to encourage you by saying Einstein was a failure, just keep in mind that he was already way ahead of you before he hit puberty.

Albert Einstein had an interesting family.

Historians have recently discovered in letters to his first wife, that they had a daughter named Lieserl. Meliva had the baby girl in Switzerland but returned without her. No one knows the fate of the child or if Einstein ever got to meet her. Eduard, Einstein’s son, became schizophrenic around the age of twenty and had to be committed to an asylum.

No one really knows why. He just hated them.

He may have been a genius in physics, but he was also a pretty accomplished musician. He played both violin and piano to proficiency and even played in professional orchestras. Rumor has it that he came up with his famous Theory of Relativity while tinkering on the piano. By the way, his violin was named “Lina.”

Pacifist Einstein had a hand in the bombing of Nagasaki and Hiroshima.

Although his theories lead scientists to create the atomic bomb in the first place, Einstein’s involvement in the bombings was even more direct than that. Einstein was a very vocal pacifist, having fled Germany during Nazi rule. But, he once wrote a letter to President Roosevelt declaring that the United States should enter the race for the bomb, which led to the creation of the Manhattan Project. Just before his death, he claimed that this letter was his one “great mistake.”

Albert Einstein was well traveled and held passports to many different nations.

Even before his scientist days, Einstein began a long tradition of visiting and holding citizenships in all sorts of places. He attended school in Germany, Italy, and Switzerland. When he was young, he gave up his German citizenship in order to avoid military service. He took up a Swiss passport before he became an Austrian citizen. Later, when Nazis began to take over his homeland, Einstein found himself stuck in the United States, where he decided to become American a few years later.

Upon his death, Albert Einstein’s brain was stolen and toured around the country.

Thomas Harvey, the pathologist who performed Einstein’s autopsy, removed the scientist’s brain without permission from the family. Harvey then packed the brain in the trunk of his car and took in on a tour. Surprisingly, Einstein’s brain was smaller than average. Who would have thought?