There all sorts of facts you can learn about Argentina, and all of them should be remembered in order to better appreciate everything that this large country can offer us. There are all sorts of genres to learn about, from history to geography, and even some “did you know” facts thrown in there for fun. If you are someone who is just looking for a reason to visit this beautiful country, this will be the inspiration you need. If you just love gathering as much information about as many things as possible, you’ll find that there’s plenty here to peak your interest. Whatever your motivation is, go forth and learn!

The first thing to grab your attention, is that Argentina has a city that is the furthest South in the world. Since Argentina is in South America, this may not be such a huge surprise, but if you aren’t entirely familiar with Latin American geography, this is a great place to add to your knowledge. The city’s name is Ushuaia, and this Argentine city has the most Southern geography in the world. If you are someone that’s always wanted to go as South in civilized society as you can, this is the place to visit. You can enjoy all of the unique features that come with being at the most Southern part of the world without leaving behind any of the creature comforts. 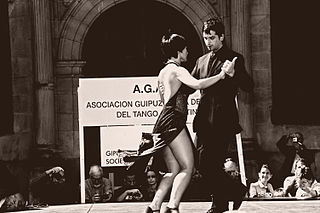 Also, the Tango dance was developed originally in Argentina, and when it grew in popularity, was changed and made distinct in other countries around the world. Though there is some argument over this, and much speculation from those who study history in depth, it is commonly accepted that the Tango was originally an on stage depiction of a couple in a brothel. Since the “first steps” of this popular dance were taken close to the border with Uruguay in the early 1900s, you can have no problem imagining how repressive the society would have been about depicting anything remotely like sex on stage. As such, the Tango was developed to show this intimate “dance” and it was adapted into a similar sultry dance from then on, growing to the style that it is today. Looking at the modern Tango dance, it’s not hard to imagine, either.

You may be familiar with Mothers Day and Fathers Day, but one tradition that is quite specific to – and hidden from anyone else – is Friend’s Day. This is a special holiday that takes place in Argentina that is exactly what it sounds like: a day that is dedicated to reaching out to those fantastic friends and letting them know that they are appreciated. This is as eagerly celebrated in Argentina as Mothers and Fathers Day would be for us. It is a time in which friends will drop what they’re doing and get together to have a nice dinner all together or go out to celebrate. It’s a great idea created in Argentina that would benefit the rest of the world in many ways too. It is so popular, in fact, that one year in the middle of the day, the phone lines went down for several hours, as did the Internet, due to so many people trying to reach out and get a hold of those they cared about. That shows you how much Argentinians value their friendships.

Dinosaur skeletons are popular in Argentina, having been found in multiple locations and in relatively good condition. There is a type of dinosaur, the Giganotosaurus, that seems to be known to have roamed around what is now Argentina around 77 million years ago.

The use of fingerprinting was first put into practice in Argentina during a trial in which a mother was questioned for the murder of her two children and confessed to the act after a bloody print was matched with her own. After that, it was put into the general police handbook and adopted into the worldwide culture from there.

Argentina is a huge country geographically that – going by its sheer physical size – doesn’t have that many people (a mere 42 million). Even though there are so many people there today, they still have plenty of room to mill about and live their lives, as Argentina has so much territory to give them all the space to move. This is nice to think about when travelling, especially for those that are used to living in congestion. Within the large territory, Argentina has over 30 national parks that have all sorts of beautiful sights that you can look at and take in the natural beauty found all over, both urban and rural.

Argentina has the largest percentage of people who request cosmetic surgery, be it something like a tummy tuck, or bigger. Also included in the modern Argentine society is the growing problem in anorexia and other eating disorders. To date, Argentina has the highest amount of people dealing with anorexia in the world. On the contrary, Argentinians consume the most amount of red meat in the world, having their own love of “Asado” (which is their version of a BBQ), that makes this popular meal option a great one throughout the country. Go figure.

Finally, we couldn’t go without mentioning a bit about football. Argentina is home to one of the best footballer that has ever lived, Lionel Messi, and have won the World Cup twice, in 1978 and 1986. They were also beaten finalists three times, in 1930, 1990 and 2014. People from Argentina probably won’t appreciate us mentioning that although they have won it twice, Brazil have won it five times and are also behind Italy and Germany who have each won the World Cup three times.

If Argentina is somewhere you’ve been longing to visit, you’ll find facts like these and more when you get there. The culture will inspire you, and you’ll be able to see how modern Argentina is without losing sight of the natural beauty that has been there as long as time. Look at the beautiful dinosaur bones, enjoy learning about all of Argentina’s rich history, like the Tango, and make sure you get a couple of excellent Asado meals in while you can. There are all sorts of sights to see in this exciting Latin American county, so grab your shorts, and head off to see all that it can offer.