Breakfast cereal is a big business. Take a walk through any supermarket and you are quite likely to find an entire aisle dedicated to breakfast cereal. There does not seem to be any end to the ideas manufacturers come up with to create new cereal blends. Breakfast cereals have been around as long as most of us can remember, and it’s a pretty good bet that practically everyone in the western world has at least tried one at some point in their life. Like most other things in life, breakfast cereal has its wild side, and there are more than a few bizarre tales that are not widely known. These are just a few of them. 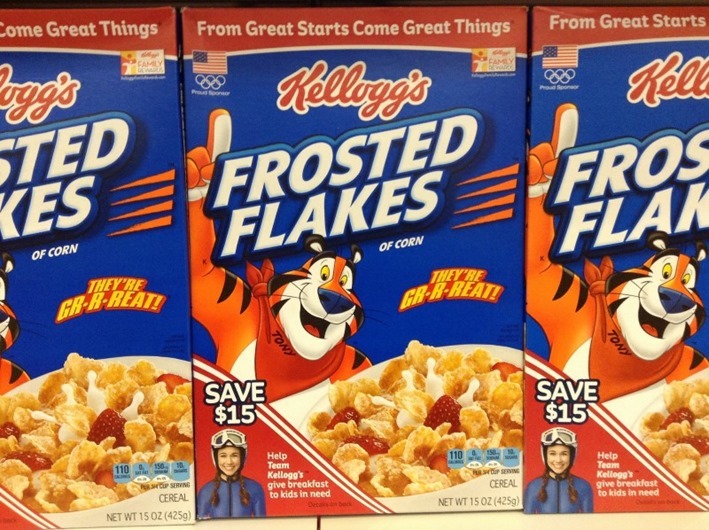 Tony The Tiger has served for a long time as the cartoon mascot for Kellogg’s Frosted Flakes cereal.

What many people don’t know is that he had to defeat three other competing mascots before he earned his place in history. It’s probably a good thing that Tony won considering that his competition consisted of Elmo the Elephant and Newt the Gnu, and his chief rival, Katy The Kangaroo. Katy actually did appear on boxes of Frosted Flakes during the 1950s, but the boxes bearing Tony’s image quickly outsold them, and Katy was banished to retirement.

Yeah, there are a lot of words in the English language that might make us wonder. It turns out that the word “cereal” has its roots in Greek, and pays homage to the Goddess of Agriculture, who was known as Ceres. One might wonder what Tony The Tiger would think of that.

Breakfast cereals weren’t always as easy to grab on the spur of the moment as they are today. The first mass-produced breakfast cereal was introduced to consumers in 1863 and was called “Granula.” The main problem with this new invention was that it had to be soaked overnight before it could be eaten.

4. What Happened To Pow?

Most of us are familiar with the three brothers that were conjured up to serve as mascots for Rice Krispies cereal, Snap, Crackle, and Pop. How many people know that there was once a fourth brother, whose name was “Pow?” Come to think of it, it kind of makes sense that he was let go since “Pow” is not what most people think of when they are listening to their Rice Krispies. Pow was originally intended to portray the potent nutritional value of the cereal, but apparently, he didn’t really help much with the marketing and was let go.

Since rice and wheat do not have the built-in casing like corn does to trap steam and make it “pop,” cereal maker Quaker Oats faced a challenge when they came up with the idea to make cereal out of rice and wheat. Their efforts led them to get hold of an old canon from the Spanish-American war to use as a pressure cooker to put the puff in their puffed cereals.

Originally the popular cereal we know as Cheerios was called “CheeriOats.” Sometimes things don’t go quite as planned, and a trade name dispute soon erupted. When the dust settled, the name was changed to Cheerios and the rest is history.

It seems as if just about every brand of cereal on the market has used the well-tested marketing tactic of placing cheesy little prizes in their boxes to entice more kids to beg their parents to buy them. You can thank Kellogg’s for that bit of marketing ingenuity since they were the first ones to test the idea by including a copy of The Funny Jungleland Moving Pictures Book in boxes of Corn Flakes way back in 1909.

Early settlers in America weren’t pioneers strictly because they struck out for parts unknown and settled in what is now the United States of America. They were also pioneers when it comes to breakfast cereal. Colonial families popped corn and served it like breakfast cereal with cream and sugar.

Lucky Charms is a kids’ favorite that has been with us for decades, and it has seen its share of changes during that time. Although the makers of the cereal have experimented with various colors and shapes for the marshmallows in the blend, the pink heart is original and has never been changed or excluded.

It’s well known that astronauts dined on yummy food that was squeezed from tubes, and the famous orange drink called Tang. What may not be as well known is that the crew on the Apollo 11 – the first mission to land on the moon – had Corn Flakes along with them. Not in the conventional form, however, as they were crushed up and blended with fruit to form cubes, since dealing with milk without the benefit of gravity probably would not have ended well.