If you happen to see a rat on the streets, you might think that they’re gross, dirty creatures. Rats can be found in any area where there are people, and are usually seen as little more than vermin. While rats can carry disease and may not be the prettiest of animals, there are still a lot of cool things about them! Here are ten amazing things you probably didn’t know about rats.

10. Rats Can Eat Anything


If you’ve seen Ratatouille, you know that rats can eat a very wide range of foods, and will taste-test before really digging in. They like a lot of the same foods humans do, from grains, to fast food like pizza, and even sweets like chocolate. They aren’t at all picky – a rat will eat trash, or even the remnants of food in sewage. Because rats only take a little bit of food at a time, poisons are starting to lose their power. This varied diet makes them one of the most adaptable species in the entire world. 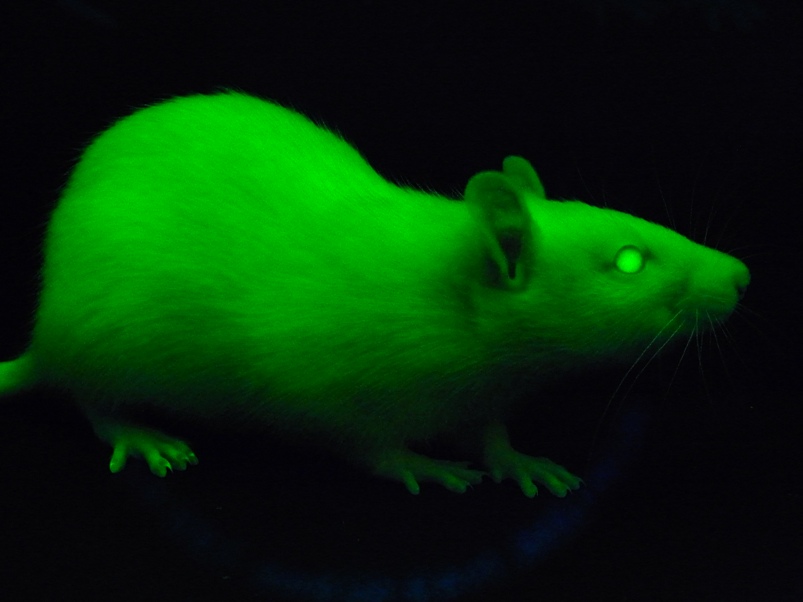 While we’re talking about rats contributing to medicine, rats are among the lab animals sometimes given a green gene known as GFP. GFP, short for “green fluorescent protein,” was first discovered in jellyfish, but has been spliced into many other species since then. This gene is usually used to track genetic diseases, including Parkinson’s, nerve diseases, and many more. When exposed to blacklight, these rats glow neon green on their eyes, paws, tails, and ears. Although you can’t get a green rat as a pet yet, GloFish and axolotl spliced with GFP can be found in certain pet stores.

At first glance, rats do not look like they were meant to be in the water. Although they definitely prefer to be on land, a rat can swim up to half a mile in open water- pretty impressive for a small animal. They can also hold their breath for up to three minutes underwater, and tread water for three days on end. Some unlucky people have even found rats swimming up their toilet pipes!

Along with eating anything and being able to swim, rats are nature’s circus performers. A rat can endure a five-story drop if it has to. Its sharp claws make it easy to climb up almost any vertical surface, and a long tail makes balancing a cinch. A rat can also fit through any hole that it can stick its head in – think a crack a little smaller than a quarter. Its ribs are hinged, allowing them to fold as the rat’s body squeezes through tight spaces. Again, this includes toilet pipes.

6. A Rat’s Teeth Never Stop Growing… and do other neat things!

All mammals, including humans, have only one or two sets of teeth throughout their lives. Rats and other rodents have special enamel that protects their buck teeth (incisors) and is harder than iron or platinum. They use these teeth so much that they have evolved to never stop growing, and have extremely strong jaw muscles as well. They have to keep gnawing – on seeds, wires, and even concrete!


5. A Rat Tested Your Medicine

Rats are used in science all the time. Roughly 95% of lab tests are done on either mice or rats, making them vital to scientific research. Because they are mammals like humans, age and breed at a fast rate, and react similarly to drugs, they are frequently used as test subjects. Diabetes, obesity, cancer, and HIV studies have all benefitted from rodent-based research. If you take any medication at all, a rat probably made sure it was safe for you before it ever hit CVS pharmacy.

In Victorian-era England, “fancy rats” were the in thing. At first, wild rats were caught, then released into a ring a sport called “rat baiting.” Bets would be placed on how fast a terrier could catch and kill the rats. Some rat-catchers, including Queen Victoria’s own Jack Black, kept some of the more interesting captives as pets. Now these “fancy rats” are no more vermin than a hamster. They come in a wide variety of colors, and can be taught tricks. Rats are surprisingly good companions!

Please be sure to ask your parents and do your homework before buying a pet rat; they need special care, and we wouldn’t want a pet to be caught by an exterminator. 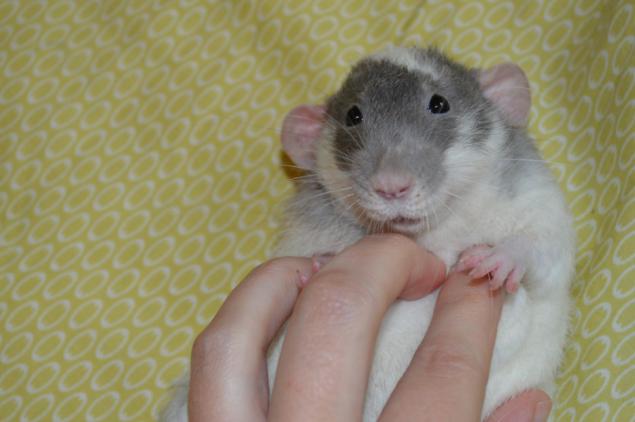 Have you ever been tempted to tickle a rat? No? Science tried just that. Rats, particularly young ones, laugh when tickled in certain places. This doesn’t sound like human laughter – we can barely hear it – but was unlike any other vocalization researcher Jaak Panskepp had ever heard. This particular squeak was present only when the rats were playing, or had just gotten tickled in certain areas. If you laugh when tickled, you have something in common with a rat! 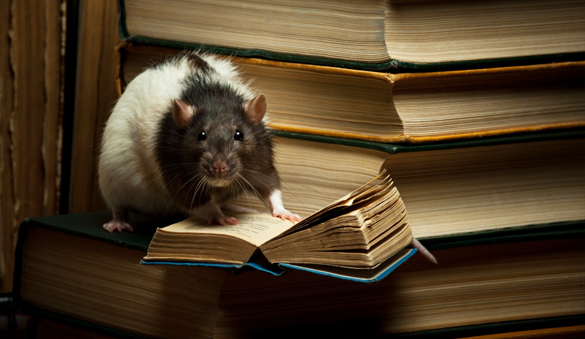 Animal intelligence is a hot topic in science. Rats are right up there with dolphins, apes, and pigs when it comes to the A students in the animal class. They can solve mazes and puzzles, are easy to train, can identify a rat on film versus a rat right in front of them, and quickly learn to respond to their names. We don’t know exactly how smart rats are, and it definitely varies between individuals, but their learning ability makes them top-class subjects!

To a lot of readers, the only nice rodent is probably Mickey Mouse. In 2015, it was found that rats had a soft side that nobody had ever thought to look for. Kwansei Gakuin University in Japan made an interesting experiment: they made rats choose between saving a drowning companion and going for a bite of chocolate. Roughly half of the rats went to save their friend instead of getting food. This chance was raised if the rats had previously been dunked in water, meaning that this wasn’t a fluke – the rats really did feel what the victims were going through, and the drive to save them was stronger than the need to feed.

Rats get a lot of bad press. Most of it is undeserved; they are fascinating, sociable creatures when they aren’t popping up in our toilets. They’re going to follow us wherever we may go, so maybe Jack Black had the right idea. Rats make much better friends than foes…but please don’t pick up any random rat you find. The rats in pet stores definitely haven’t been in anybody’s sewer, and make excellent companions!