No organ in your body works as hard as your heart – physically speaking, that is. When you think about the fact that your heart is beating at least once per second, and in most cases, a bit more than that, for your entire lifetime, it gives you somewhat of an idea just how much work it does. Even more amazing, like so many other physical things we do, we don’t even have to think about making our heartbeat – it just happens. And how cool is it that we have that much activity going on inside our chest constantly and we don’t even feel it most of the time? Where the heart is concerned, those facts are just scratching the surface. Here are some more mind-blowing facts about the amazing human heart. 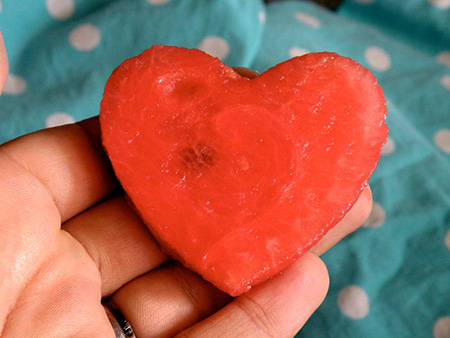 Take the average kitchen faucet, turn it on full blast and leave it running for about 45 years straight and the water that passes will be roughly equivalent to the amount of blood your heart pumps in a  lifetime. That amount is about 1.5 million barrels – enough to fill 200 train tanker cars!

The heart supplies oxygen and nutrients to the body’s approximately 75 trillion cells. About 20 percent goes to the brain and nervous system, 22 percent to the kidneys, and the heart only keeps 5 percent for itself. The corneas, located in the eyes, have the only cells in the body that do not need to be nourished by the blood.

Another interesting way to measure the heart’s power output is by using watts of electricity. The heart has every other muscle in the body beat by producing between 1 and 5 watts. Although the quadriceps are able to produce up to 100 watts for short periods, they are no match for the heart’s lifetime output which is roughly 2.5 gigajoules. That’s enough energy to drive a truck to the moon and back!

7. The art of discretion

The stethoscope was invented by a French doctor named Rene Laennec, who wasn’t comfortable with the idea of placing his ear on the chests of well-endowed women so he could listen to their heartbeat.

If you pick up a tennis ball and give it a good squeeze, it will give you an idea just how hard the heart works to pump blood throughout your body.

Although this is a term we might not take literally, there is a real connection between extreme sadness and heart health. Emotions associated with sadness and loss can cause the release of stress hormones in the blood that may significantly increase the likelihood of heart attack.

On the other hand, feeling happy and even having a good laugh may actually benefit the heart. Medical research has demonstrated that a good laugh can actually prompt the linings of blood vessel walls to relax, which can increase blood flow for up to 45 minutes.