Justin Bieber was born on March 1,  1994, in Stratford, Ontario, Canada to a single mom. When he was 12 years old, Bieber did very well in a local talent contest called Stratford Idol, which inspired him to showcase his talent for a worldwide audience by posting videos of himself performing on YouTube. Someone noticed. Within two years he had four Top 40 singles and released his first album, My World, which landed in stores during November of 2009. At the age of 15, he was on his way to becoming one of the most successful pop superstars in music history. While just about everyone knows who Justin Bieber is, millions of his dedicated fans are always anxious to know as much as they possibly can about the 20-year-old. How many of these facts about Justin Bieber do you already know? 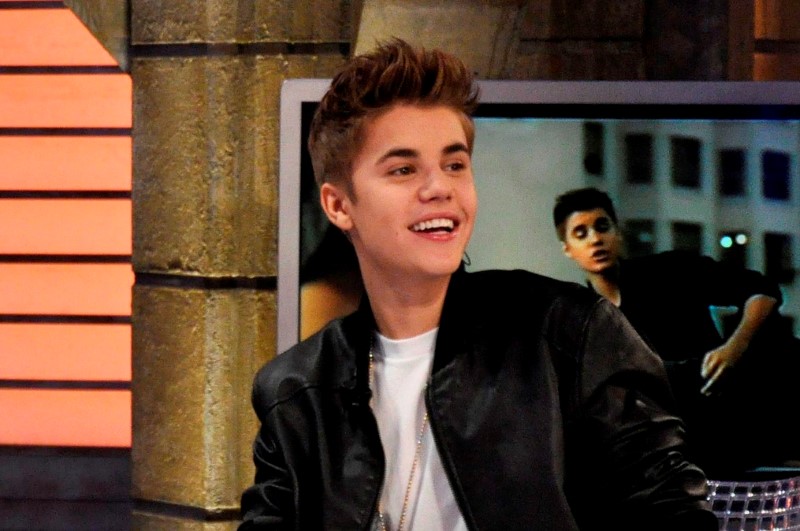 1. In January of 2013, he was late getting his show started in Salt Lake City, Utah because he has been visiting a fan in the hospital. The 7-year-old girl was being treated for leukemia.

2. When it comes to dining out, you might imagine that a millionaire music superstar might only prefer fancy 5-star restaurants, but Bieber lists his favorite restaurant as T.G.I. Friday’s.

3. He clearly takes his hair more seriously than his choice of restaurants. It has been reported that he has paid as much as $750 for a single haircut!

4. He’s been on the legendary comedy show Saturday Night Live twice. His first appearance was in 2011 when he performed with SNL veteran Dana Carvey in one of his infamous “Church Lady” sketches. He returned for his second appearance in 2013.

5. He was the youngest person to ever have five No. 1 albums in the United States.

6. Although he was probably well-received by millions of fans in his 2011 film Never Say Never, some movie critics weren’t quite as impressed. New York Magazine described Bieber as “A bland, pious, profoundly unthreatening little Furby of a pop idol.” That probably didn’t do much to discourage Beiber and the producers, since the movie ended up grossing almost $100 million.

7. His favorite kind of pie is apple pie. Maybe he should have been born American!

10. He’s a multi-talented musician and in addition to singing, he plays the piano, guitar, drums and trumpet.

12. When he was younger, one of the things that scared him the most was thunderstorms. Good thing he didn’t grow up in Florida, the thunderstorm capital of the United States!

14. He has claustrophobia and also does not liked to ride on elevators, which definitely makes sense!

15. He used to be teased about his height when he was in school. A little bit on the short side for a guy, Justin stands at 5-foot-6-inches tall.

16. Apparently he likes McDonald’s food since he once made a sign and held it up to a hotel window that read: “Go to McDonalds and get me a Big Mac.”

17. Sometimes he wears dog tags that were given to him by a fan that once belonged to a fallen soldier.

18. In what would become one of the most re-tweeted tweets of all time, he wrote “Worst birthday ever” on March 1, 2013.

19. Someone as famous as Justin Bieber is bound to be the object of bizarre rumors once in a while. One rumor that went around was that he had died, and during July of 2011, another one circulated that he had committed suicide.

20. When he got his first tattoo he reported that it hurt a little bit but he did not shed a single tear.

21. In one of those embarrassing moments that nearly everyone experiences in life, he once tripped over his own hockey stick while trying to impress a girl with his moves. How Canadian!

22. Two people who were definitely not Justin Bieber fans once purchased backstage passes just so they could tell Bieber that the divorce of his parents was all his fault.

23. He can speak French fluently, which probably comes in very handy when he visits the Canadian Province of Quebec.

24. His favorite breakfast cereals are Cap’n Crunch Berries and Frosted Mini-Wheats. Who doesn’t like Cap’n Crunch?

25. If he had to choose another profession, he reports that he would like to be an architect. Perhaps he watches too many Seinfeld reruns.

26. The man who initially signed him to his first record contract, Usher, turned him down at first, but then changed his mind after watching some of Bieber’s videos.

27. His tattoos include an owl, the word “Believe” on his left arm, a bird on his hip, Roman numerals and a crown on his chest, and Jesus tattoos on his left calf and ribcage.

28. Jeremy Bieber, Justin’s dad, was once an MMA fighter.

29. One of his most embarrassing moments on stage was when he broke his foot during a performance, but he continued and finished the song like nothing had happened.

30. When he had earned his first million dollars he wanted to buy a new house for his mother.

32. He has a few nicknames, which include:  J-Beebs, Justin, JB, Biebs, Bieber, Beebs

33. His parents also have musical talent. His father plays the guitar and his mother is a singer.

34. One of his favorite television show is Friends, which he used to watch all the time with his mom when he was growing up.

35. He doesn’t care too much for clowns.