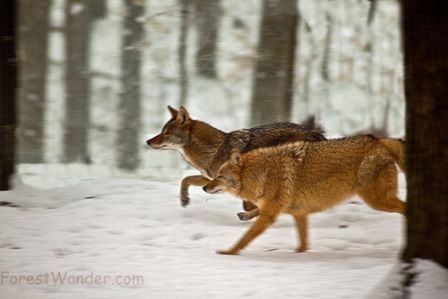 Coyotes are highly adaptable which is why you can find them in every state of America except Hawaii. They live in mountains, prairies, deserts and even cities. They will eat just about anything from Black-tailed jackrabbits and lizards to bugs and berries. Their only predators are Bears, Wolves and of course humans. So whether it’s eluding capture or catching dinner their ability to jump as high as 8 feet and run up to 43 miles per hour ensure that they are going to be around for us to enjoy for a very long time. 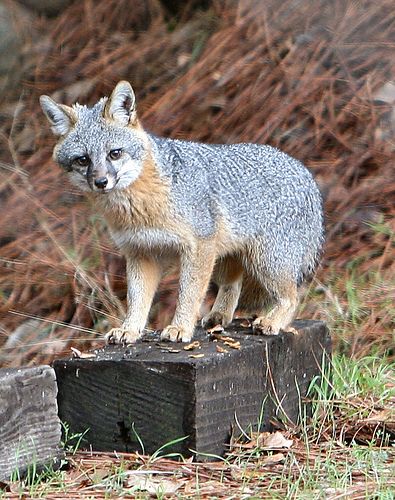 Not many people see this elusive creature as it is much more secretive than it’s cousin the Red fox. With it’s nocturnal eating habits and the fact that it is less likely to bark or yip as often as a Red fox, you may never even hear one. But if you are ever walking in the woods at night and see a streak of movement, it might just be a Grey Fox. They can reach speeds up to 44 miles per hour. Although if you hear something jumping from branch to branch above you, that too could be a Grey Fox. They are one of two canids that can climb trees. The other is a raccoon dog. 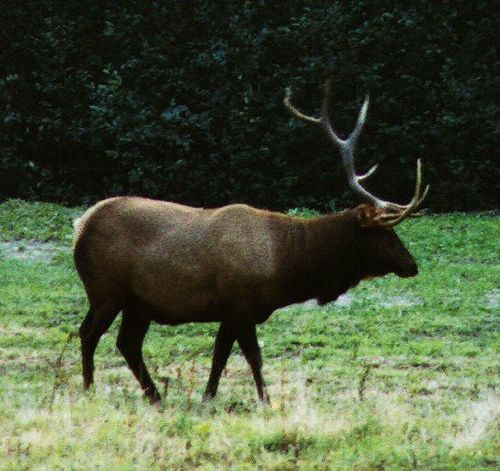 Also known as Wapiti, meaning “ light colored deer” they once roamed most of North America but with the spread of man they have moved off to more remote wooded areas. They hold true to their flat-land prairie behavior though by always grazing in herds. They are very social animals and will always seek each other out by emitting little chirps through their nose so they can find and be found by other Elk. On the occasion that a bear or pack of wolves get brave enough to challenge the herd their running speed of 45 miles per hour comes in handy especially since bears and wolves top out around 20 miles per hour. 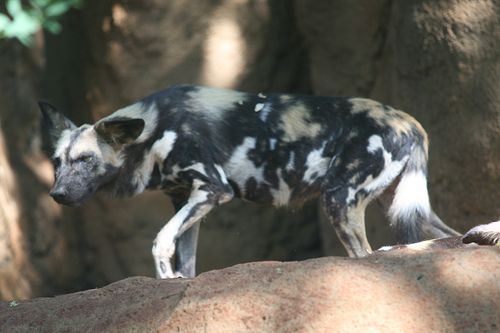 African Wild Dog or Lycaon pictus, Latin for “painted wolf” are found only in…you guessed it, Africa. Mostly the Savanna’s or lightly wooded areas. These beautifully colored and rare dogs live in packs and hunt with 10 – 20 pack males at a time. Before a hunt they seem to rile each other up by yipping and jumping around, much like a sports team before a game. Pack size and speeds up to 46 miles an hour make them a formidable hunting party.

Unlike most pack animals, these Wild dogs use very little intimidation within the pack. They seem joyful upon the return of other members and have intricate greeting rituals. 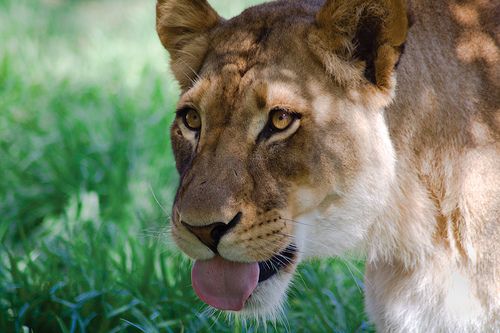 The Swahili word for Lion is Simba… remember him from Disney’s The Lion King? Lions are the second largest in the ‘cat’ family, Tigers being the first. A Pride is what a Lion’s family is called. Within the Pride everyone has a job. The Males patrol the territory and protect the family while the females, A lioness, do most of the hunting. Lioness’s hunt in a group. They sneak and creep stalking their prey forming a half circle around their prey if possible. When close enough they spring into action. Lions can run close to 50 miles per hour but only for a short distance. They lack the stamina for long distance.

Once they prey is caught, they bring it back to the rest of the pride where the lead male eats first followed by the younger males…they get majority of the meat…called the Lion’s share. Then the lioness’s and cubs can eat

Amazing fact: Lions can breed up to 50 times a day. Made even more remarkable by the fact that they sleep/nap 20 hrs a day 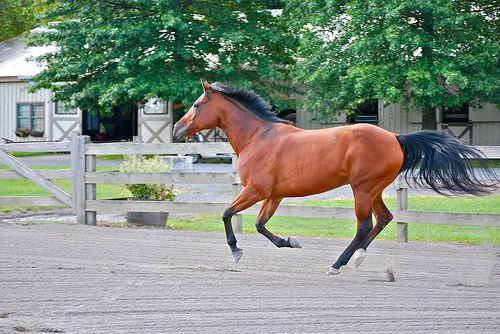 The Quarter Horse is the first and most loved “All American” horse. First bred in the 1600’s for farm and ranch work, it quickly became a favorite at the track, running the quarter mile faster than any other breed – Hence the name Quarter Horse.

It’s been recorded to running up to 47 miles an hour. With it’s speed ,wonderful temperament and agility, it’s no wonder cowboys wrote songs about their horses. They worked with them during the week on ranches and farms and played with them on the weekends at rodeos and race tracks. With over 3 million registered quarter horses in the U.S. alone it’s clear to see that the Quarter horse is still a favorite 400 years later. 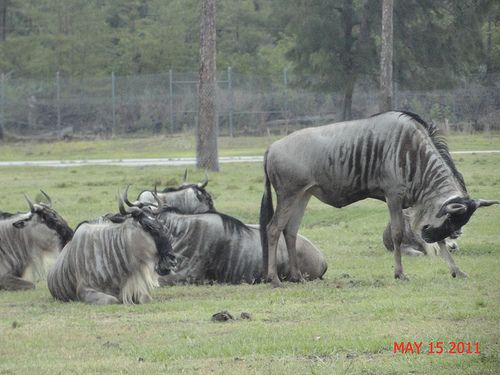 The Wildebeest is part of the antelope family. They migrate every year, they cycle is between 500- 1000 miles. They are constantly on the more. It starts right after the calving season. They often travel in one long line grazing as they go, with zebras and gazelles following as there is safety in numbers. Wildebeest is the favored meal of Lions and Hyenas so it’s a good thing their average speed is faster than a Lions at 55 miles per hour. Both the bulls and females will protect their young and can win a battle, even when it’s against an African crocodile .

If a baby loses it’s mother, it will imprint on the first thing it sees, be that a person or a car. Territorial Bulls can act so silly during the mating seasons that they are nicked named “ The clowns of the savanna” 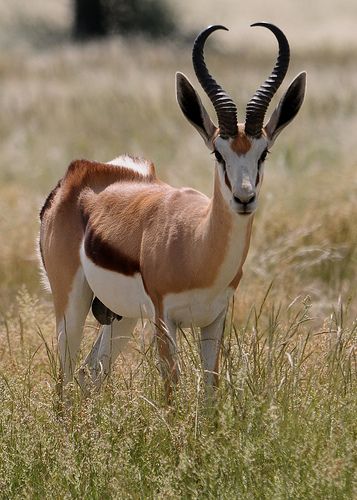 Springboks are famous for their pronking, which is Afrikaan for “showing off.” It’s where they leap up in the air 5 -6 times in a row. They do this when they are excited or alarmed. They can reach 11.5 to 13 ft in the air. That’s higher than the average ceiling. If done because of predators are near it helps them see where the threat is and in which direction they should run. The Pittsburg zoo has clocked a Springbok at 62 miles an hour which makes them one of the fastest animals on land.

Springboks have a pocket like skin flap on their back. When they pronk, they lift this flap and a strong sweat-like odor is emitted 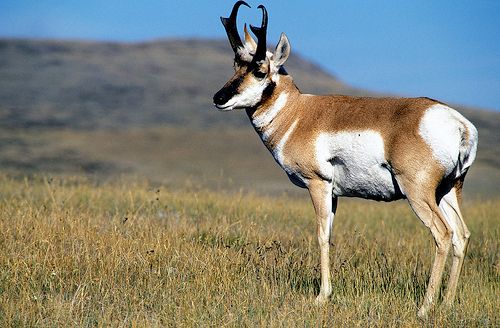 Pronghorns are only about 3 feet tall at the shoulders but are very hearty animals. They have been observed to have 13 different gaits. At half speed they can travel for miles, leaving any predators far behind them. Their top speed is hard to judge but estimates are between 58-63 miles per hour. Even their young can out run a human within days of being born. 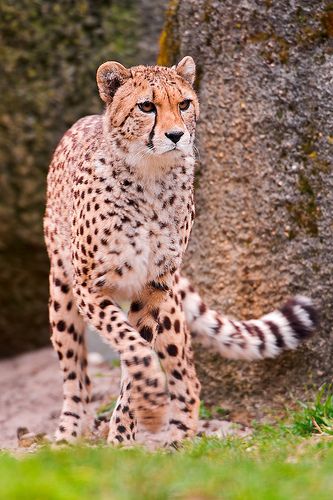 Cheetah, the fastest land animal on the planet! They can run from 0-60 in 3 seconds! Cheetahs can maintain a speed of 70-75 miles per hour for 200-300 yards. Compared to other large cats, cheetahs are light weight at about 70-140 lbs. Cheetahs will take their food up into a tree or hide in tall grass so that other cats can’t see them as they are not built to fight. If challenged they will leave their food and run. Lions and Hyenas are their main predators.