Findings have indicated that women who have more male friends than female friends tend to enjoy better mental health. It seems counterintuitive to hear that female friendships are often unhealthy to the point of inducing stress and depression, especially because compared to their male counterparts, women are considered to be relational, empathetic and intuitive beings. 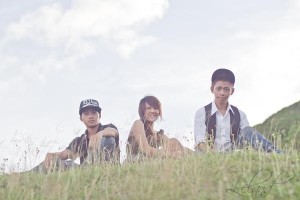 However, contrary to the widely acclaimed social benefits of having an empathetic nature, one of the downsides of this particular virtue is the risk of assigning too much meaning to another’s actions and words. The risk this poses to the survival of a friendship grows exponentially when the meaning assigned, takes a negative stance. Similarly, because women tend to place a lot of importance on intuitive understanding in friendships and relationships, a clear articulation of personal needs and discussion of problems when they do arise is rarely if ever delivered, simply because ‘he or she should have know better’. Books have been published in the last decade geared toward reporting real life stories and helping women maintain their friendships with other women. One such book is entitled “The Friend Who Got Away: Twenty Women’s True-Life Tales of Friendships that Blew Up, Burned out, or Faded Away” and is indicative of the magnitude of the problems that female friendships often lead to.

Since the advent of feminism in the late 18th century, the promise of feminine solidarity that seemed to be a pre-requisite to defending the rights of women has remained somewhat elusive. More specifically, a number of feminist scholars have argued that it is often other women who perpetuate gender stereotypes in society. Such women can be our mothers, sisters and our friends. This reinforcement of gender stereotypes is often done unconsciously through seemingly innocent comments and friendly suggestions. One example is a mother who places more importance on her daughter’s looks and lady-like mannerisms than on her intelligence. Another example is being told by a well-meaning friend that making the first move in a romantic situation is a big faux pas and subsequently being judged or gossiped about if one chooses to ignore that well-meaning advice. Women tend to judge each other more harshly, and the values on which that judgment rests are often rooted in misogynist ideas. However, that being said, research has also shown that the competition among women lessens with age. Menopausal women tend to be more cooperative with their peers, than their younger counterparts.

Studies have shown that friendships among men tend to last longer than friendships among women. One such study done with students in co-ed universities found that men tended to show higher satisfaction with their roommates (whether or not there had been conflict) than their female counterparts. A number of findings in this study indicated that men tended to be more tolerant and forgiving of other’s shortcomings. However, in spite of the benefits associated with having male friends, many remain skeptical of the possibility of men and women being just friends. Can relationships between members of the opposite sex remain strictly platonic? Well, answering that question would require an entirely different post.