Greece, one of the oldest countries in Europe is situated in Southeastern Europe with a population of about 11 million as of 2016 and home to thousands of Islands. Often called the base of Western civilization, it was quite influential in ancient times. Having been abrogated by Rome in the second century BC, Greece became an integral part of the Roman Empire with their language and culture dominating the entire region. With many exotic beaches; from the black sands of Santorini to the party resorts of Mykonos, Greece is never in lack of tourists. Here are some interesting facts about Greece. 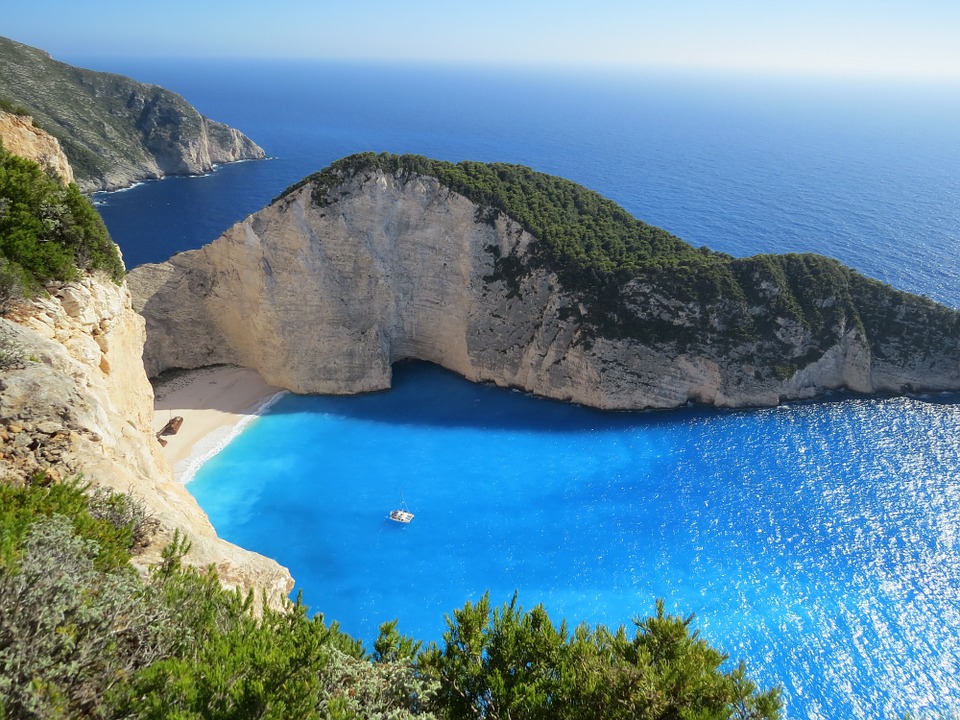 Most countries practice they system of democracy but do they know how it came to be? Greece is considered the birthplace of democracy. Democracy originated in Athens and was called the ‘Athenian democracy’. It was formed from the Greek word demokratia which meant “people-power”. Greece was the first nation to give its people voting rights albeit just the adults and males as females, foreigners, and slaves were not allowed to vote. They even had the constitutional power to exile politicians for 10 years.

2. GENESIS OF THE OLYMPIC GAMES

The city of Olympia, Greece hosted the first-ever Olympic games in 776 BC. These were religious and athletic festivals held every four years in honor of Zeus, the god of the sky and leader of the Greek gods. These festivals included running, wrestling, boxing, chariot races, horse races, and pentathlon. The winners of each competition were presented with olive crowns made from the sacred olive tree. Women were not allowed to compete and had their own separate festival which held every four years to honor Heraia the wife of Zeus.


The ancient Olympics was stopped in 393 AD by the Roman Emperor. The modern Olympics will not begin till years after in 1896. This was propagated by a French educator who believed the world will have a better chance at peace if everyone gathered to play sports. The Olympics five rings logo was designed by him and they represent North and South America, Africa, Asia, Europe, and Australia. The first modern Olympics was hosted by Athens. They are held every four years.

Greece is one of the major tourists’ destinations in Europe so much so that there are more tourists in Greece than Greeks in summer. With more than 200 exotic islands, this is not surprising. In the midst of many, one island stands out. The island of Ikaria, one of the five “blue zones” of longevity. The island has one of the longest life spans in the world which means that people there live much longer. About 30% live well into their 90s which is on average 10 years longer than those in the rest of Europe and America. They also enjoy other factors like lower rates of cancer and heart disease, less depression and dementia, good sex life even in old age and remain physically active deep into their 90s.

4. ORIGIN OF MOST ENGLISH WORDS

Having been used continuously for over 5000 years, the Greek language has to be the oldest written language still in existence in addition to having a huge influence on the English language and other languages. The Greek alphabet was the first to use vowels. Even the word ‘alphabet’ comes from two Greek words ‘alpha’ and ‘beta’ which are the first two letters. Some example of English words which came from Greek words is philosophy, marathon, academy, apology, siren, etc.

5. HOME TO SOME RENOWNED SCHOLARS IN HISTORY

Some of the greatest scholars in history with expertise in different subjects like mathematics, philosophy, history, science, etc came from Greece. Scholars like Socrates, Plato, Aristotle and Archimedes, Pythagoras were all Greeks and were part of the great scholars of the Renaissance.

Greece has more varieties of olives than any other country in the world. It is the largest olive producing nation after Spain and Italy. Around 60% of cultivated land in Greece is used for Olive planting. A special variety of tiny olives called Koroneiki are the most prized Greek olives. Despite their small size, they come with a high-quality oil. When green, this variety of olives are used for table olives and when black and ripe, they are used to make the finest quality of olive oil. About 65% of olive production in the country is done in the Peloponnese region.

7. THEY ARE CONSCIOUS OF THE EVIL EYE

The evil is a curse believed to be cast by a malevolent stare or glare usually given to someone when they are unaware. Many cultures such as India and Greece believe that receiving the evil eye can cause injury or misfortune. When visiting Athens, you will come across a lot of talismans and ornaments in the shape of a big blue eye which is worn to ward off the effect of the evil eye. These talismans are called mati which means eye in Greek. They are most often found in homes and offices, on pieces of jewelry and keychains and over a baby’s crib. It is the most common superstitious belief in Greece. Sometimes, after giving a compliment, Greeks make a puff of breath through pursed lips in the manner of spitting. This is also believed to protect the person receiving the compliment from the “evil eye”.

A one year to 18 months military service is mandatory for men who are at least 18 years old. They must serve in any branch of the armed forces. This way, individuals are easily able to defend themselves in adverse situations. The government allocates 6% of the annual Gross domestic product to the military. Greece is one of the European nations where military service is mandatory.

With a good number of islands and hospitable citizens to boast of, Greece is the place to be in summer. The country also enjoys more than 250 days of sunshine or 3000 sunny hours a year. Perfect for sun tanning. Each island has its own unique charm. Santorini dubbed one of the most romantic destinations in the world is famous for its whitewashed buildings, towering cliffs, and breathtaking sunsets. Rhodes is known for its old town, ancient statues and fountains. Mykonos is renowned for its cosmopolitan atmosphere, stars on sun-drenched beaches, stylish bars and humming night clubs. Athens also has 90 open-air cinemas during the summer which are usually situated on rooftops, enclosed courtyards, and terraces.

Muna is a developing writer who has a flair for life and its experiences, history, people, and places. You can follow her on Instagram @chubby__m and/or Twitter @chukwu_munachi


Want to write an article? Complete your details here.