When you buy a drink from your local shop you are overwhelmed with choice and brands. You can buy a can of 7UP, a bottle of Fanta or choose to drink Dr. Pepper, these are all recognisable names used to sell a product. However, it may surprise you to find out that Heroin was once a commercial brand name used to sell and market cough medicine.

Heroin, or diacetylmorphine to give it its scientific name, was first synthesized in 1874 by an English gentleman called C. R. Alder Wright. It wasn’t until 1898 that a man called Heinrich Dreser, head of drug development at German pharmaceutical company Bayer saw the commercial potential in the drug.

Dreser started developing the drug as the treatment for respiratory diseases such as bronchitis, asthma, and tuberculosis, testing the drug on animals, human test subjects and even himself. Unsurprisingly Dreser and his test subjects liked the drug, saying it made them feel “heroisch” German for heroic. From this, the brand name heroin was born. 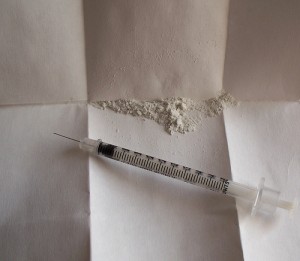 Heroin was given a big thumbs up from Dreser and the Bayer big bosses. Samples of the drug were given out to doctors who in turn prescribed Heroin to their patients. Bayer was producing Heroin pastels, cough lozenges, tablets, water-soluble Heroin salts and a Heroin elixir.

Suspicion of the drug arose however when doctors started to report patients requesting Heroin cough syrup even though they weren’t showing any respiratory problems.

It turned out that Heroin was extremely addictive and detrimental to a person’s health. Bayer stopped producing and selling Heroin in 1913, deleting any mention of the drug in its company history. In 1924 Heroin was made illegal in the USA, even for medical purposes. In Britain, heroin is still used for medical purposes to this day, accounting for 95% of the world’s legal heroin use.


You’d expect that being a producer of a highly addictive and potentially life-wrecking drug would destroy a career and a company. However, thanks to Heinrich Dreser’s other pharmaceutical baby, Aspirin, he and Bayer became very successful, Bayer becoming one of the largest pharmaceutical companies in the world with quite a large skeleton in its closet.

So remember, next time you have a cough, just be careful what brand of medicine you choose.


Related:
The 10 Most Addictive Drugs in the World