Route 66, also known as Mother Road or the Main Street of America is a road stretching from Chicago, Illinois to Santa Monica, California. Established in November 1926, Route 66 was one of the main routes to take while travelling from the east to west coast. However, the US Highway system changed. Route 66 was replaced by four-lane Interstate Highways, allowing people to travel from coast to coast faster. Route 66 then fell out of commission in late 1985, taking with it many of the small businesses that had grown dependant on the Mother Road.


US Congress passed a law in 1990 to keep Route 66 as an American heritage symbol. 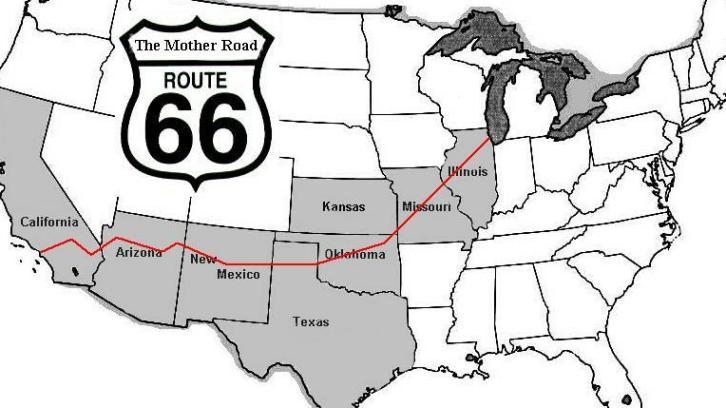 A little sign in Chicago marks the start of Route 66 on Adams Street. The original starting point of Route 66 is a block away on Michigan Avenue and Jackson Boulevard. In Chicago, a city filled with mysterious small-town history, take some time to soak in the cosy atmosphere of mid-country USA.

Chicago Tribune Tower is Chicago’s publishing house. Inspired by Gothic architecture, the building was designed by two New York architects John Mead Howells and Raymond Hood, who entered a competition organized by the Chicago Tribune back in 1922. Their gothic design won them the first place along with prize money of $100,000. This building now houses offices of the Chicago Tribune, Tribune Media, Tribune Publishing and even WGN Radio. A fun fact about the Tribune Tower is that it has pieces and bricks of different historical architecture from around the world incorporated in its external architecture. Small parts of the Taj Mahal from India, Hagia Sophia in Turkey and France’s Notre Dame de Paris have been built into the walls of the Tribune Tower. Even the Coliseum and the Great Wall of China have made contributions to the building.

While in Chicago, why not go and look up one of the centrepieces and cornerstones of the Grant Park. Grant Park was a movement to save Lake Michigan. Visiting Grant Park will help to take you away from all the bustle from the city, serenity as compared to the organized chaos that is the city.

Though it is not a main city like Chicago or St Louis, drop in if you want to visit Abraham Lincoln’ abode and his tomb. Declared a national historic site, the Lincoln home has become a little museum to show how the Lincoln family lived.

The wonderland for historians and adventure enthusiasts. Quaint little restaurants and cafes litter the area for pleasure of lazy afternoons. The ideal small town life lies right there in St Louis.

The giant arch that can be seen from the mid-town square. From bottom of the arch up to the peak of the arch, it measures a total of 630 feet (192 metres). Completed in 1965, the Arch was built in remembrance of the people who had aided in expanding American territory westward. 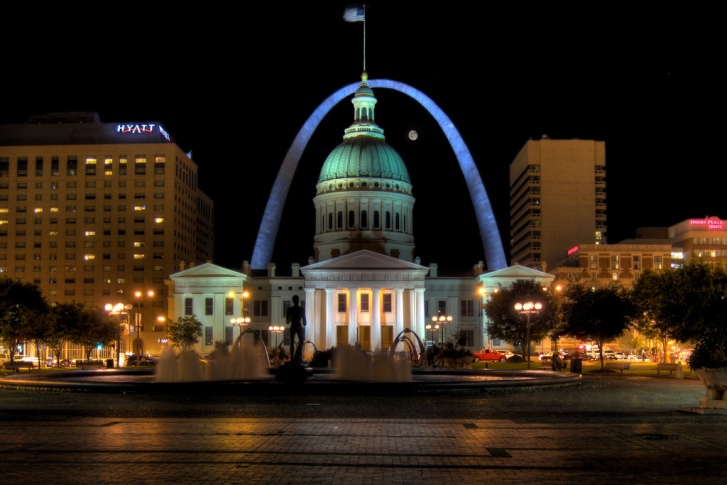 This city is filled with history especially those in relevance to the American Civil War. A haven for all those passionate in history, this city is loaded with museums.

What used to be called the warehouse district, Bricktown is now a district for the arts, culture and history. Back in the day, warehouses were centralized here. Oklahoma’s first newspaper for the African American population, the Black Dispatch, was also started in Bricktown. Declination of Bricktown started in 1930s, when the Great Depression hit the world and businesses went bankrupt. After the Great Depression, the faster recovery of eastern towns drew people and business away from the area, leaving behind huge abandoned warehouses.

Now, you can take a water taxi through the Bricktown Canal, spend a lazy afternoon at the restaurants or take your time shopping while feeling the easy 20th century charm.

Albuquerque is fashioned after Spanish villages due to its colonization by the Spaniards in the early 1700s.

The Old Town Plaza was commissioned in 1706 by the Spanish governor Francisco Cuervo y Valdes. Just like another small Spanish village, the Plaza was a centralized area surrounded by other buildings; the government buildings, the houses and churches. Even though Route 66 had brought businesses and prosperity to Albuquerque, it brought sickness as well. In the early 20th century, tuberculosis was rampant in Albuquerque due to its dry weather.

The original Route 66 had gone through the North-South alignment of the city. In 1937, they moved the route to Central Avenue which was a more efficient travel pathway. The signs, even though now brown with age still stands where it was decades ago.

Old Town Plaza is the place to be to appreciate old school glamour. The perfect asylum for those who want to get away from the noise of traffic and reminders of the modern world.

Welcome to the west coast and the last stop of Route 66. Santa Monica, the perfect place to lie in the sun since the 20th century.

Barney’s Beanery is a restaurant and pub that has been sitting in its same spot on Santa Monica Boulevard since 1927 when the establishment was moved from Berkeley. Barney’s Beanery was infamous for its discrimination, against homosexuals in particular. The owner had even put up a sign to warn them to keep away. It was taken down after the owner died, a success of the gay activist groups who had been fighting for the sign to be removed.

A few movies have also been filmed in the restaurant, boosting its popularity amongst tourists. 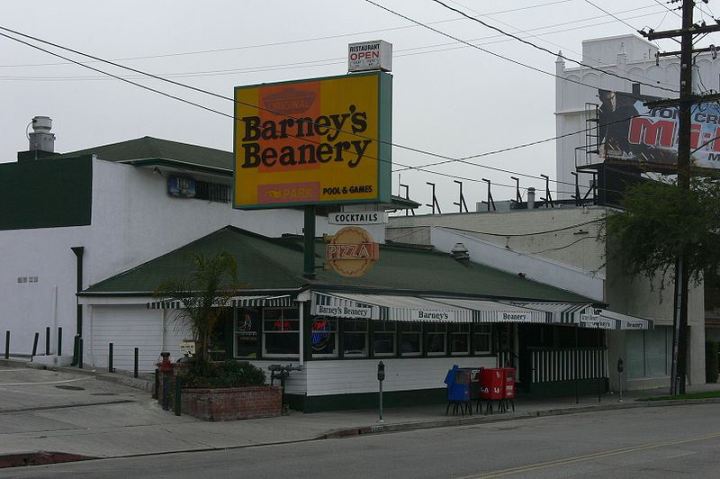 Without a doubt, there have been many accidents along Route 66. Chicago Eastland Ship Disaster has to take the prize. 9 years before Route 66 was commissioned, the Eastland had capsized in the Chicago River, killing more than 800 people in total.

People have been said to hear laughter and cries of women and children.

From Saint Louis to Oklahoma, there were quite a number of civil war battlefields. Battlefields are the perfect breeding place for ghost stories. Also, Confederate soldiers would kill Union troops and bury them in shallow mass graves. Cries of pleading and crying men are rumoured to be heard along with sounds of gunshots.

Another instance of a murder leaving behind spirits took place in the Coleman Theatre. Constructed in 1929, it served as a rest stop for those going west, providing travellers with food and a place to sleep before they headed out again. Bay Rum cologne can be faintly identified and it was the cologne that one of the projectionist in the theatre use to wear. In the dressing rooms as well, there would be apparition sightings.