Probiotics are living microorganisms that have many benefits for our health. They are found in fermented foods and in the form of food supplements. They have been shown to improve the function of the immune, digestive and a number of other systems in the human body. Recent studies suggest that probiotics may play a crucial role in the fight against weight gain. 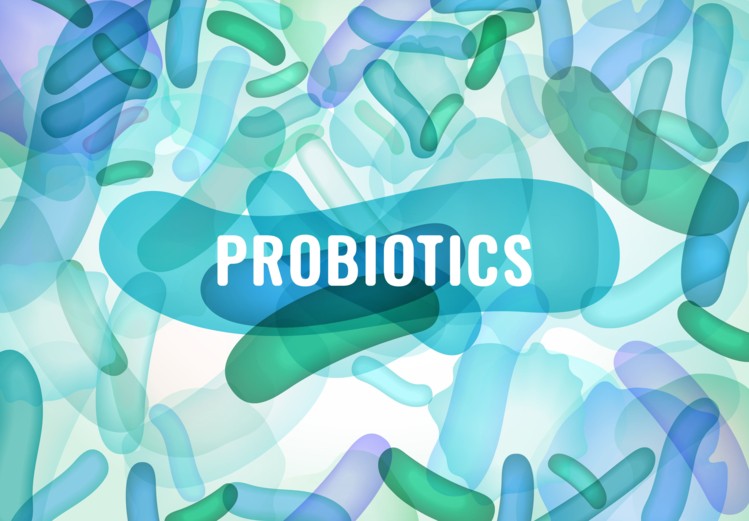 The link between the intestinal microbiome and obesity

Billions of microorganisms are found in our digestive system. Most of them are “good” bacteria that produce important nutrients, such as vitamin K and some B vitamins. They also help break down fiber that our bodies cannot absorb, making it short-chain – fatty acids, for example in butyrate.

The good bacteria in our gut are mainly divided into two families – bacteroidetes and firits. Research shows that our body weight is directly related to the balance between these two families of bacteria.

People with normal weight have more variety of bacteria in their gut than those who are obese, according to a 2009 study. Researchers also found that overweight people had more bacteria in the bacteroid family.

From this, we can conclude that in order to maintain a healthy weight, we must not only maintain a balance between the two families of beneficial bacteria but also have a large enough amount of diverse flora in our intestines.

What is the mechanism by which probiotics affect our weight?

Probiotics affect appetite and caloric expenditure by producing short-chain fatty acids such as acetate, propionate, and butyrate. Also, they prevent the accumulation of fats that we eat because they stimulate their natural excretion from the body.

In addition, simply put, they make the body “collect” fewer calories from the food it eats. Studies show that Lactobacillus bacteria have the best properties in this regard.

There is a lot of evidence linking obesity to chronic inflammation in the body. By strengthening the intestinal mucosa, probiotics fight against permeable bowel syndrome, thus reducing inflammation and preventing the accumulation of extra pounds, as well as many other diseases.

A 2017 study found that taking probiotics helps reduce weight and body fat. Scientists have found that Lactobacilli have the best effect on weight gain. Within 6 weeks, overweight people who consumed yogurt daily were able to reduce their body fat percentage by as much as 4%.

Another study of 125 women found that those who took Lactobacillus Rhamnosus daily lost 50% more weight than those who took placebo pills. Even after the end of the study, the women taking the probiotic not only kept the weight off but also managed to get rid of more.

On the market, you can find the reputable probiotics ProLact brand containing specially selected Lactobacillus Ramnosus in the natural probiotics ProLact Biostim and ProLact Max. The latter is produced from goat’s milk, for which there is also evidence in the fight against excess weight and speeding up metabolism.

A third study conducted last year with 114 obese Koreans found that those who took Lactobacilli for 12 weeks were able to significantly reduce weight, body fat, and waist circumference.

Which probiotics should we take for weight loss?

ProLact probiotics have a special family of probiotics for weight loss. They are made from cow’s milk, but are almost lactose-free, thanks to the enzymatic processing of milk. They contain billions of living cells of Lactobacillus Bulgaricus and Streptococcus Thermophilus.

ProLact Slim is a probiotic food enriched with lyophilized fruits – papaya, green melon, and grapefruit. These are real fruits, dried and ground to a powder, without any additional added artificial flavors, preservatives, or flavors.