It is no secret that London is booming with things to do, see, and eat, but there is more to the United Kingdom than the metropolis!

Taking a day to explore the countryside and all the country has to offer is a great addition to any London trip. After all, the United Kingdom covers 93,600 square miles, so there is much to explore!

We compiled interesting facts about some of the best day trips from London – all of which can be reached when you compare cheap cars and hire one for the day!

This first one might be a bit obvious, but it is no less interesting. This prehistoric stone circle is approximately 5,000 years old and shrouded in mystery. It unclear what the purpose or meaning behind the structure is, but the fact remains that it has stood the test of time for centuries. The largest stones stand over 30 feet tall and weigh 25 tons.

You certainly cannot touch the stones when you visit, but you can stroll around the massive monoliths. The visitor centre provides an interactive presentation that sits you inside the stones throughout various seasons.

There’s another plus to visiting Stonehenge, too: Since you hired a car for the trip, you can drive just a little bit north to Avebury to see another famous set of stones. Bonus? You can touch those!

Fun fact: Stonehenge is older than the Great Pyramid of Giza!

Brighton is a bustling and bright city on the coast that is often called London-on-Sea. It has a string of independent businesses and vibrant originality. Many characterise it as creative, grungy, and bohemian. 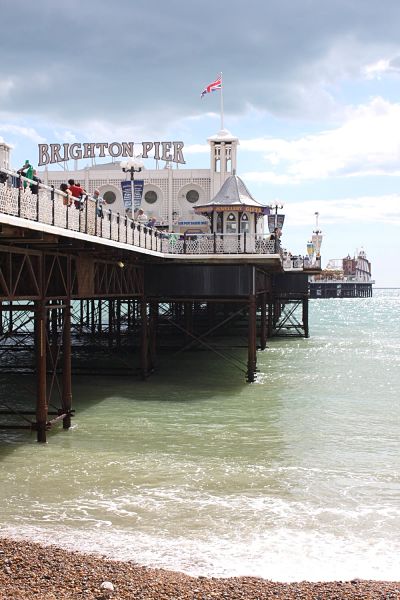 A solid trip will start in the North Laine neighbourhood, which is teeming with cafes, pubs, and theatres. The eccentric Royal Pavilion offers history and amusement. This space originated as a seaside retreat built by King George IV. A casual stroll along the pier gives a great view of the ocean and plenty of amusements.

Fun fact: Brighton is home to the Duke of York theatre, which is the oldest purpose-built cinema and the site of many movie and TV filming scenes.

Another fun day trip is Bath, a city often argued to be Britain’s most beautiful city. Its history began with the area’s thermal springs, which the Romans built around to create a spa retreat. It is home to astonishing Georgian architecture and remains a wildly popular tourist attraction.

A day trip here starts at the Roman Baths complex, which is broken down into the Roman Temple, the Sacred Spring, the bath House, and the museum. The latter has intriguing finds from the ruins.

If you are feeling a physical challenge, climb to the top of Bath Abbey, a large medieval church. Two remaining sites are the breathtaking Royal Crescent and Pulteney Bridge.

Fun fact: Pulteney Bridge is lined with shops on both sides and is only one of four bridges in the world with this feature.

This city is centred around the Canterbury Cathedral. The surrounding town harkens back to its medieval routes with the original street plan still in place and the classically Tudor architecture.

The Cathedral is a UNESCO World Heritage Site and the seat for the Archbishop, the leader of the Church of England. The town also houses the ruins of St. Augustine’s Abbey, a sixth-century abbey. Closeout your trip with a boat tour on the River Stour to soak up what Canterbury has to offer.

Fun fact: Canterbury was once a site of pilgrimage and gained its name from the pilgrims who would “canter” or trot quickly into the city before curfew.

Of course, this list is nowhere near exhaustive. There is so much to see and do in just a short car drive from London! Despite its size, no part of the United Kingdom is ever more than 75 miles from the sea, so you can always make a trip to the beach. For scholars, it is worthwhile to check out Oxford or Cambridge, home to two of the most prestigious and historical cities in the country.

No trip to London is ever limited to the city  – so take the time to explore one of these interesting options!