Helen Keller. The name itself is enough to make people pause and realize that this world is full of extraordinary people who have overcome tremendous adversity and found not only usefulness but happiness and fulfillment. The story of the young girl who became ill at a young age and consequently lost her hearing and her sight has been a source of encouragement for people facing obstacles for over a century. 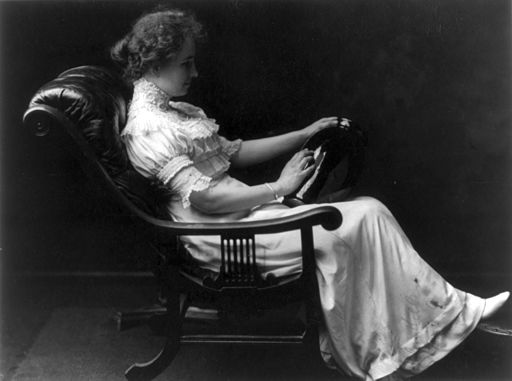 Most people know that when Helen met Anne Sullivan (thereafter dubbed the Miracle Worker for her amazing work with Helen) her world opened up as she was finally able to communicate with the outside world and rejoin her family and society. But Helen was more than her disability and subsequent accomplishments; in fact, her life is full of rich and interesting tidbits of information that help to paint the full portrait of this exceptional woman. Here are eight interesting facts about Helen Keller.

2. Helen Keller was an avid dog enthusiast and almost always owned one during her life. During a trip to Japan, she was presented with a gift of a dog which she brought home. In doing so, she effectively introduced the United States to the dog breed Akita.

3. Japan wasn’t the only place that Helen Keller visited. She became a world traveler and was able to visit 39 countries during her lifetime.

4. In 1919 a silent film called Deliverance was released to the public and the film was the story of Helen Keller’s life. Not only was she the subject of the movie, but she also starred in it. As a side note, Helen Keller accepted an Oscar award in 1956 for the film The Unconquered which was a documentary about her life.

5. Helen Keller became a regular visitor to the White House as she met with every president from Grover Cleveland to Lyndon Johnson.

6. As Helen grew older, she began to write a lot more and she wrote several articles for the Ladies Home Journal on the topic of blindness prevention. She also wrote a book in 1902 called The Story of My Life.

7. Helen was awarded the Presidential Medal of Freedom in 1964 due to the work she was doing in helping those with disabilities.

8. Due to her disability, Helen had to learn a number of ways to communicate and in total had five methods that helped her: touch-lip reading, braille, finger spelling, speech and typing.