1. Where did the history of table tennis begin?

The improvised game of table tennis began in 1870 but was actually first played in Victorian England in 1880. Initially, the name was used as “Ping Pong,” but it became two terms for the same sport over time. In 1901, this sport was officially given a trademark name.

The history of table tennis records a lot of changes and progress, first of all in the rules and other organizations such as tournaments, leagues, and table tennis associations.

In any case, the reason and idea to play this sport started when the high class in England wanted to play tennis indoors, and then they improvised with a regular table and books instead of a net in the middle of the table. 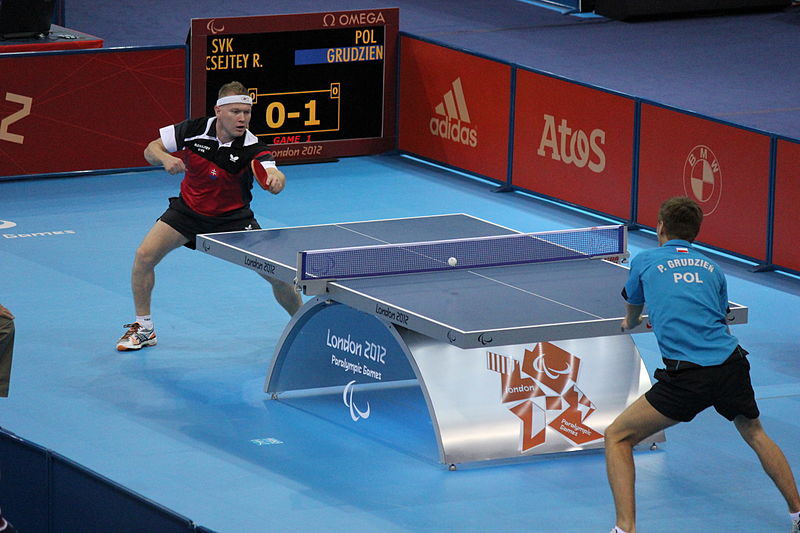 2. Table tennis is the most popular indoor sport in the world

The main reason for that is because everyone can play table tennis. Of course, there are a lot of professionals, as in any sport, but everyone can play recreationally or for fun. The other thing is that this sport has a lot of benefits and helps people around the world to improve their health, lose weight and socialize at the same time through entertainment.

Table tennis gained its most tremendous popularity when it became an Olympic sport. That happened in 1988 at the Seoul Olympics.

Since then, more and more people have become attracted to this sport and started playing it en masse. There are currently 226 associations worldwide, and there are over 300 million registered players. It just says how popular the sport is, and in recent years, most players have been in China.

Many countries are good at table tennis in the team as well as individual competition. However, from 2008 from the Beijing Olympics to the present day, China is the absolute favorite in all competitions. Then they won all three medals in both men’s and women’s competitions.

Today, the world champions and the first in the rankings of the International Table Tennis Federation ITTF are Chinese players. Why are they so successful in table tennis?

First of all, because they train hard and hard and are completely dedicated.

Secondly, their training is different from the Europeans, and plus there is a lot of competition there, so everyone works hard and improves to get the national team. An example for their children and other players is Liu Guoliang, who has won all three major world tournaments, the World Cup, the World Cup, and the Olympics.

However, that means he filled the “Grand Slam.” They dominate the women’s competition by currently having seven players out of the top 10 in the world.

Firstly, you can play table tennis your whole life, from the beginning as a child until the last years of your life. It is a great benefit that affects the health of every person.

Secondly, it encourages eye and hand coordination, and you will be more efficient in your daily activities and at work. People who play table tennis usually perform tasks faster and more efficiently thanks to the motor and mental abilities they practice through the game.

Thirdly, it prevents the occurrence of Alzheimer’s disease. According to many studies, people who have been involved in this sport all their lives are much less likely to get Alzheimer’s than others.

Moreover, it is a social sport that connects people through socializing and tournaments. This allows you or your children to associate more and make friends around the world.