In the last ten or fifteen years or so, Brazil has been making its mark on the world economy, mostly as a result of its growing economic strength and leadership in the southern hemisphere. This fifth biggest country has become a vital player on an international scale and continues to have an impact on numerous global concerns. It’s safe to say that we are only just beginning to see what this great nation who brought us Carnival is capable of. 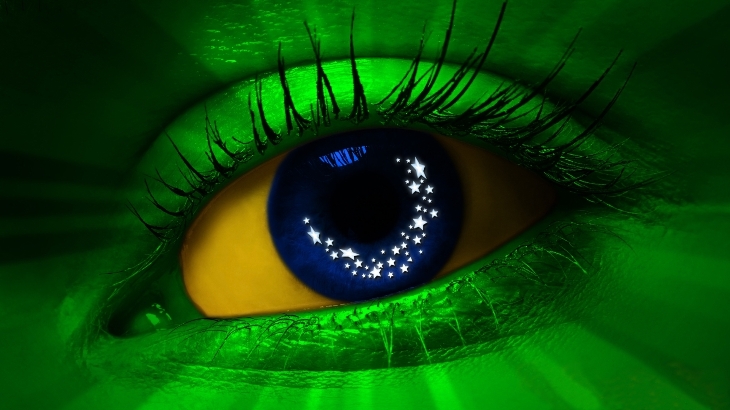 A World Leader in Ethanol Fuels

Brazil began working with ethanol from sugar cane in vehicles from as early as the 1920s. Today, there are no longer any light vehicles in Brazil that run solely on gasoline. In fact, in 1976 the Brazilian government mandated that all fuel be a mix of anhydrous (does not contain water) ethanol with gasoline. Replacing almost 42 percent of it’s gasoline needs with ethanol, Brazil has actually made gasoline its alternative fuel.

Some say this project has been in jeopardy since the discovery of salt oil in 2007 but the blending of fuels remains law and Brazil continues to lead the world as the first biofuel-sustainable economy and a leader in the biofuel industry.
Everyone Has A Maid

Though labour standards continue to improve in Brazil, it is still common practice for most households of middle-class and better to employ maids, or chrèches. Data released by the International Labour Organization (ILO) indicates that 52.6 million people are working as maids in the world. One of each eight of these is a domestic worker in Brazil, the most maids of any country at around 7.2 million.

The Only Portuguese Country in South America

Brazil is one of the ten countries to consider Portuguese as its official language and it’s the only country in South America. And while it may seem as though the Portuguese-speakers are outnumbered by the surrounding Spanish countries, they actually slightly surpass Spanish speakers in South America within one unified nation.

Brazilian Portuguese has also been very much influenced by the native languages of the indigenous people as well as the African languages of early slaves. And any Brazilian will tell you that his special brand of Portuguese is the best.

How Did Brazil End Up Being the Only Portuguese Colony on the Continent?

The 1494 Treaty of Tordesillas basically meant that the Spanish could colonize the western part of South America and the Portuguese were given the east. Brazil had more issues with their independence from Portugal and opted to unite as one nation against their colonizer. The Spanish had more bloody battles over the New World land designations for new countries, resulting in the eventual separation of the Spanish area into the the other 11 countries we know today.

In 1808, Brazil started to come into its own to be recognized as part of the United Kingdom of Portugal, Brazil and Algarves. During this time the royal family was also fleeing Portugal from Napoleon. Falling in love with Brazil on his trip, Dom Joao declared himself as the country’s ruler, becoming the only European ruler to rule a New World nation on its own soil and maintaining the colony as one strong, and eventually independent, country.

The Most World Cups

Though they may speak a different language than the rest of South America, they are well-versed in the continent’s most beloved sport, soccer. Brazil has won the World Cup five times, the most of any country, and remains the only country to play in every tournament.

In 2014, when the World Cup was held in Brazil for the second time since 1950, Brazil placed fourth after a 7-1 defeat against the later champions, Germany. Brazil remains part of a groups of only five other countries to have held the event twice which includes Mexico, Italy, France, and Germany.

What is a list about Brazil without mentioning the cultural phenomenon of Carnival? This annual festival that has gone on since 1723 celebrates the beginning of Lent and brings the city of Rio de Janeiro hundreds of thousands of tourists each year and millions of dollars in tourism revenue. The Secretary of Tourism of Rio de Janeiro reports a profit of USD $430 million (R$1.2 billion) from tourism related to the 2015 event.

Home to the Penis Snake

In 2014 biologists discovered a small population of rare, blind amphibians which got a lot of press due to their undeniable phallic appearance that gives a new meaning to the term, ‘trouser snake’. However, these snake-like creatures were eventually identified as the species, Atretochoana eiselti, and found not to be snakes at all but rather rare, limbless amphibians. They can measure up to 30 inches long have no lungs and are believed to breathe through their skin.

It really makes you wonder what other great mysteries the Amazon has for us.