If you are a regular runner or you have either started to do running, then there is no doubt someone at some point of time has said to you that running isn’t good for your knees, and by doing running, you will destroy your knees. 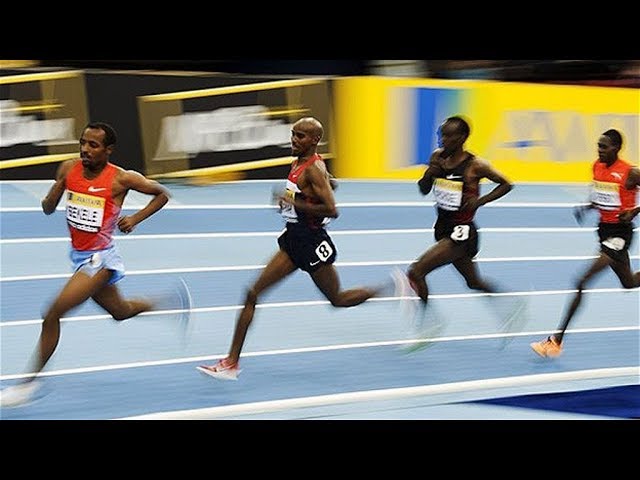 Relation of Running with the knee osteoarthritis

Many studies have demonstrated that runners are less likely to suffer from knee osteoarthritis than sedentary people. For example, during one study that followed non-runners and runners for over twenty years, X-rays showed the indications of arthritis in the knees of 20% of runners but 32% of non-runners.

A study was conducted on more than 2,000 people over several years to observe the proportion of people who developed arthritis in their knees. The participants provided detailed information about how severely and how much they suffered from knee pain, and they also outlined their previous and current exercise practices. Also, the participants were not selected because they were or weren’t runners.

But It turned out that the running status was the only thing that had an impact on. In terms of frequency of knee pain, signs of arthritis, and evidence of arthritis in X-rays, the current runners had higher results than those who were not runners.

For example, current runners had reported 29% less frequent knee pain than non-runners. In addition, former runners reported less knee pain and shown low signs of arthritis when compared to non-runners. It turned out to be just the opposite as it was thought that running damages the knee.

In one study, researchers compared the members of the running club against healthy non-runners. All the participants were at least 50 years old at the starting of the research, and researchers followed up their participants 21 years later. Not only, most of the runners are still alive, but they also reported lesser physical limitations.

A crucial part of the research conclusions was that “running in middle and later years is linked to a decrease in disabilities in later life.”

The Reason Behind Why Might Runners have Lower Rates of Osteoarthritis?

Osteoarthritis is arthritis caused by thinning and the destruction of cartilage. The cartilage is a protective tissue that provides protection at the end of bones. It is considered a joint-related disease with multiple possible causes.

With this more sophisticated knowledge of osteoarthritis, running’s possibility of preventing it from developing it is now making more sense. First, runners are likely to have a lower body mass index (BMI) than the average person. Secondly, any additional weight can put a strain on joints.

In one long-term study, runners were less likely to suffer from hip replacements and osteoarthritis than walkers and more regular exercisers. Researchers cited lower BMIs of runners as one of the possible explanations.

Like other parts of your body, the knee cartilage is subjected to the “use it” or “lose it” principle. Instead of destroying your joints, running helps to keep the joints lubricated and stimulates your body’s ability to build new cartilage.

Researchers have also observed that running can cause your cartilage to become more resilient as it adjusts to the demands of running. People who are overweight and have developed osteoarthritis are advised to exercise regularly due to these exact reasons.

What Should You Do If You Are Already Suffering From Any Disease?

The research conducted in this field is positive. One study tracked those who were at least 50 years old and had osteoarthritis present in at least one knee. At the end of eight years of research, runners experienced less knee pain, and radiological imaging revealed that their arthritis did not progress.

However, there are people with body types that are not suited for running. For example, peoples who are high pronators have the inside of their feet move more inward than it should when they are running. This puts stress on their knees and feet, which means that their body isn’t the best shock absorbers.

Individuals who have hyperextending knees – in medical terms it is known as genu recurvatum will also experience problems in running. Those who have some of these problems can run, but they may not be able to run more than one or two miles.

If you’re experiencing any discomfort or pain in your legs, it’s not a good idea to continue running. Do consult your doctor and find out the cause behind it.

How to Reduce Your Risk for Common Knee Injury

All of this does not suggest that runners are not susceptible to knee-related injuries. The results of one investigation of more than 2000 runners treated at a sports medicine clinic. The investigation found the five most common running injuries. These include

However, it’s vital to understand that most running injuries are overuse injuries. They are caused by overpressure to a particular body part, and that pressure is more than your body capability of handling it. Knee injuries aren’t likely to cause permanent damage unless you avoid them and do not try to correct the underlying issue that caused the injury.

Research suggested that knee injuries are usually caused by instability or weakness in other body parts, specifically the hips. This is why strengthening programs for overcoming and avoiding knee injuries typically include exercises that target your glutes and quads.