Julius Caesar is a name many of us are familiar with. However, do we know anything else besides the fact that he met his end on the Ides of March? 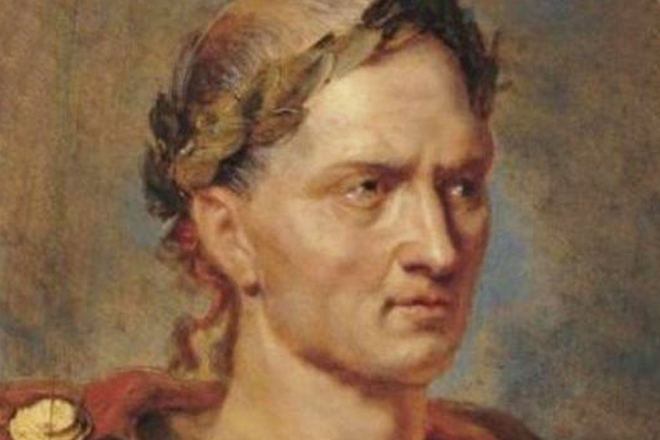 Gaius Julius Caesar, or Julius Caesar as we know him, was born into a noble family in Rome in 100BC. Noble does not mean rich, however. Caesar grew up in a modest family. His father passed when he was 16 years old but he was very close to his mother. After his father’s death, Caesar made many important connections and even married a daughter of another noble family, a girl name Cornelia. There were resistance to the marriage, especially from Sulla, the ruler then. However, Julius Caesar refused to annul the marriage and instead fled to Asia, serving as part of the Roman Army.

Caesar returned home to Rome after Sulla’s death with an interest to start a career in politics. Caesar garnered support by gathering his own private army to defeat the King of Pontus, Mithridates VI Eupator, who had decided to declare war on Rome in 74BC.

In 68BC, Julius Caesar was elected quaestor, serving a few different official positions under the rule of Pompey. He presented to his superiors and the people as well, winning the likes of them. Not long after, in 61BC, he was appointed the governor of Spain, a province of the Roman Empire at the time. With his popularity amongst the people and the help of Pompey, Caesar was elected the consul just two years after his appointment of quaestor.

Capable leaders throughout history have known to be charismatic, manipulative and knew how to please the right people. Julies Caesar was no different. While working under Pompey, and doing a good job being a pet of his, Caesar also managed to get Marcus Licinius Crassus on his side as well. Crassus was a very important and powerful general and politician. Keep in mind that Pompey and Crassus were never on the best of terms.

Throughout the 50s B.C, Caesar fought many battles against to protect Gaul, the part of Roman territory under his charge. When Crassus finally passed in 49B.C, Caesar declare war on his long-time superior, Pompey. Pompey had sided with the Roman Senate, going against Julius Caesar. Within a short span of 70 days, Caesar had chased Pompey into Macedonia. Battles were pursued in North Africa in 46B.C. The last battle in Spain a year later gave Caesar complete rule of Rome. Before those two battles, Caesar got involved in an affair with Cleopatra.

After claiming Rome for himself, Caesar changed many aspects of his people’s life. He introduced reforms to the government, which was not a popular decision among the Senate, so that he could minimize the power distributed to the other officials. This made him the most influential person on the government, allowing him to make most of the important decisions.

Caesar reorganized the calendar to make it more efficient. Also, as a man of his people, he created a police force to prevent crime and protect the people. Caesar was also known to donate grain to families that needed it and also, assigned more land to the poor so that they could earn money and feed their families with the land given to them.

Even though rule under Julius Caesar brought prosperity to Rome and expanded the Roman Empire significantly, Caesar had many enemies. Caesar was arrogant and did not like to acknowledge his elders. This trait of his made him infamous among the rest of the Senate members. The members thought that Caesar was becoming greedy for power. Also, Caesar’s manipulative and cunning personality did not sit well with the other politicians either.

As a result, a conspiracy to get rid of Caesar started. A group of politicians headed by Marcus Junius Brutus and Gaius Cassius Longinus, close associates of Caesar decided to set a trap for Caesar. On the ides of March, or rather the 15th of March, Caesar was tricked into going to Pompey’s Theatre, a place where many official meetings were carried out. There, he was stabbed 23 times, ending the life of a brilliant but cruel mind.

After Julius Caesar was made dictator, it must be no surprised that he ate like a king. However, to maintain his weight, he would regurgitate his meal, which was quite a common practice for people in those days.