Kazakhstan is the largest landlocked country in the world by area. The country covers an area of 2, 727,300 square kilometres and is boarded by China, Kyrgyzstan, Russia and Uzbekistan, Caspian Sea and Turkmenistan.  Kazakhstan is considered as a transcontinental country meaning that it lies in two continents – Asia and Europe.  Larger parts of the country lie in Asia but there is a dispute about the exact location where Europe ‘ends’.  However, only 10% of the land is in Europe and the rest is in Central Asia. However, the country’s culture, geography, and physical surroundings are more similar to those in Central Asia and therefore it is largely argued that the country is in Central Asia. 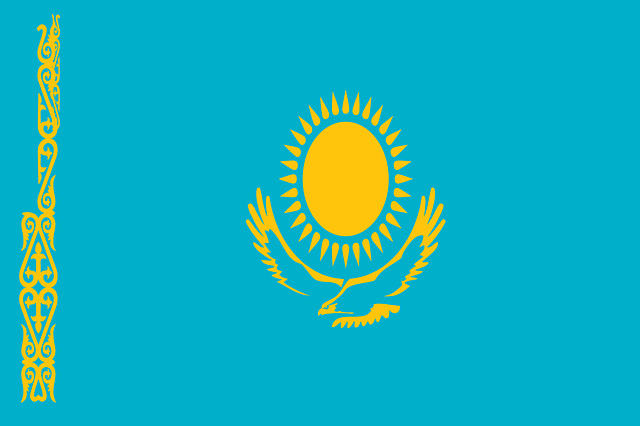 Kazakhstan is about four times the size of Texas. It is the 61st largest country in the world in terms of population and 9th largest in terms of area.

There are about 18 million people living in the country.  It is one of the countries where the capital city has been moved. The major cities are Almaty, Karagandy, Oskemen, and Astana. Because of its large size, there are about only 6 people per square kilometre based on 2014 estimates.

Kazakhstan has one of the largest lakes in the world called Lake Balkhash and it consists of both fresh water and salt water. One half of the lake is fresh water and the other half is salty water.

Kazakhstan has the world’s highest skating rink on the globe. Speed skating is highly possible in the region because the highlands and mountain water are used to make the ice which contributes to high-speed skating.

The majority of the locations and language spoke is rarely English. There are very few people in Kazakhstan who speak English. Therefore as a foreigner, one needs at least interpreters or to know a few phrases in the local language order to get around. Kazakhstan has more than 120 ethnic groups and nationalities and this is one of the highest in the European region.  51% of the people are of Kazakh ancestry while Russians make up 31.4% of the population. In addition, there are 47 religious confessions and the majority of these are Muslims. Kazakh is the language spoken by the majority of people.

The city of Almaty has a metro system that was opened in 2011. There are seven stations within the metro system and they are designed and decorated in a fancy way. All of the destinations are the same price.

Kazakhstan has one of the largest space launch facilities in the word called the Baikonur Cosmodrome. The facility was founded by the Russians and the facility is currently leased to Russia. The facility is unique and has been used for several space missions such as the Sputnik 1.