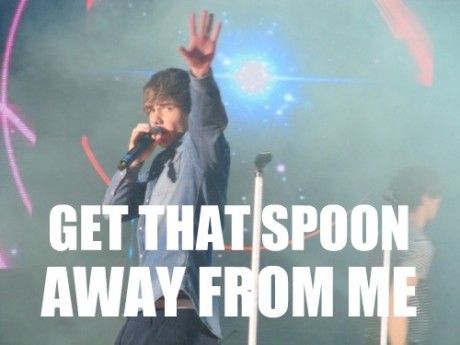 We can all safely say that there are some quite bizarre phobias out there in the big wide world. One of them being Koutaliaphobia

Koutaliaphobia is defined as the extreme and often irrational fear of spoons. It is definitely one of those phobias that come under the bizarre heading, but, it is real! And one person that suffers from this phobia is none other than One Direction star, Liam Payne.

Liam revealed and admitted back in September 2012 that he has a fear of spoons by saying, “In restaurants, when I don’t know where the spoons have been, I can’t use them. But I can use all the other cutlery.” After explaining to Liam that he does not know where the rest of the cutlery has been either, i.e. knives and forks, he replied, “I know, I’m a bit strange”.