Life is full of mysteries and while some of them may be as benign as a few missing socks in the wash, others are far more damaging. It seems as if there are an endless number of afflictions than we humans are susceptible to, and those of us who are fortunate are able to live out our lives without having to deal with any serious medical issues. There are those, however, who have to live with serious medical problems for which there are no cures and that have a profound impact on their lives.

That may be difficult to pronounce but it’s a walk in the park compared to what sufferers of these disease have to live with. Epidermodysplasia Verruciformis is also known as “tree bark skin disorder” and that’s because of the way the patient’s skin might look when the disease is advanced. We’re all familiar with warts. Some people get a few of them during the course of their lives while others never get them. People who suffer with this condition may end up with their body virtually covered with wart-like growths. The growths that break out on the skin are caused by a virus, and although the disease can be managed to some extent with medication and surgery, there is no known cure. 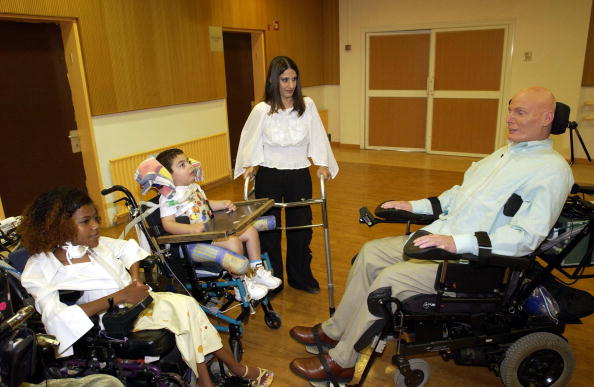 The name of this malady is a tongue-twister for sure, but the way this disease affects its victims can literally twist their bodies in very unnatural ways. Also knows as “living statue syndrome,” the disease causes bones to grow in areas of the body where they are normally not intended to be, such as inside muscles and tendons. These bones can form across an otherwise normal joint, fusing it in one position and causing serious mobility problems. It is very resistant to treatment and efforts to improve the condition with surgery often make the condition even worse. In advanced cases, the unwanted bones that form are often referred to as a second skeleton.

Luckily, this condition does not sound as serious as its name is weird. It was first observed during the 1800’s among small groups of French Canadian lumberjacks working in the U.S. state of Maine and the Canadian province of Quebec. The condition causes an unusually exaggerated startle response in its victims. The cause is uncertain although it may be influenced by factors related to culture and upbringing. A startle response is normal for most people and is often triggered by sudden and unexpected stimulus such as a loud noise or the appearance of something or someone that was not expected.

Also called Nodding Disease, this condition is characterized by seizures which manifest by repeated and uncontrollable nodding of the head. It was first discovered on the 1960’s in the African nation of Sudan, although it was not extensively researched at the time. It typically affects children between the ages of 5 and 15 years old and is accompanied by permanently stunted growth, both physically and mentally. The seizures from which the condition gets its name often appear to be triggered when sufferers begin to eat or when they feel cold. Although a small number of victims appear to have recovered from the disease, it is almost always terminal. It is not yet known what the cause is, but some researches suspect that it may involve a parasite worm called onchocerca volvulus which has been found in every area where an outbreak has occurred.

Although the people who reside in the Minnesota town for which this condition is named may not be happy about being associated with anything that has the word “diarrhea” in it, it’s a good bet that the poor souls that come down with this nasty bug have more legitimate complaints. As the name suggests, sufferers are plagued by severe bouts of diarrhea which are sometimes described as “explosive,” and may result in them having to sprint to the nearest toilet between 10 and 20 times per day or more. Just about everyone has had their own experiences with diarrhea, which normally last a day or two but Brainerd Diarrhea can last months or even years. Even though the cause is unknown and there is no known cure, the good news is that is almost always resolves itself eventually, leaving victims to get on with their lives without having to worry about being too far away from a bathroom.
[adrotate group=”1″]

The fact that this condition is also known as werewolf syndrome is probably a pretty good clue regarding its symptoms. Victims experience excessive hair growth on areas of the body where it would not normally grow. Some people are born with the condition while others develop it later in life. There is no known cure, but varying levels of success have been achieved by removing the hair with chemical and laser treatments. Obviously, shaving or pulling the hair is only a temporary solution that may last for just a few hours or perhaps days. New treatments are being researched that involve the suppression of the hormones that may be responsible for the excessive growth of hair.

The less technical name for this condition also pretty well describes the problem that sufferers must endure – fish odor syndrome. It’s caused by the body’s inability to to produce a particular enzyme. This prevents the proper conversion of an organic compound called trimethylamine in the body. With no other avenue for the compound to be reduced, it is released by sweating, urinating or breathing, causing the victim to emit a distinctly fishy odor. It is more common in women, which may be due to hormonal issues. No known cure exists but sufferers can often manage their condition with changes in diet, low-dose antibiotics or specially formulated supplements.

This definitely qualifies as one of the most – if not the most – bizarre condition in this collection. Although it might conjure images of UFOs and grey aliens with big black eyes, the real story is much more down-to-earth. People with this condition basically lose control of one of their hands periodically. Although that description might make it sound as if their hand flails around wildly or twitches uncontrollably, what happens is usually far more ordinary. People who have this condition may slap themselves, begin to undress, take things from their other hand or engage in other activities that are completely beyond their control. One of their hands acts as if it is being controlled by someone else, leaving victims wondering what their “alien” hand will do next. This condition is most often associated with brain surgery that involves the separation of the brain’s two hemispheres, although it has been noted following other brain trauma as well, such as stroke, infection, tumors and aneurysms.
[adrotate group=”1″]