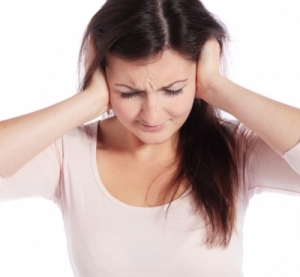 Misophonia is Greek meaning an “extreme dislike of sound” and is a term first used by the US scientists Pawel and Margaret Jastreboff in 2001. However, misophonia is not just the dislike of sound. To suffer from it is to avoid the noise or situation by way of using an unpleasant or punishing response.

Misophonia first affects sufferers at a young age, around 10-12. Common trigger sounds are connected with eating and breathing. The reaction starts with the sound and often develops to include actions associated with the sound and even anticipation of those actions. The closer the sufferer is emotionally to the “trigger” person, the more offensive the sound tends to be. The trigger sound can create an overwhelming desire to flee the vicinity of the sound or a desire to do extreme violence to the “trigger person.”

It can be identified when these negative reactions, as a result of exposure to sounds, would not result from a non-sufferer. Symptoms such as discomfort, stress, anger, anxiety, and fear become apparent before an emotional outburst.

Some of the sound triggers are soft sounds or eating and bodily noises, such as coughing, breathing, sniffing or snoring. Audio and visual stimuli can also trigger the same reaction. Not every sufferer is affected in the same way or by the same sound. Some may be unaffected or slightly affected by trigger noises that torment others.

Misophonia sufferer’s lives are greatly affected negatively by sounds not significant to other people. It is important to note that it can affect their everyday life and it is not the loudness of noise that is the problem but rather the existence of the noise in the first place. Activities such as driving a car, shopping or mowing the lawn can also be agonising. It can even result in unemployment, reduced social interactions and the breakup of a family.


While there is some self-help material available on the subject, Misophonia is a newly recognised condition that remains little studied and poorly understood. It is not unusual for patients’ problems to be simply ignored with no help offered. Many GP’s are unaware of the condition and sufferers are often told to “get over it”. Patients lucky enough to be diagnosed have their complaints classified as psychological or behavioural problems and are treated accordingly to this diagnosis.

Do you think you may have Misophonia? Do you find it impossible to sit in the same room as a noisy eater, or someone who continually coughs out loud?