New York is a large city with many things to see and do and also has a rich history. Before New York was a colony the area was in fact inhabited by two native cultures – the Iroquoian and the Algonquian people. Since the French first found the New York area in 1524 it has played a pivotal role in the history of the United States.

Here are some facts about New York that we’re sure you’ll find interesting.

Many different rumors have emerged over how the City of New York got the name The Big Apple. The fact is that the name comes from horse racing. Back in the day horse racers wanted to win “Big Apple” prizes in NYC. Sports writer John Fitzgerald used the term “The Big Apple” in every article that he wrote and the city pushed to have the term adapted as an official name.

The train system is well known across the globe as one of the largest mass transit systems in the world. It has many secrets to it though. The F Train has a lower level that was never utilized and you can still walk from 7th Avenue to Church Avenue if you manage to get access to the tunnel. There is still rumored to be a pneumatic tube train system under Broadway, it is only a block long but a manhole may lead to it from the street. There are multiple abandoned stations that either sits unused or repurposed. Multiple hotels and buildings have secret entrances in the subway system but the Waldorf-Astoria hotel had its own platform that VIPs could use to enter the hotel secretly.

Out of the residents of New York City who are over the age of 5, 47% of them speak a language other than English at home. The Big Apple has the greatest population of Chinese people outside of Asia and has more Puerto Ricans than any other city in the world. There are many different neighborhoods in New York City which are known for the people from other countries that immigrate to them.

It is Possible to Make Money From Cracks in the Sidewalk

A man noticed that in the jewelry district of New York, known as the Diamond District, there were riches to be had in the cracks of the sidewalks. Because of the sheer amount of jewelers in the area he discovered that when they work with jewels and precious metals they leave shavings and bits on their clothes and shoes which are then deposited onto the sidewalk. It is rumored that his first two sales of his collection totaled over $800. 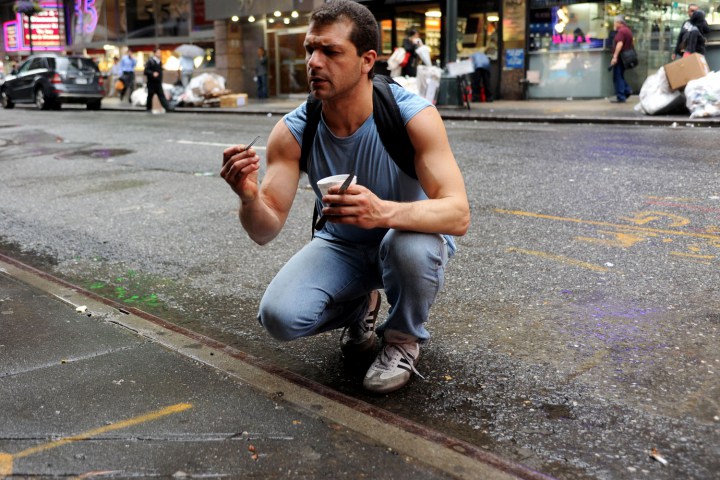 Many countries you visit have problems with their drinking water. Bacteria and other things live in the water such as mosquito eggs. New York City also has things that live in its drinking water but you are going to be a little surprised when you learn what they are. Tiny shrimp known as Copepods live in the drinking water of NYC and they help make the tap water taste fantastic. Instead of hurting the drinking water they actually get rid of mosquitoes and their eggs, rendering drinking water safe. They do not hurt us when we drink them and they are invisible to the naked eye they are so small.

New York is a Pirate’s Heaven

When you think of gold in the United States you usually think of Fort Knox but New York also stores a huge amount of gold. The Federal Reserve Bank on Wall Street is home to 25% of the world’s gold bullion, not just the United States’. This gold is located 80 feet beneath the ground in a secure vault. The vault itself is one of the most secure gold vaults in the world with thick concrete walls and a 90-ton steel door, making breaking in virtually impossible. The vault is also watertight in case of flooding.