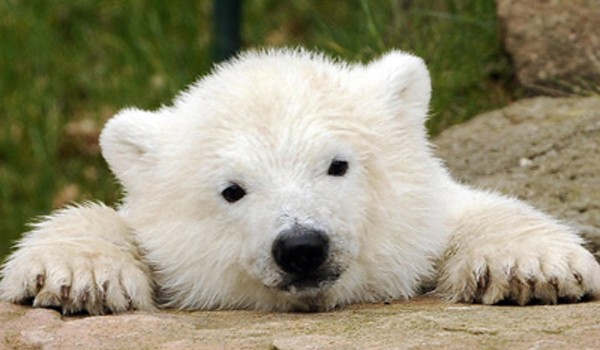 Polar bears (or Ursus Maritimus – to give them their posh Latin name) can be found pretty much anywhere inside the Arctic Circle – Canada, Russia, Greenland etc, and are the largest living land carnivore with males coming in at 400-600kg and females at 200-300kg. On average, their heights are an incredible 8.5 feet (males) and 6.5 feet (females).

Here are a few more facts about the Polar bear:

New genetic evidence suggests that polar bears ‘split’ from its ancestor the brown bear about 600,000 years ago during the Pleistocene period.  The polar bears lack of genetic diversity (it’s ‘made’ to live in the Arctic and nowhere else) suggests that changes in environment such as warm phases, led to dramatic falls in numbers at times (polar bears over heat at temperatures above 10C/50F), but nothing like the numbers we’ve seen now.