She is commercial, regional and global. A Hindi Cinema (Bollywood) actress, international singer, and producer. The ladder leads to one name Priyanka Chopra. With over 2.5 million followers on Twitter, she has gained Filmfare honors for her Bollywood films such as Aitraaz, Fashion, and 7 Khoon Maaf.

The Madhur Bhandarkar film Fashion in which she portrayed a supermodel, won her the Best Actress National Award in 2008. One of her well-acclaimed works includes her character in her 2012 film Barfi where she played an autistic girl. She was praised greatly for her flawless act and is considered as one of her finest performances. Her music single ‘In My City’ was also released in the same year and won the Best International Debut Award in India for the People’s Choice Awards. Currently, she is among the top ten highest paid television actresses in the world starring on ABC’s American TV series Quantico as Alex Parish. The series has completed two seasons for which she has won two People Choice Awards one for ‘’ favorite actress in a new television series’’ in 2016 and ‘’favorite actress in a TV drama” in 2017. 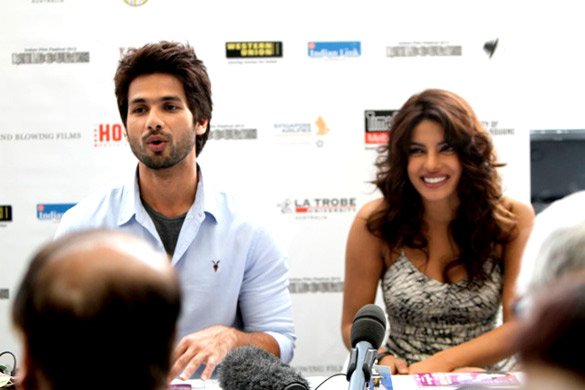 Priyanka was born on 18th July 1982 in Jamshedpur, India to physician parents Dr. Ashok and Madhu Chopra. She has a brother named Siddharth who is seven years younger than her. As her father was an army officer, due to his work commitments most of her childhood was spent jumping from one city to the other, such as Delhi, Pune, Lucknow, and Bareilly. She attended La Martinere Girls school in Lucknow and went to St Maria Goretti College in Bareilly. At thirteen, she moved to the United States to study and attended school in Newton, Massachusetts and Cedar Rapids. Her teenage years were not very joyful as she was bullied for being Indian. Upon return to India, she completed her education at Army Public school in Bareily.


Her initial career aspirations were to become an engineer or a criminal psychologist but at the age of 18, upon her mother’s encouragement, she took part in the Femina Miss India contest and received the crowning glory of becoming Miss World 2000. Shortly after she also won Miss World Continental Queen of Beauty: Asia and Oceanic, at the Millennium Dome in London. She is proudly the first ever Indian actor to have her foot impression cast in a Museum in Italy named Salvatore Ferragamo, in addition to other famous impressions of Audrey Hepburn and Marilyn Monroe. She also made her Hollywood starring in American action comedy Baywatch as Victoria Leeds with Dwayne Johnson and Zac Efron. She claims that she received training for becoming an actress and coming directly from Priyanka herself, she believes ‘’she is an achiever’’, not a star or actor.

In the process of achieving stardom, Priyanka has not only been involved in projects associated with Bollywood and Hollywood but has also expanded her love and interest in Indian regional cinema. She has been interested in film production and launched Purple Pebble Pictures. The production company exposes regional cinema in ways that welcome cast and crew members of those regions to be a part of the filmmaking process, rather than be oppressed by the Hindi film industry. Co-owner of PPP is Priyanka Chopra’s mother.

In 2016 PPP produced a Marathi comedy-drama Ventilator directed by Rajesh Mapuskar which was critically acclaimed and won three National Film Awards. Other films under the banner include Bam Bam Bol Raha Hai Kashi, a Bhojpuri film and a Punjabi one called Sarvann. Priyanka also released a Sikkimese’s film Pahuna: The Little Visitors. In 2017 PPP made its debut Cannes appearance where Indian regional films were pitched, one of which was a Hindi-Konkani film ‘Little Joe’ revolving around a kid that expresses himself through cartoons and drawings.


Apart from PPP Priyanka Chopra has also supported many philanthropies and started the Priyanka Chopra Foundation for Health and Education in India, to whom she gives 10 percent of her earnings. She is a goodwill ambassador for Unicef and worked with them for the past ten years. Her efforts to promote education for girls in India and protecting children’s rights continuously evolves. Priyanka’s humanitarian work also consists of supporting the environment and women’s rights which derive from her personal experiences. Having witnessed her parents as physicians in the Indian army she saw how girls did not receive the same privileged treatment that boys received. This influenced her to support girl causes and also serves as an ambassador for ‘Girl Rising’ – a campaign which helps to globally improve education for girls.

Priyanka considers that it is ‘’a social responsibility rather than a charity’’. Her visits include Zimbabwe and Jordan where she met young girls and Syrian refugees, children, and families. In late 2017 she was honored with the Mother Teresa Memorial Award for social justice.